Will 2022 Be Santiago Moreno’s Year In Portland? 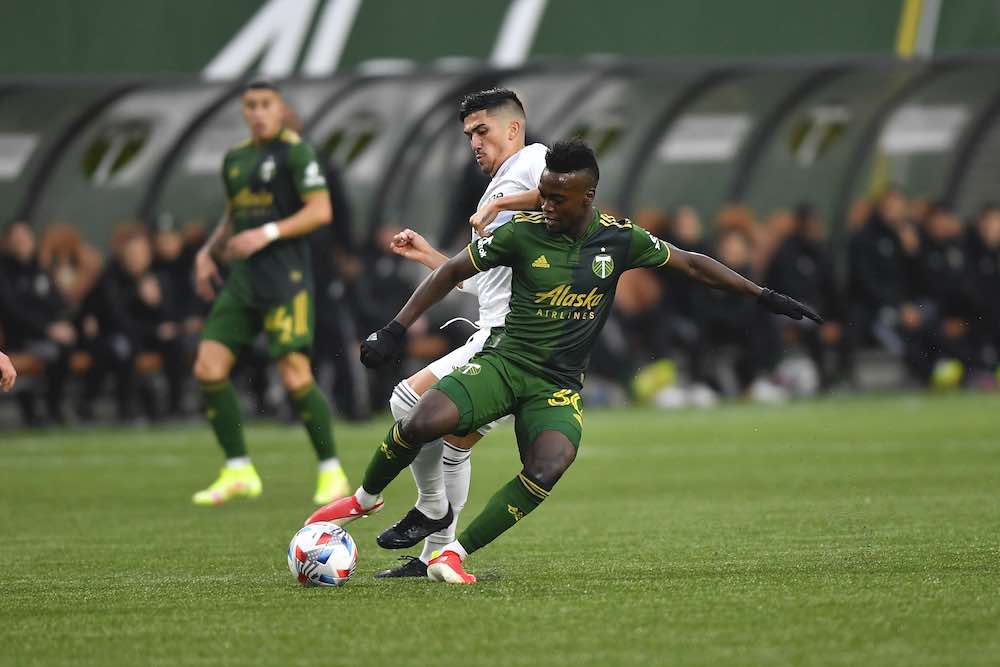 It was a season so close to success for the Portland Timbers who fell at the final hurdle, losing on penalties to New York City FC in the 2021 MLS Cup final.

They have been a regular threat in Major League Soccer and have appeared in the playoffs seven times since their expansion season in 2011.

This off-season, much of the talk has centred around Diego Valeri. The Argentine attacking midfielder returned to his boyhood side, Club Atlético Lanús.

His loan from Lanús to Portland in 2013 was made permanent by the MLS side after a successful first season, netting four goals and providing eight assists in 20 games.

He has since gone on to make over 262 appearances for the club, scoring 86 goals, and the 35-year-old leaves a huge hole to be filled in the side.

As well as Valeri, Sebastián Blanco has departed leaving two of their more experienced attacking midfield players missing from a side who will want to challenge once again in 2022.

There are places up for grabs and the chance for a new player to shine this season, and it could be time for Santiago Moreno to step out and establish himself as an MLS starter.

Santiago Moreno is ready to make his way to Portland soon! #RCTID pic.twitter.com/P6nN4xdILZ

Moreno arrived for around $2.5m last season from América de Cali in Colombia. The 21-year-old diminutive winger has joined with a lot of promise, bags of pace and the skill to thrive in MLS once acclimatised.

He made just four starts last season, accumulating just over 500 minutes of action. He managed to open his account for the side in the playoffs with a goal against Real Salt Lake in the 2021 Conference Finals in a 2-0 win.

Moreno has been eased in, he is learning a new style of play and let’s not forget is still very young. He had two seasons with America scoring 10 goals and assisting seven in 52 matches.

This season could be a big one for Moreno with his side looking to move on from their former South American No. 10s.

Coming from the wide areas, Moreno showed his ability at Cali where he would find runs in behind the fullbacks or pick up space in front of the defence and drive with the ball.

He has scored goals with both feet, hassles opponents with his speed and in possession as well as on the counter-press and can control the ball at pace.

The youngest of a mix of attacking midfielders in Portland now, Moreno was brought in with expectations of adapting and improving the side.

2022 could be his chance to begin to justify the price that was paid and begin to cement his place in the starting 11. He has all the attributes to light up MLS this season has had the chance to learn to play a new style of football.

Having the time to adapt to the new country, Moreno highlighted in December the difference between MLS and Colombian league football.

He mentioned how MLS is more tactical and Colombian football is constant transitions. His pace and energy helped in that style, and he is now learning how to adapt his game to the new style.

With the time he has had 2022 could be a big year for the young Colombian.