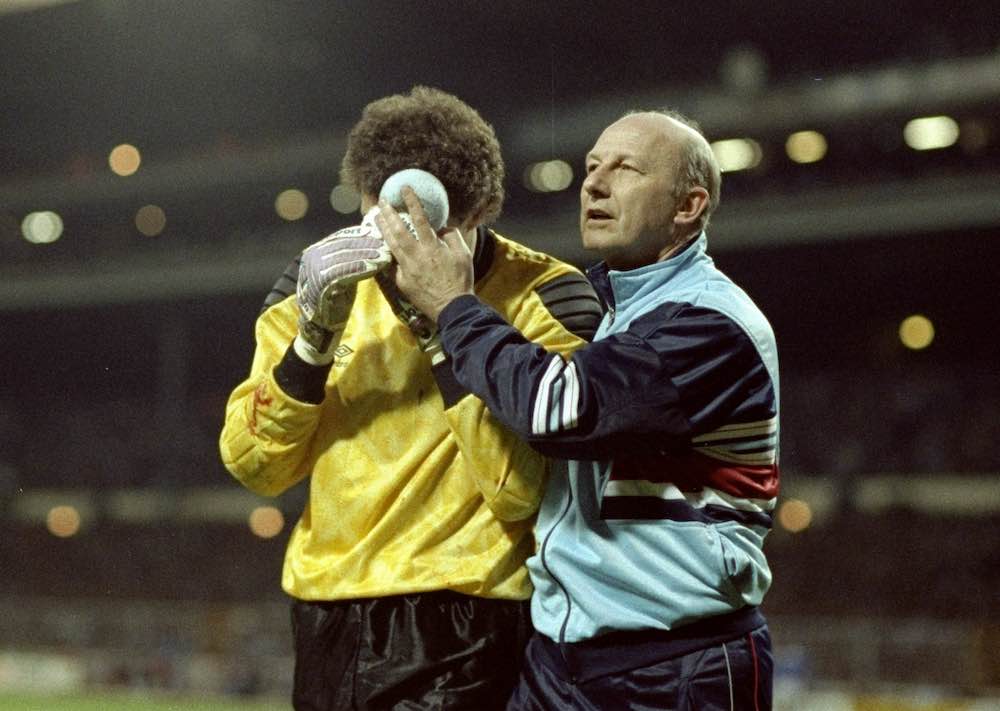 You were born in the 1930s in London. What are your earliest memories of football?

“I was born on Holloway Road which was around half a mile away from Highbury. It was a difficult place to grow up in the 1930s.

“We did not get to play a lot of football when I was really young due to the Second World War starting in 1939. That was the era of my childhood.

“However, as time went on, us cockney kids would roam the bomb sites looking for shrapnel or kicking an old football about.

“One lad who I played with as a kid called Tosh Chamberlain managed to get a scholarship with Fulham at the age of eleven which fascinated us.”

Although you did not play the game as a professional, you worked within football at the highest level for many years for club and country. Your journey into football was a unique one. What did you do before becoming a physiotherapist?

“I left school in 1947 and started an apprenticeship as a mechanic in a north London garage.

“I was there for four years until I joined the Royal Air Force in 1951 and trained as a physical training instructor. I qualified and worked my way up to become a Sergeant at RAF Headley in the rehabilitation centre working with injured and disabled servicemen from the Korean War.

“I stayed with the RAF for five years in the role until I was advised to meet Bertie Mee who at that time in the 1950s was running an NHS rehabilitation centre in Camden Town, London.

“Bertie left the NHS to join Arsenal in the early sixties and little did I know that he would ask me to join him many years later.” 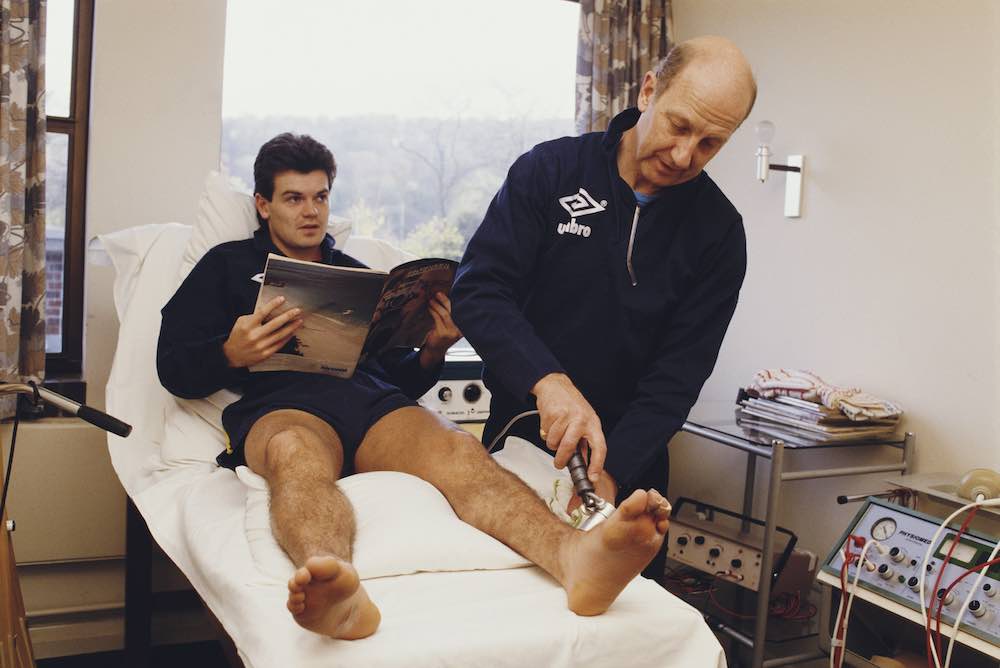 Your first job in football was with Stoke City under Tony Waddington. I believe Bertie was pivotal in you taking the job and that you even turned down the chance to work with Jimmy Hill at Coventry. Is that true?

“Yes, that is true. Bertie became Arsenal manager in 1966 and rang me to say that Stoke City wanted to talk to me about becoming a physiotherapist and trainer at the club.

“I told him that I was not interested and that I had turned down a similar offer from Jimmy Hill while he was at Coventry City.

“However, the opportunity was offered to me again over the summer of 1968 and I agreed to give it a go. I joined Tony Waddington at Stoke and my role was to head up injury treatment and take care of the general fitness of the side.

“Stoke were a yo-yo club then but Tony was the right manager. It was a lovely club and I grew to thoroughly enjoy my time there.”

You finally teamed up with Bertie Mee at Arsenal and had an illustrious association with the club. How did the move materialise?

“Arsenal had won the double in 1971 which was a remarkable achievement back then. Their physiotherapist had left and Bertie rang me to tell me that he wanted me to join him and that the job was mine if I wanted it.

“I told him that I would be interested but that I would not be walking out on Stoke as they had treated me well and that due process between both clubs to ensure an amicable exit was necessary or I would be staying where I was.

“I met with the Stoke chairman Albert Henshall and told him about the situation and he was honest enough to tell me that he wouldn’t stand in my way.

“The next day, Bertie rang me to tell me that I had been transferred to Arsenal. Unbelievable.

“Arsenal paid five thousand pounds for me and I was told to report for training the next day for an immediate start. It was a whirlwind.

“I would not have left for any other football club but this was Arsenal who I had watched from the 1940s in the post-war years. Returning to the club and to London was too good to turn down.

“I stayed at Arsenal for fifteen years and we had success, cup finals and European football. Nothing but great memories.” 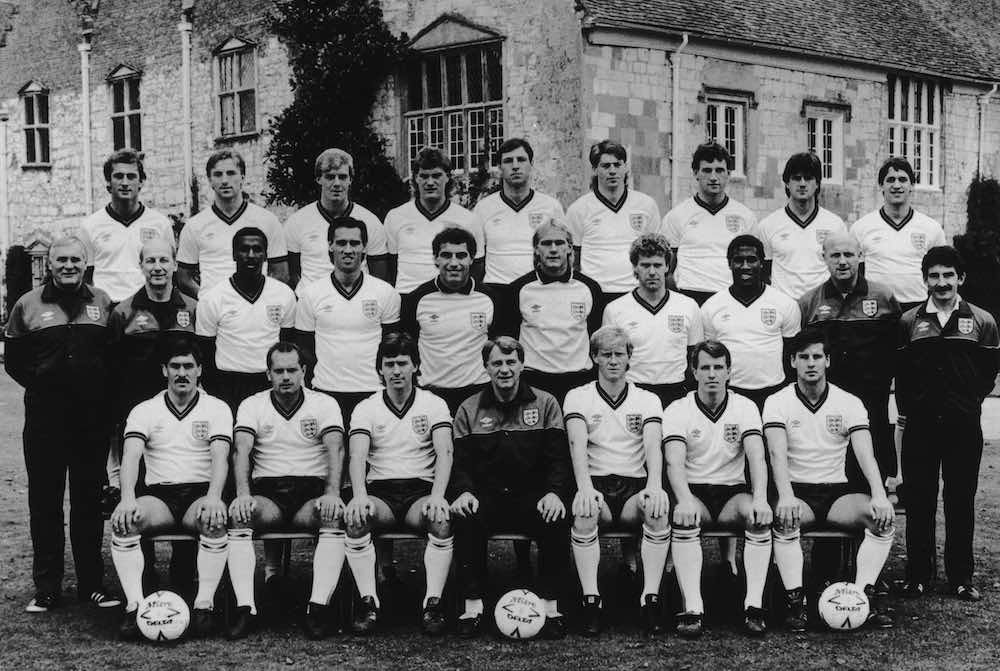 You were then approached by the Football Association to join the England setup. That must have been a proud moment for you and your family?

“Indeed. I was invited to join the England setup early into my time at Arsenal which I was honoured to do. I combined both roles and was at the FA for 20 years from 1974 to 1994.

“I worked with Don Revie, Ron Greenwood, Sir Bobby Robson and Graham Taylor. All of them attempted the impossible job.

“Together we took part in five World Cup campaigns and qualified for three World Cup tournaments. The best and most memorable of course was Italia 90. We so nearly made the final and that was a great experience albeit a crushing one in the end.

“It was great to work for my country. We had many European championships and goodwill friendly tours as well.” 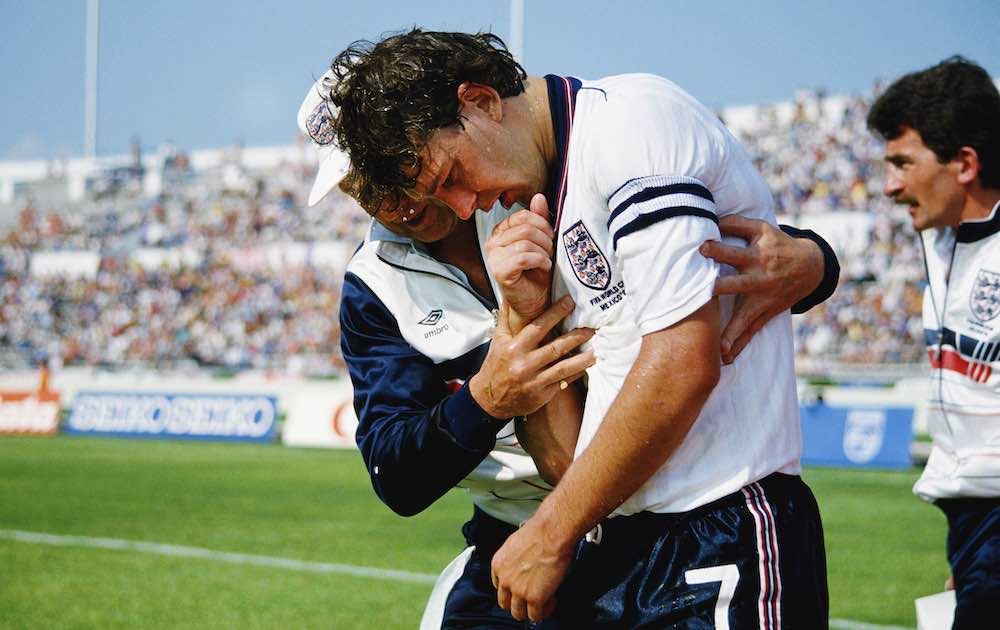 England player Bryan Robson and his injured right shoulder is helped off the pitch by physio Fred Street during the 1986 FIFA World Cup match between Portugal and England on June 3, 1986, in Monterrey, Mexico.

Overall, Fred, how do you reflect on your life in football?

“All in all — win, lose or draw — I would not have missed a minute of it. Through my eyes, we had the very best of times.

“After all those years in the game, I set up a private practice in Mayfair, London and worked for another 25 years until I finally retired at the age of 77.”