Jon Newby On Liverpool, Carragher, Gerrard, And Career In The Lower Leagues 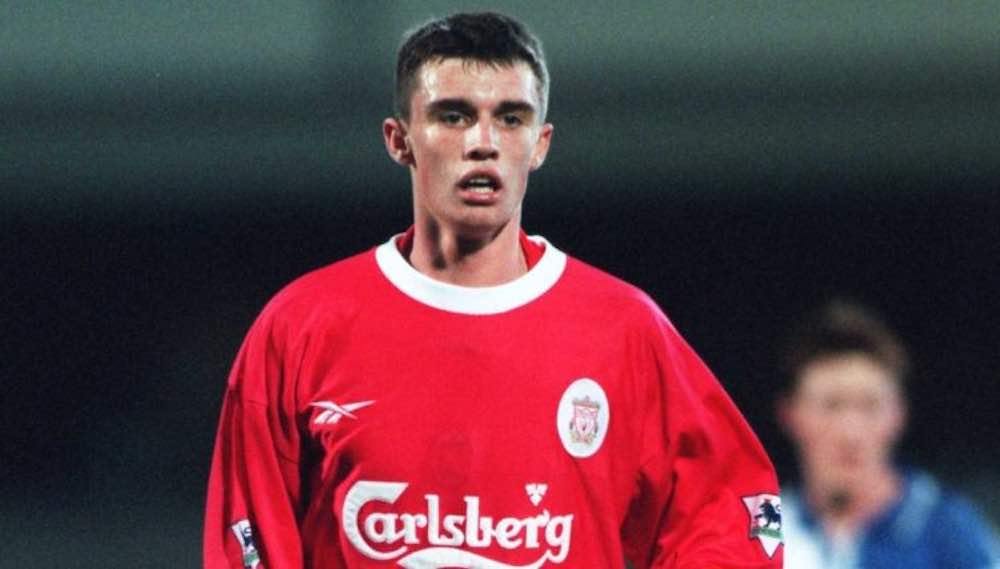 An interview with Liverpool FC scout and former player Jon Newby, by Callum McFadden for WFi.

You are a product of the Liverpool academy and won the prestigious FA Youth Cup trophy in 1996. What are your memories of your youth team days?

“It was a dream for me to play for Liverpool at any level as I’ve supported the club since I was a young boy.

“I went to my first game at five years of age so to come through the system was amazing.

“I had the best youth coaches in the country and I came through alongside some great players including Michael Owen and Jamie Carragher who played in the youth cup winning side.

“Steven Gerrard was a year younger than me but because he was such a good player, he’d get the call up to play for our team.

“He was an incredible player because he could pick you out from area of the pitch as a forward even as a teenager.

“I’ve had many arguments over the years with football fans when it comes to the Gerrard, Lampard or Scholes question. You could say that I am biased but for me, it has to be Steven. He did not have a weakness in his game.

“Jamie Carragher was exactly as you see now. He hated losing whether it was five a side or a real game and would play in his bare feet if he had to. He just loved football and still does as you can see on Monday Night Football each week.

“Liverpool was a perfect place to learn as a young player. Expectations were high. You were taught to pass and move and tricks that showed you how to get out of trouble when you were being closed down as an attacking player.

“It naturally gets harder to stay at a club like Liverpool with each passing year but I was fortunate that I was one of the players who was kept on and managed to feature for the first team on a handful of occasions.”

4 of the squad went on to make a first team appearance.

Can you talk me through the emotions that you feel when you represent the Liverpool first team?

“It was massive. My debut was against Hull City in the League Cup in 1999. Just to get on the pitch at that stage of my career was an unbelievable feeling.

“I actually set up a goal at the Kop end for Karl-Heinz Riedle in his last game for the club before he joined Fulham.

“I made a handful of other appearances including in the Premier League against Middlesbrough.

“Obviously, I would love to have played more but you get to a stage when you realise that you are maybe just a little bit short of the overall quality needed to sustain a career at the club.

“That is no disgrace for a player because you need to be one of the best players in the country to play for Liverpool every week so I have nothing but great memories of playing for the club.”

You played for Bury in two separate spells. How did each compare?

“The two spells were different, one was good and one was not so good (laughs). That sums up my memories of Bury.

“When I initially arrived having left Liverpool, it was great for me as I became a first-team regular for the first time. I scored on debut and hit the ground running straight away and the fans took to me immediately.

“I played around 117 consecutive games in a row and fell in love with the place in my first spell. Playing first-team football was amazing compared to reserve football as you could feel how much each game meant to the fans.

“The second spell was tougher because I had an ACL injury while at Huddersfield prior to returning to Gigg Lane.

“I was not the same player when I returned to the club. I had lost confidence but I still have it my all even if it was not on the same level as my first spell with the club.” 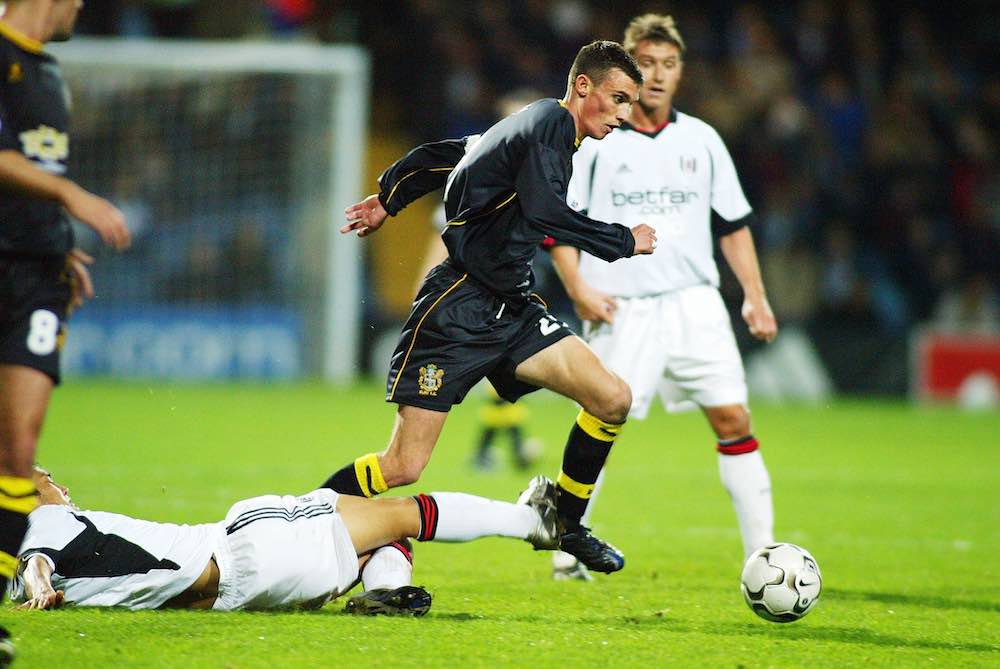 You made history at Morecambe by becoming the first player in their history to score a hat-trick in the EFL. How do you reflect on your time at the club playing under Manchester United legend Sammy McIlroy?

“It was an interesting time as it was their first season in the Football League and not much was expected of us.

“For a large part of the season, we defied expectations and were in and around the playoffs. We had a good squad and a real togetherness.

“I only started around fifteen games but I scored eleven or twelve goals in that season. I loved my time at the club and I would love to have stayed but in the end, it didn’t quite work out for me with Sammy as he had different opinions on things.

“How it ended doesn’t change how I view the club, I had fantastic times there.”

You swapped Morecambe for Morton in 2008. You actually presented me with my Player of the Year award while I played for Gourock Boys Club, which is not too far from Cappielow! What was your opinion of Scottish football and Morton as a whole?

“I actually remember that day, Callum (laughs)! We drew 1–1 with Dundee on the Saturday and I remember making my way to Greenock for the event on the Sunday.

“Who would have thought that we would speak again all these years later and that you would be interviewing me? It is funny how life works.

“I always felt that it was important as a footballer to go into the community, particularly with the type of club that I was at because they were family and community clubs.

“The fact that you still remember it to this day is what it is all about because I remember when players would do these sorts of things when I was a young, up and coming player and it is important to give back whenever you can.

“In terms of Morton, I wanted to try something different and a move to Scotland was a new challenge for me because I had only played in England until that point of my career.

“I was playing catchup from day one as the Scottish pre-season starts a couple of weeks before the English pre season due to the different season start dates. That meant that I was behind the rest of the lads when I joined up.

“I scored on debut away at Clyde which was a great start but the travelling situation did not work right in hindsight.

“It is the one big disappointment in my career because I would love to have made an impact in Scotland, particularly as I had just come off the back of a strong goal scoring season at Morecambe.

“However, in the end, I started three games before Davie Irons made his mind up that I was not for him and I moved on.

“The club had a good set of lads and really good feel about it. I wish I could have stayed at the club longer.”

You have gone full circle and are now back at Liverpool. What is your current role at the club?

“I work as an academy recruitment scout for the ages of nine to fourteen. Liverpool is a fantastic club and I absolutely love my job here.”

Finally, Jon, your new book, ‘Addicted to Football‘, has just been released. What can readers expect from the book?

“I think the book is different to others out there. I love reading the books of the elite footballers and reading about how they’ve got to the top and stayed there for many years.

“However, this one is different to that because it’s a very uncertain story as is often the case with lower league footballers.

“Sometimes, you don’t know where your next contract is going to be or whether you are going to have to uproot the family again. So, I wanted to share the reality of the game from my perspective.

“I did not want to have a ghostwriter so this is my story in my own words. I felt that it was important that I was able to do that to make it as authentic as possible.

“I have a heart condition which has changed my life and I wanted to share the reality of that and how external factors can impact a footballer too.”

I guess the obvious question to ask has to be: is it tougher to score a hat trick in the Football League or write a book on your own?

“That’s a great question (laughs). I would say if I could do it all again then I would try and score another hat trick in the Football League rather than write another book.”