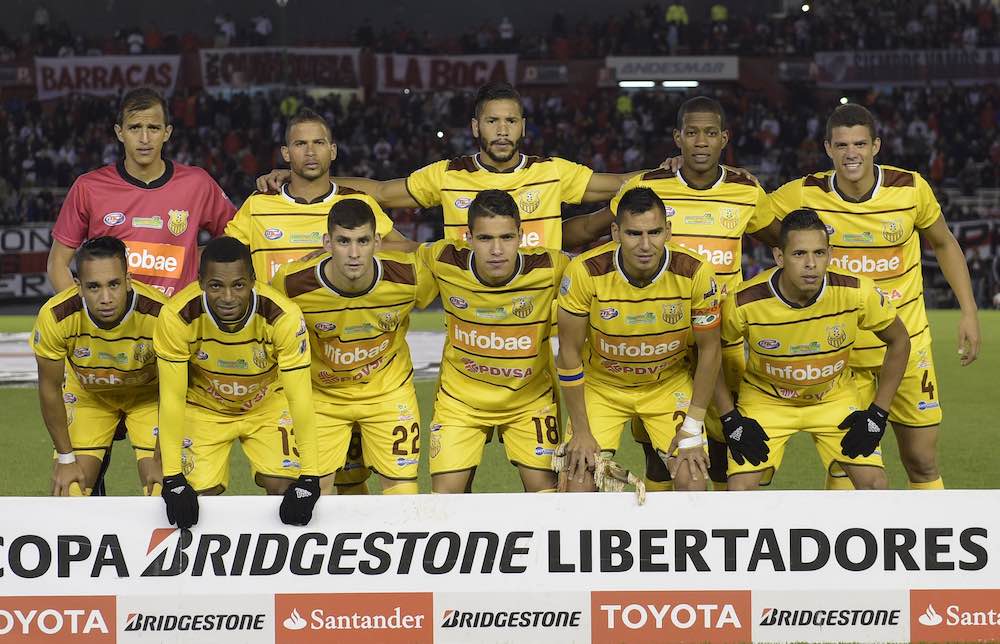 After 40 years of history, sagas that included trophies, the Copa Libertadores, and producing talents that would eventually play in Europe; by the end of 2021, it seemed like Trujillanos Fútbol Club was set to become nothing more than a chapter in a textbook.

The Copa Venezuela titles of 1992 and 2010, the origins of players like Wilker Angel, Arquímedes Figuera, and Juan Falcón, and even the club’s Copa Libertadores against The Strongest in 2016 all seemed destined to become lost to the ages.

If Unión Atlético Maracaibo, Deportivo Anzoátegui, and Minervén — all with legacies in Venezuelan football and the Libertadores — could disappear entirely or close to it, why not Trujillanos?

The club was far from the capital of Venezuelan football. In fact, based in the city of Valera, Trujillanos is one of the few recent top division clubs not based in a state capital to begin with, despite being the only major club in Estado Trujillo (Trujillo state).

Trujillanos’ problems came to a head in 2021 when the team fielded a largely young and inexperienced squad to get around growing issues from every corner.

The team, while containing some talent, earned just one point from 24 games, were relegated well before the season was over. It was an event so drastic that, even in Venezuelan football which often sees one or two clubs earn lopsided relegations, was a major point of discussion.

Many suggested at the halfway point of the regular season — with Trujillanos suffering losses sometimes separated by four, five, six goals — that the club should simply be ejected from the league.

For Trujillanos, the trouble began long before the traumatic season of 2021. Rubén Pérez, one of the minds behind the Trujillo-focused sports journalism group SoloTrujillanos, says the club owed debts to players, coaches, and other staff dating back to 2019.

The debts would only grow worse as time passed, with a whole season of additional contracts to pay by the conclusion of the year. While standout players like Lete Ortiz, Ronny Maza, and José Hernández Chávez had all left since 2020, most departed as free agents, a common issue caused by the pattern of one-year contracts in Liga FUTVE.

Once the 2021 season was over, the assumption by many was that the club was dead. Many players were signed off to other clubs within the first month of 2022, including Brando Castillo and Jair Andara to Carabobo FC and Jean Gutiérrez to reigning champions Deportivo Táchira.

Trujillanos would surely be swallowed by its debts and disappear. But then, a slim but incredibly bright light emerged.

Hugo López, a name that will appear several more times, would emerge in early January at the head of a group of businessmen interested in purchasing the club. The potential owners, however, would require a fixed solution be found to tackle and eventually pay the club’s debts.

After weeks of speculation, López would explain the situation in an open letter: “We have to establish a maximum waiting period until next Thursday, January 20th. If this isn’t achieved… we will have to set aside acquiring Trujillanos.”

As the 20th approached, positive news would come in bursts, suggesting former players and staff of Los Guerreros had been convinced to agree to the debt plan. But, as the fateful day approached, there remained word that as few as five, then three, players according to some reports, were holding out.

It would not be until the afternoon of January 21st, after a publicly quiet night on the 20th from López’s camp, that the public face of the takeover would announce all negotiations had been finalized.

Trujillanos would survive to fight another day, with the recovery and renovation of the club’s home stadium, Estadio José Alberto Pérez, as one of its first missions.

SoloTrujillanos reported on February 11th that club representatives were present for the first assembly meeting for Liga FUTVE 2’s 2022 season, which will likely start in mid-March. On February 14th, reports confirmed that former Deportivo La Guaira, Deportivo Lara, Portuguesa and UCV manager Lenín Bastidas would lead the club for the 2022 season.

Trujillanos FC would hold a press conference on February 17th. During which, Hugo Pérez, now with the title of club president, would give assurances that the takeover had been completed successfully.

Joined by state governor Gerardo Marquez, the panel would note that the club would be owned independently of the local government, though the state would provide help with travel to and from games for the press, amongst other services.

On the 18th, SoloTrujillanos reported that Trujillanos’ debts were officially in the process of being paid, with an additional report on March 4th stating that 99 players had had their debt cancelled, with four remaining to be dealt with.

Wonderful news for #Trujillanos. They still have to earn promotion, but this historic club seems more and more alive every week. https://t.co/K6vuw9GVeL

For journalist Rubén Pérez, the revival of Trujillanos Fútbol Club is far more than a note on a league table. Pérez explains that to save Trujillanos is to save part of the Trujillo family.

“It’s the same as when you have a family member on the verge of death and suddenly they can recover,” he said.

“For many Trujillanos, the Amarillo y Marrón is more than our football team. I would say that it is a way of life. Trujillanos fans are warriors on a daily basis.”

He adds that without Trujillanos FC, easily the largest club the state has ever produced, football in Trujillo would have been dealt a serious blow to its very core.

“Soccer in Trujillo could become an orphan if Trujillanos FC disappears. In 2008 there was another team called Atlético Trujillo and it never aroused anyone’s interest. The identity of Trujillanos has no replacement.

“In addition, the only international historical heritage of the State of Trujillo would be lost. Without Trujillanos, state football would also die. A popular team is not the same as a team without popularity, where nobody cares what happens to them.”

Atlético Trujillo, a short-lived lower division side, at one point made the climb up to the second tier, only to merge with and disappear within Real Esppor, which would later be renamed as Deportivo La Guaira.

Pérez says that the work is not done to return Trujillanos to a healthy state of being. He says that the organization as a whole needs to be made well again if the hopes of immediate promotion are to be realized.

“I think that the first thing is to clean up the institution completely, then with good sports management seek a return to the first division.

“That includes an adequate coaching staff whose way of working is respected and that a good squad is put together.

“Together with the recovery of the historic warrior caste and the drive of the entire Trujillo people, I am sure that we will return to the first division this year.”

In the end, Trujillanos’ predicted partaking in the 2022 Liga FutVe 2 season is not a promise of redemption. It is an extremely difficult league to get out of for most, sometimes with just one promotion spot to battle for.

However, it has managed to be a reasonable home for historic clubs like ULA and UCV. The latter of which, a historic club founded in 1950 but locked out of the first division for much of the late 20th century, earned promotion in 2020 and has performed well since.

Perhaps Trujillanos will return in just a year or two, perhaps their fans will have to wait longer. Either way, with the club still functioning, there is a vanguard in place capable of guiding the football-loving people of Estado Trujillo forward. These days, that might just be enough.