Alfie May On Progression, Promotion And ‘Top-Class’ Phil Foden 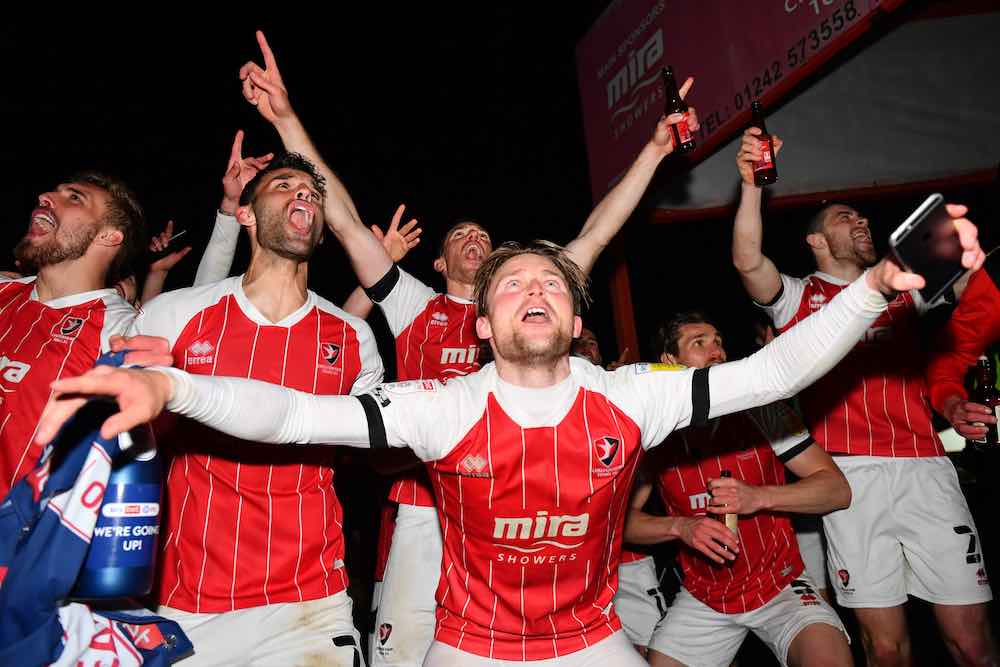 An interview with Cheltenham Town striker Alfie May, by Callum McFadden for WFi.

You played a key role in Cheltenham Town’s promotion to League One as champions in 2020/21. You have continued to thrive in League One this season and are having the best goal-scoring season of your professional career. How would you summarise the season so far?

“This year I’ve become stronger physically. I knew that I needed to work harder in the gym and I told my family and friends that I wanted to have a good go at succeeding in League One.

“I felt that I did not get the chance to make an impact at Doncaster when I was last in the division due to a lack of regular game time so I was more than determined to succeed this time around.

“I am fully focused on making difference for Cheltenham and at the moment, I can’t stop scoring (laughs). Long may it continue.”

Can you talk me through the progression of Cheltenham under Michael Duff during your time at club so far?

“Michael is superb. He has trust and belief in the group. He works incredibly hard.

“He is humble having started in non-League as a player and working his way up to the Premier League. He knows what hard work looks like and knows how far hard work can get you.

“He always tells us that the work that you do in the shadows when people aren’t watching makes the difference.

“If you get home and eat McDonald’s and let go then you are letting your teammates and yourself down.

“The gaffer emphasises that you need to fully commit to being the best that you can be and with his staff, he makes sure he plans each day thoroughly for us as a group.

“I enjoy working with him and so far we’ve won promotion to League One as champions and acquitted ourselves well in League One since I’ve joined the club. It’s been a great journey so far.”

I have to ask you about scoring against Pep Guardiola’s Manchester City side in the FA Cup. Pep even singled you out for individual praise. Was that one of the best days of your life?

“It was definitely up there. It was an amazing day for the club.

“I got lots of headlines for scoring but it was a team effort that day as it always is at this club. It was just a shame that the fans weren’t able to attend the game due to covid restrictions. That would have made the occasion even better.

“When I scored, the feeling was unreal because I was scoring against one of the best sides in world football. It was honestly like scoring my first ever goal in professional football all over again.

“I was able to get Phil Foden’s shirt after the game too which was nice. He was brilliant to talk with. He came into our dressing room after the game to give me his shirt and he spent time talking to all of the lads in our team and taking photographs with us.

“He did not have to do that. It was a touch of class from a top-class footballer with a massive future ahead of him for club and country.” 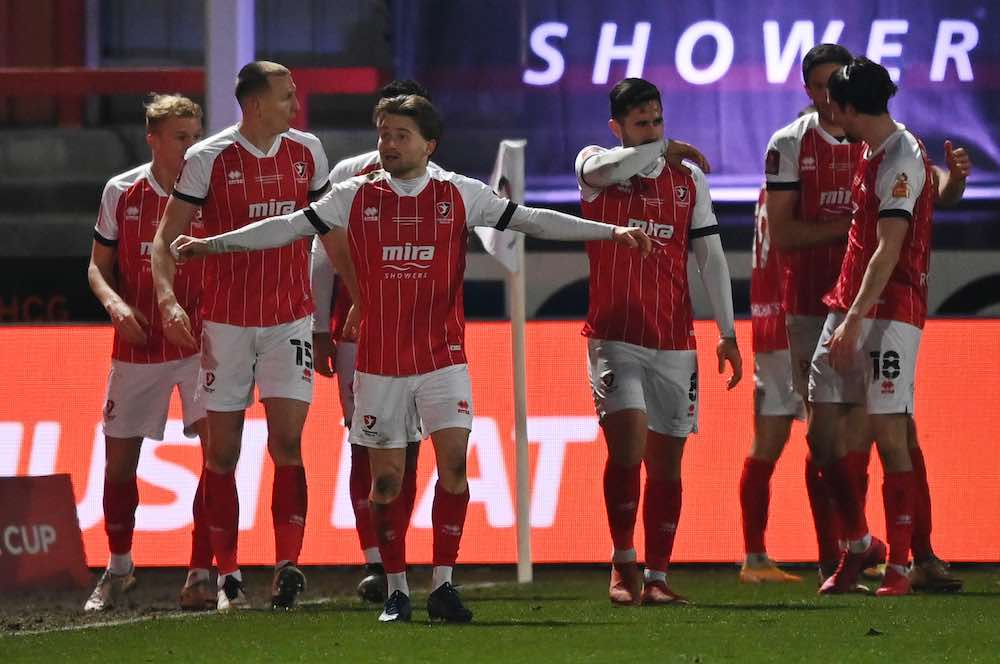 You played in non-League for a number of years before Doncaster gave you the opportunity to become a Football League player at the age of 23. Did you ever think that the time had been and gone for you to become a pro?

“I didn’t think I would become a professional after being released by Millwall as a kid and playing in non-League for so long.

“I thought I’d always be a non-League player who combined football and work. I was a timber framer and I absolutely loved it because I worked with my brothers and cousins from the age of 16. Never a dull moment.

“I had so many trials at clubs and always ended up getting the same feedback that clubs would come back to me at the end of a season. I wouldn’t hear from them again which was harsh.

“I owe a lot to Hythe Town who gave me a platform to perform which got me spotted. I had performed for other clubs too but it was at Hythe that I earned the move to Doncaster.

“I owe a lot to Matt Longhurst and Clive Cook who I worked with in non-League. They reinvigorated my love of the game after being released at a young age and we’re father figures to me. They never gave up on me and that’s what non-League is all about.

“There is so much talent in non-League that sadly gets missed. I am fortunate that I was not one of them and that I got the break that I needed.”

How do you reflect on your time at Doncaster under Darren Ferguson, Grant McCann and Darren Moore? 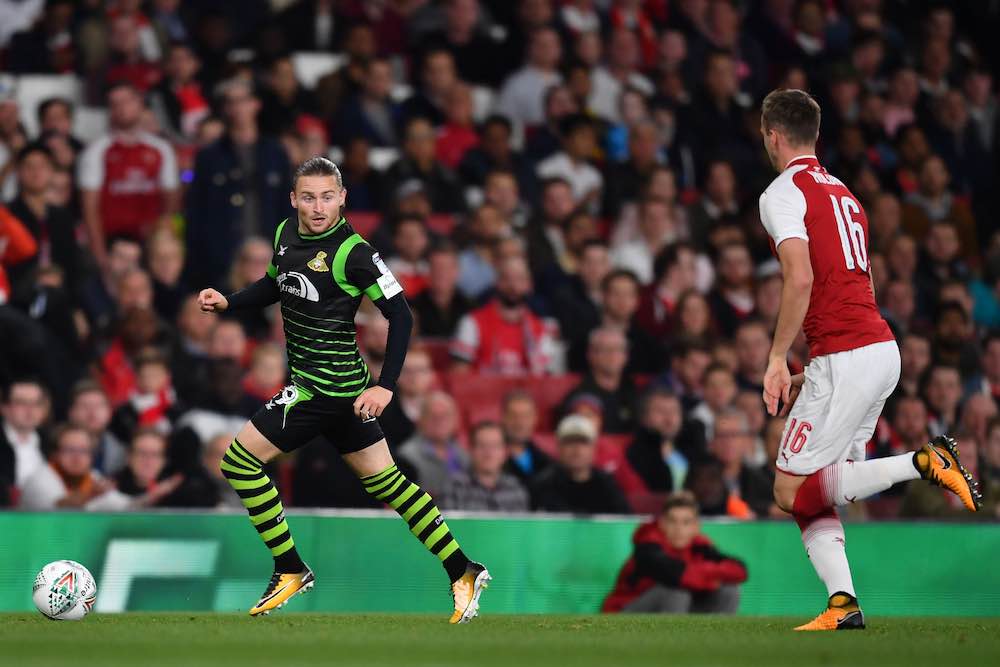 “All three of them have had strong careers in the game.

“Darren Ferguson was renowned for giving non-League players a chance and making a success out of them. He is one man I will never forget until the day I die.

“He gave me that professional contact and changed my life. I would not have my dream if it wasn’t for him.

“Grant McCann was brilliant too. He wanted to play good football and it suited us as a group. Then, Darren Moore came in and he was such a nice guy.

“He was great with me considering I wasn’t playing as much as I’d like to. He knew I had a two and half year contract on the table from Cheltenham and told me that he wouldn’t stand in my way.

“He explained that he knew that I had a young family and that my partner was pregnant so it was a priority for me to go and look after myself and my family, and that he would back me in doing that. That sealed my move to Cheltenham.”

Can you remember the emotions that you felt when you scored your first professional goal?

“I remember it vividly. It was against Luton at home on my home debut. We were trailing 1-0 and I got sent through on goal in the 84th minute.

“I put the ball through their goalkeeper’s legs and the noise was unbelievable. Like nothing before. To top it all off, I could see my dad running down the steps to celebrate with the fans and he was crying.

“It was a moment that I had wanted all of my life and to see it happen in front of my family and the home fans was special.”

Last but not least, Alfie, you are 28 and in the form of your career at present. What do you hope to achieve in the coming years?

“My mum told me the other day that I was always a late developer. She still thinks I’m younger than I am (laughs).

“I know that due to where I’ve come from that I need to work hard and never slack off. Consistency is crucial.

“I want to be as successful as I can and playing for Cheltenham makes me proud. I want to do all that I can to be the best player that I can be to help the club and my fellow teammates succeed.

“I am grounded and I make sure that I stay grounded. I’ve done a few interviews this season due to my form but I never get too high or too low.

“I want to enjoy my football and play for as long as I can. I love the game and I love scoring goals and to continue doing so is always my main aim.”