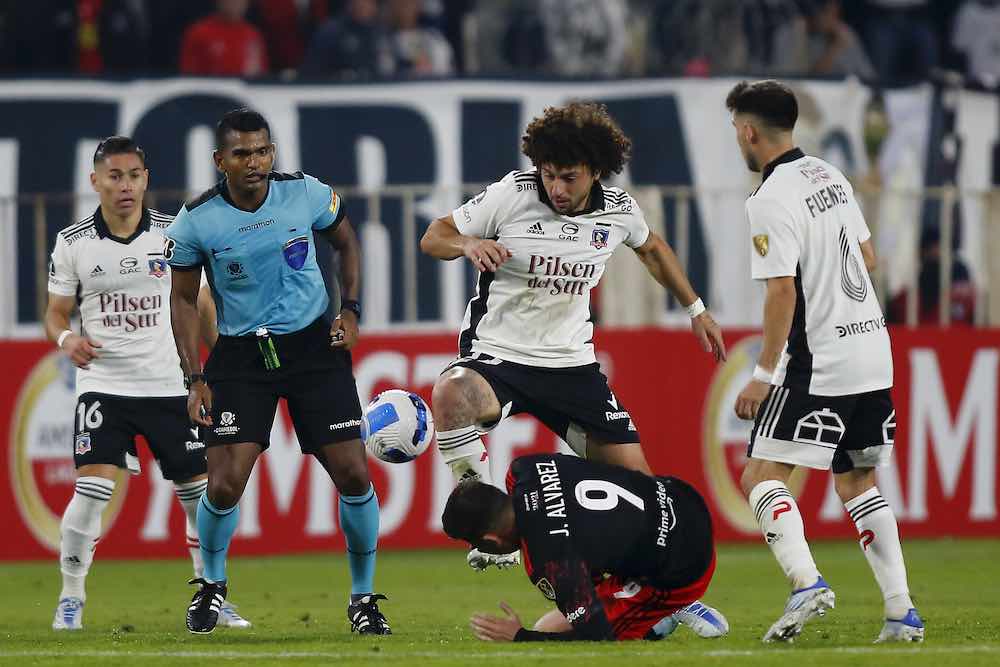 Gustavo Quinteros was not prepared to settle for a point. On 77 minutes, Colo-Colo’s manager called for young left-winger Alexander Oroz to enter the fray and replace the hard-working midfielder, Leonardo Gil.

Oroz had been the hero at the weekend, netting a last-minute equaliser to salvage a point against Universidad Católica. Quinteros, and many in the ground, sensed this might be another chance for Oroz to provide the decisive moment.

And, after waiting for two minutes to come on, it only took another couple of minutes for Oroz to do just that, albeit not in the way he and everyone else of Colo-Colo persuasion had hoped.

Oroz appeared to be leading a Colo-Colo counterattack until he was aggressively halted by an out-of-control tackle from Chilean international Paulo Diaz. inexplicably, the Venezuelan referee waved play on, and within a few seconds, Colo-Colo’s only other substitute (goalkeeper Omar Carabali) committed a howler by failing to sweep the ball away from trouble with his legs while prone on the floor which allowed Matias Suarez to poke home from close range to give River the lead.

The biggest talking point of the match had come in the 81st minute and it was the first real moment of goalmouth action in the second half in a game that seemed destined to end goalless. In truth, the match was somewhat of a disappointment given the opening minutes of the clash had promised so much. 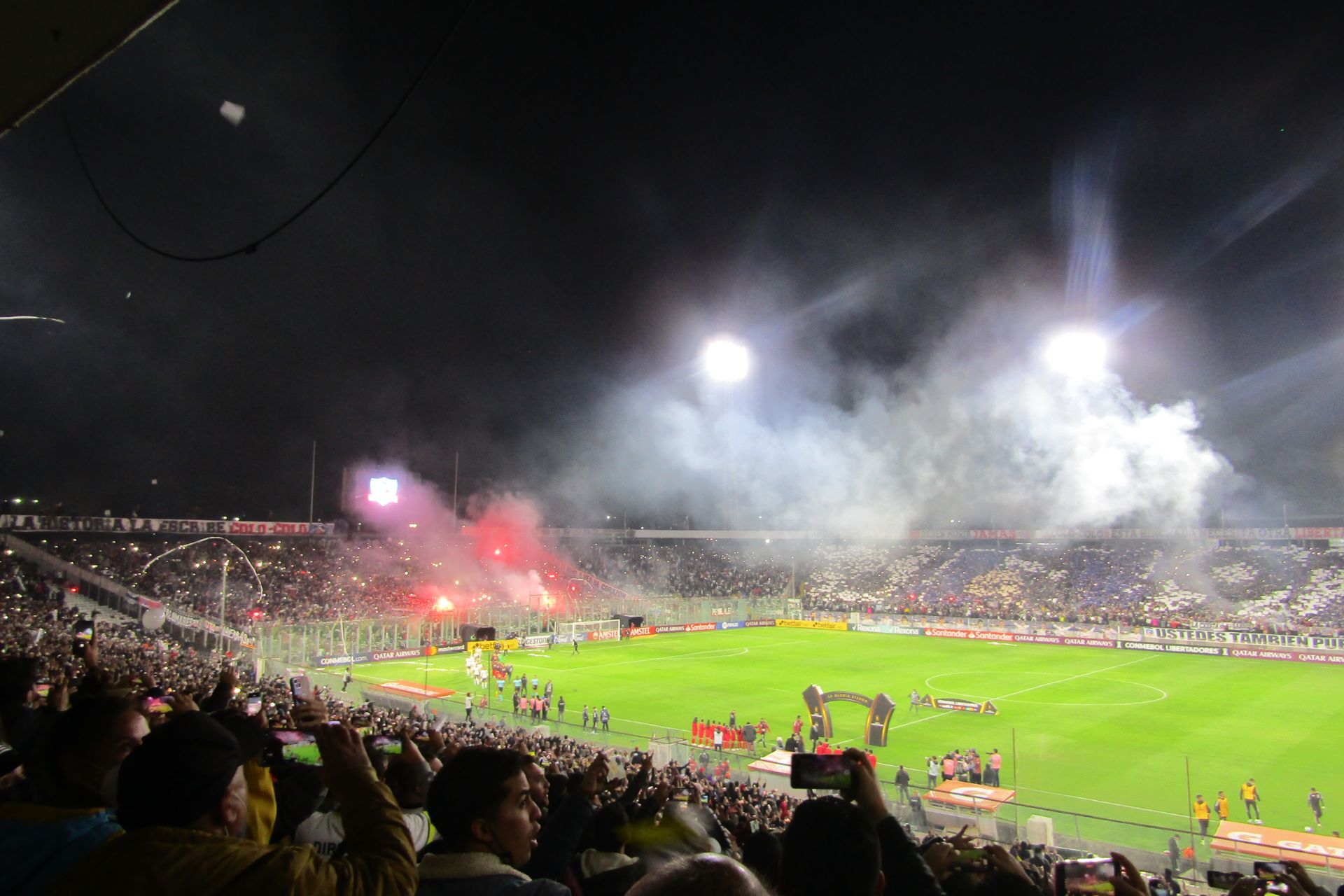 It had rained heavily in Santiago the day before this game, but the surface was slick rather than sodden.

Estadio Monumental is set against a beautiful backdrop of the Andes, and a heady mix of the light and smoke from the flares, light mist rolling in from the mountains, and thirty-five thousand bodies jumping up and down gave the night that special Libertadores feel.

Colo-Colo, buoyed by the fervent atmosphere inside Estadio Monumental, went for a fast start playing at a high intensity, but just lacked the composure required to really make it count – that lack of composure at a key moment would prove the tale of their night.

And despite making much of the early running, it was Colo-Colo’s bodies being thrown in the way of River shots to keep the match goalless in those opening exchanges.

Pablo Solari, the exciting Argentine winger who once had a trail with River Plate, elicited a buzz from the crowd every time he got the ball. And it was he who got Colo-Colo’s first effort on target, forcing a corner with a shot that nearly caught out Armani at his near post just after the first lengthy stoppage in play had stopped on 20 minutes while Solari received treatment for a blow to the face and the referee demanded Colo-Colo fans down from the fences in the stands.

Another stoppage in play saw Colo-Colo goalkeeper Bryan Cortes limp off injured, and be replaced by Ecuadorian-born Carabali making his Libertadores debut. A blow that felt significant at the time and unfortunately for the hosts would eventually prove seismic.

A few minutes before half-time, Solari forced another corner with a low cross-cum-shot that couldn’t quite be turned home by Colo-Colo’s number 9 Juan Martín Lucero.

The resulting corner saw the first of two Colo-Colo penalty appeals turned down as the referee failed to punish Enzo Perez for dragging Colo-Colo’s eccentric centre-back Maxi Falcón to the floor.

Moments later, Lucero was put through behind the River defence but failed to create the right shooting angle so elected to turn back only to be met by a River defender who wiped him out. Home fans screamed for a penalty but the erratic Venezuelan referee did not point to the spot.

Replays showed there was contact, but Lucero had exaggerated it – with VAR (not in use until the knockout stages of the Libertadores) it is probably given. The first half ended with River’s best chance, Ezequiel Barco failing to execute a lob after being put through by Nicolas de la Cruz.

The second half began with Colo-Colo on the front foot, and a free-kick on the edge of the box won by Lucero brought much expectation but took an age to take and eventually hit the wall. It eventually led to another free-kick out wide that Falcon could only head straight into the arms of Armani.

River’s passing in the final third was consistently sharper than the Chileans, and following Diaz’s controversial tackle on Oroz, they pieced a move together to grab the opening goal.

Just as Colo-Colo were looking short on ideas, they almost found a riposte. Solari played Oscar Opazo into the box and was there waiting for the pullback in acres of space but saw his shot deflected over the corner, many wondered if he could have got the shot off quicker.

That proved to be the closest Colo-Colo got to an equaliser, as River went looking for a second goal to finish it and got it with a superb strike by Barco, curling home from 25 yards into the top corner.

A minute into stoppage time, Colo-Colo found a consolation goal with Lucero heading home from close range from a wonderful delivery from Solari. We looked set for a grandstand finish, but River saw it out comfortably with a mix of their clever time-wasting and some overeagerness from the hosts.

Colo-Colo fans gave their side a rapturous reception at the end despite the defeat. Captain Gabriel Suazo a was contender for Man of the Match while centre-back Falcón had one of his best games in a Colo-Colo shirt.

There were plenty of positives even if they did ultimately lack the composure and quality in the final third, but with more experience at this level that may come. 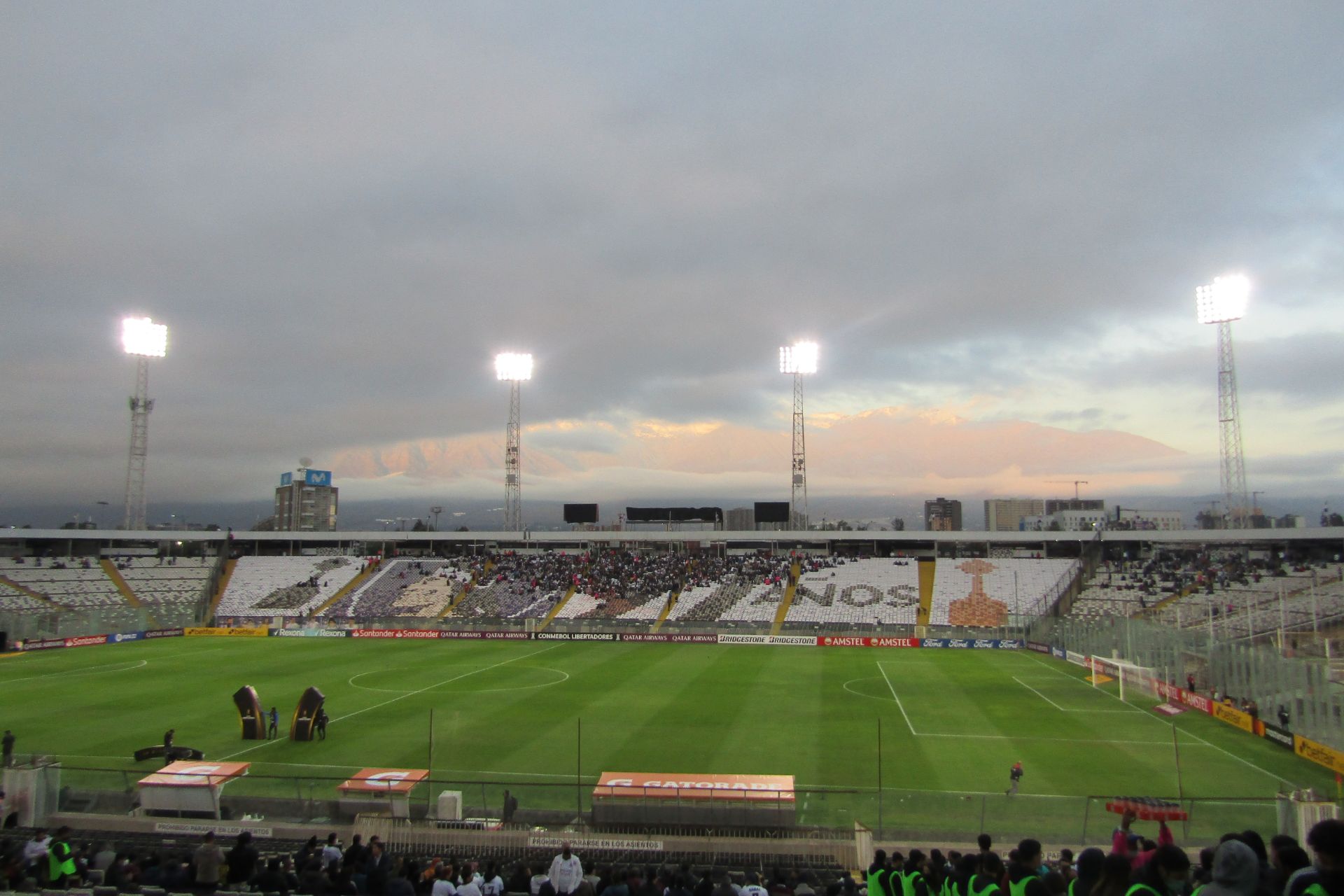 Pre-match, much of the songs were about River Plate’s relegation back in 2011. “Son de la B” reverberated around the ground after the game too.

Although many River fans may feel a sense of shame still about it, few would surely swap the journey they have been on since. They were not at their best tonight but still managed to find a way to win, something that is habitual after all these years under the guidance of Marcelo Gallardo.

For all the mocking of River Plate’s relegation, few clubs in South America can match their success in recent years.

They have been a regular in the last four of the Libertadores and are among the favourites for South America’s most prestigious title again. This victory means they sit top of the group with a 100% record, three clear of the Chileans.

Colo-Colo remain the most likely of the other three sides in the group to join them as they have proved too much for Fortaleza and Alianza Lima so far.

And on this evidence, they’ll be confident of finishing the job in the coming weeks and joining River in the last 16.