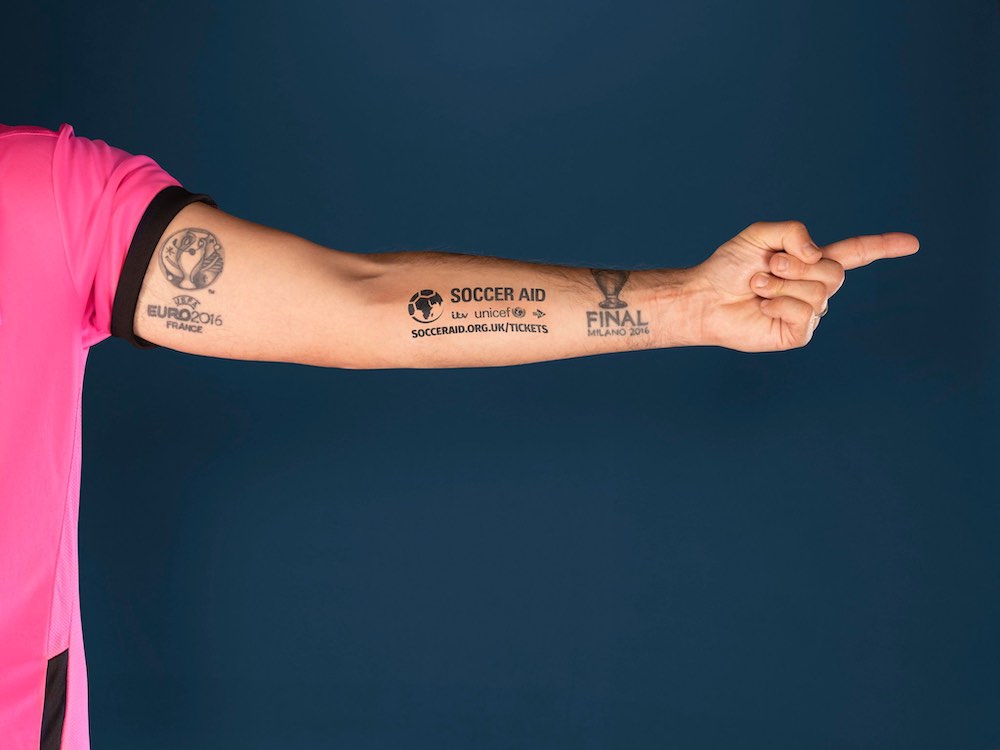 Former Premier League referee Mark Clattenburg has added a new tattoo to his ‘Clatt’s Tatts’ collection to encourage people to buy tickets to Soccer Aid for UNICEF this summer.

Clattenburg – who has refereed six Soccer Aid for UNICEF matches since 2012 – already has tattoos which celebrate his officiating of the 2016 UEFA Champions League Final and the 2016 UEFA European Championships.

Since 2006 – when UNICEF UK Ambassador Robbie Williams co-founded the concept – Soccer Aid for UNICEF has raised over £60 million to help give children all over the world a childhood full of play. Soccer Aid for UNICEF 2021, at Manchester City’s Etihad Stadium, raised a record-breaking £13 million.

Mark Clattenburg said: “Well, I’ve definitely done my bit, haven’t I!? It’s all good fun and for a great cause, so I don’t mind. Now I’m urging everyone else to do their bit – buy your tickets to this wonderful and hugely worthwhile event before they sell out – and they’re selling fast. All the ticket details you need are on my forearm, so check there for details! People have been stopping me in the street!

“I have been involved with Soccer Aid for UNICEF for years – and, simply, it has been an absolute privilege. In fact, it’s humbling to be part of something that has raised £60m since it started in 2006. Last year raised a record £13m and I’m hoping we can raise even more this year.” 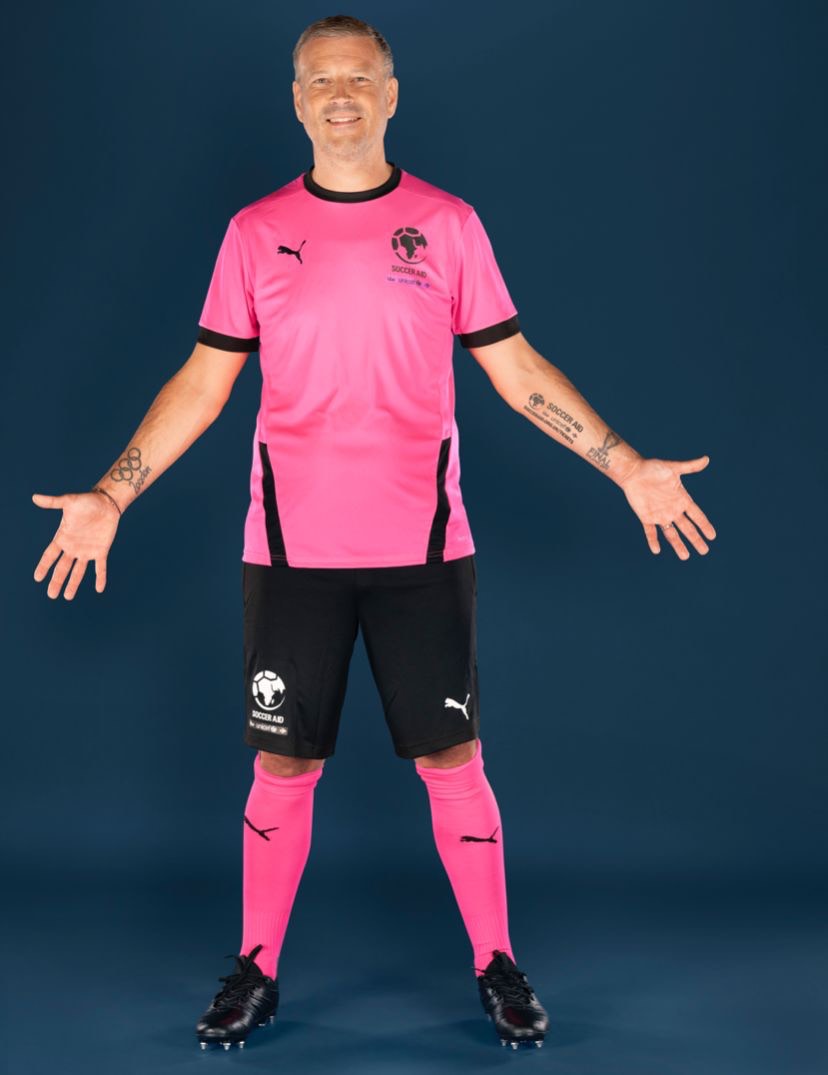 The game will play host to UNICEF UK Ambassador Robbie Williams singing his iconic ballad ‘Angels’ at half-time. It will also be a coming home party for London 2012 heroes Usain Bolt and Sir Mo Farah who both return to the London Stadium exactly 10 years on from their gold medal heroics.

The live show on ITV and STV will be hosted by UNICEF UK Ambassador Dermot O’Leary. Alex Scott also returns as pitch-side reporter. Soccer Aid fan favourite Maya Jama makes her return, as she offers her take on the game as a pundit.

This year, there has never been a more challenging time for children. Right now, children are facing war, disasters, and other crises in countries around the world. And it is children that are often hardest hit – like the 7.5 million children currently affected by the war in Ukraine. These children risk losing their homes, their families, and their schools. They lose the ability to just be kids.

Soccer Aid for UNICEF is working hard to give children around the world the care-free, play filled childhoods they are entitled to. The money raised from this year’s game could help UNICEF provide vaccines, fight malnutrition, and provide safe spaces to protect children in times of crisis.

Tickets for the game are on sale now via www.socceraid.org.uk/tickets with a family of four able to attend for just £60 – two adults and two children.