Maurizio Sarri – From Bank Teller To Manager Of Lazio 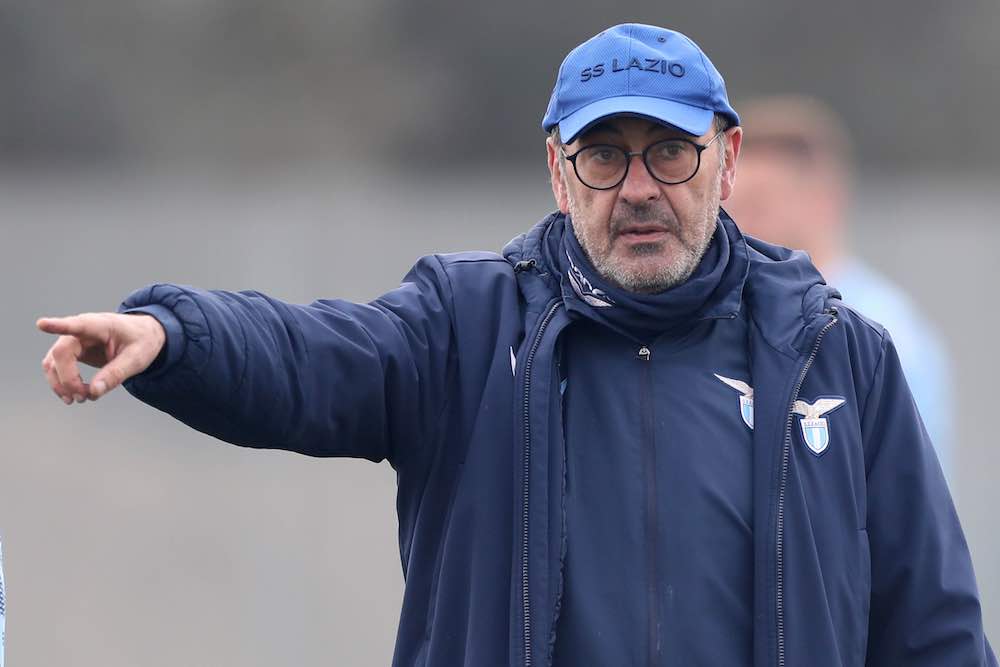 Lazio’s season was yet to begin however there had already been many twists and turns.

First came the departure of ex-Lazio manager Simone Inzaghi, who left the club after 22 years to join Inter Milan.

It was a move very few would have predicted yet it forced Lazio club president, Claudio Lotito, to act quickly and boldly. The Italian made a big statement, hiring ex-Juventus manager Maurizio Sarri.

With Sarri being the best available manager on the market, it was the smartest decision and one that could pay off in the long run for Lazio.

Prior to his coaching career, Sarri had never played a game of professional football. He played at the amateur level for over a decade as a centre back. He was physical and tough, with an edge to his game.

The Italian started his professional career as a banker and was known to be one of the best in his industry. He wasn’t afraid to be challenged and he did what was necessary in order to advance to the next level.

While working at the bank, Sarri coached football at the local amateur level and played on a team as well. He worked his way up the rankings of coaching and, when he reached the semi-pro level, he made a bold decision in his career.

In the early 2000s, after a decade since his first job as a coach, Sarri decided to quit his job as a banker and shifted his focus and make football a full-time commitment.

It was a massive risk for Sarri as he had very little to fall back on. While he was an excellent banker, his passion was football and it was a decision that panned-out well.

In 2000, he signed with Sansovino and did well in his first season as the club was promoted to Serie A. He managed the club for two more seasons and brought them to the play-offs in his final season.

His achievements with Sansovino prompted Serie C2 side, Sangiovannese, to sign him in 2003. This was a significant opportunity early in Sarri’s career and this was his eighth job in management.

Sarri succeeded once again, as the club was promoted to Serie C1, a league below Serie C. The Italian arrived from the amateur leagues, already making a name for himself with his vision and ideas.

Sarri spent two seasons with Sangiovannese and resigned on June 18, 2005, becoming the new manager of Pescara in Serie B.

Managing in Serie B was an advancement in his career and he fared well. He avoided relegation with Pescara and managed the club for only one season. Following his departure from Pescara, in the next six years he would go on to manage Arezzo, Avellino, Hellas Verona, Perugia, Grosseto, Alessandria and Sorrento. The Italian had short stints with all these clubs yet he never hesitated to accept a new challenge and work his way up. 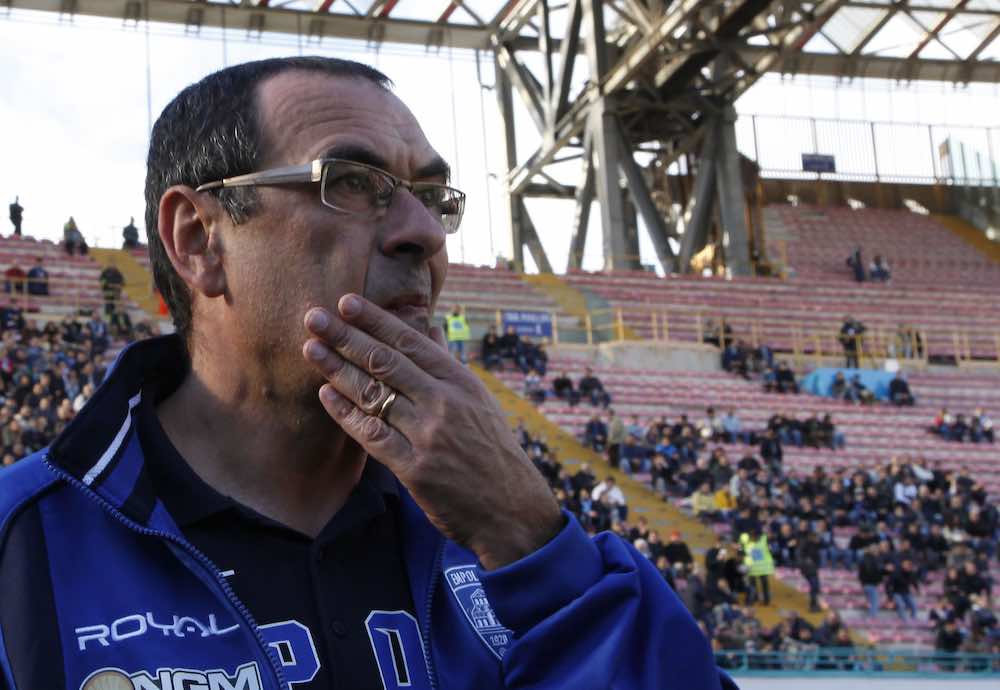 On June 25, 2012, Serie B club Empoli hired Sarri as their new manager. In his first season, he finished fourth and advanced to the playoff final, where his side lost to local rivals, Livorno.

In the following season, Sarri led Empoli to second place and they were promoted directly to Serie A after being away from the top flight for the previous six seasons.

In Sarri’s third and final season, he kept Empoli in Serie A for a second time. They finished 15th, and in doing so, managed to beat some of the bigger clubs.

This was a notable accomplishment in Sarri’s managerial career as Empoli avoided relegation with a modest budget. The club didn’t have the star players other clubs did, yet it was his brand of football that was influential and made him stand out.

After three seasons with Empoli, he left to join his hometown club, Napoli, as he replaced Rafael Benitez. His time in Napoli was successful as they played brilliant football and succeeded at a high level.

In his first season in charge, in 2015-16, he finished in second behind Juventus. In the following two seasons, he finished third and then runners up again, before he left for Chelsea at the end of 2017-18.

He arrived late with Chelsea as he joined on July 14, 2018, and had little time to implement his style of play. It was a modest transfer market as he brought Napoli midfielder, Jorginho, and goalkeeper Kepa.

It was a difficult transition with many challenges for Sarri, who spoke little English and had to adapt to a new country.

The start to the English Premier League was fantastic as Chelsea were undefeated through their first 12 league matches.

However, the 2019 EFL Cup final against Manchester City was unforgettable. With the match 0-0 and the penalty shootout forthcoming, Sarri requested goalkeeper, Kepa Arrizabalaga to be substituted for Willy Caballero.

The goalkeeper refused to listen to his manager and stayed on the pitch and Sarri was visibly angry and upset. Caballero never came on in place of Kepa and Chelsea lost 4-3 in the shootout.

It was a season of highs and lows, yet on May 29, 2019, Sarri won his first trophy as a manager after Chelsea beat Arsenal 4-1 in the UEFA Europa League Final. Sarri’s time in West London was short-lived as, after one season, the club and manager mutually decided to part ways.

Sarri returned to Serie A the following season and signed with Juventus. In his lone season with the Old Lady, he guided them to their ninth straight Scudetto and to the Round of 16 in the Champions League. On August 8, 2020, one day after being eliminated from the Champions League, Juventus fired their manager.

Sarri decided to take the following season off and is now with Lazio. The departure of ex-Lazio manager Simone Inzaghi, prompted Lazio club president, Claudio Lotito, to make the bold move.

A new chapter in Sarri’s career has started with Lazio. The Italian will aim to elevate their game and win a Scudetto in the coming years.

While it will take time to adjust, in due time and with the players available at his disposal, Lazio can reach new heights with their experienced and highly-rated manager.