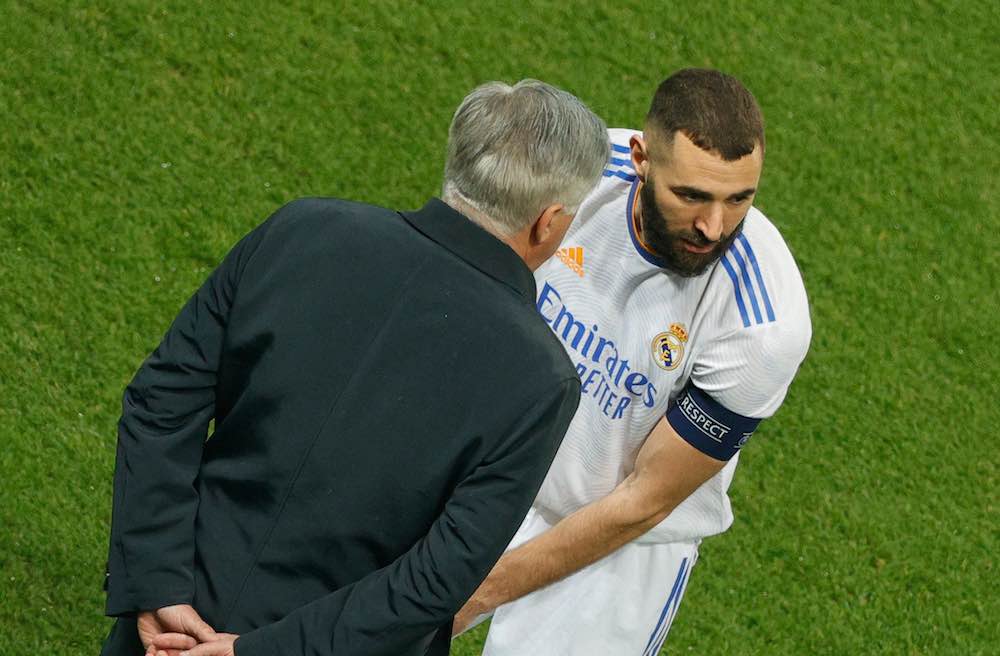 Real Madrid just have that gene.

The Spanish side have got quite a lot of work done in just over a week.

Last Tuesday at the Santiago Bernabéu they came from 3-0 down against Chelsea in the Champions League to bring the score back to 3-2 and win the tie on aggregate and many UK football predictions and even some pundits are backing them to go all the way and win it outright.

Madrid had won the first leg at Stamford Bridge 3-1 thanks to a hat-trick from the irrepressible Karim Benzema and the Frenchman was key again in the return leg. It was his extra-time strike, coupled with Rodrygo Goes’ equaliser, that kept Los Blancos alive.

It was a magical night in one of the most historic and mystical stadiums in Europe. The kind of fixture that Madrid have always defined themselves by and always will. They’ll face Manchester City in the semi-final of the Champions League and will fancy themselves.

The following Sunday they were on enemy territory, travelling south to Andalusia to take on Sevilla. The Sánchez-Pizjuán was raucous and the Seville night was sweltering, with the 40,000 passionate souls in attendance determined to make this an uncomfortable night for the capital outfit.

And in the beginning, at least, they did just that. Ivan Rakitić put Sevilla ahead with a well-placed, intelligent free-kick. Erik Lamela then doubled their advantage minutes later.

But the tide turned as soon as the second half began.

Sevilla lost several key men through injury and Madrid turned the tie on its head, Rodrygo again the first to strike five minutes after the second half got underway. Los Blancos dominated from there on and Nacho drew them level eight minutes from time. Then, you guessed it, Benzema was on hand to score the winner deep into stoppage time.

It was a key result as it basically handed Carlo Ancelotti’s men the title.

Victory took them 15 points clear at the top of La Liga and Barcelona’s shock 1-0 defeat to Cádiz at Camp Nou the following evening meant that their slim hopes of challenging their great rivals from the Spanish capital died a meek death.

Then, just to add insult to injury, Madrid kept pace in another tricky fixture on Wednesday.

This time they were travelling north to Pamplona to take on Osasuna at El Sadar. Always a tricky opponent, Osasuna are comfortably mid-table as the season enters its final stretch and went into the game out for a scalp. But Madrid proved too good to give them one.

Ancelotti made several changes; Luka Modrić, Casemiro, Toni Kroos and Vinícius Júnior were all rested. But the second-string stepped up and produced an impressive 3-1 victory in a tight, hard-fought game in another hot and hostile atmosphere.

David Alaba opened the scoring for Madrid in the 12th minute only for Ante Budimir to equalise for Osasuna a minute later. Marco Asensio and Lucas Vázquez, however, scored a goal each to put the game out of sight and send Madrid 17 clear at the top of the table.

It’s been a week where Los Blancos showed they have the stuff of champions and proved why they’re on the verge of being the deserved champions of Spain. Ancelotti has done a fine job in creating the environment needed by his most talented players to thrive.

And because of that the veteran Italian coach is on course to become the first man to have won the league title in England, Spain, Italy, France and Germany. A remarkable achievement for a man who’s enjoyed a truly amazing life and career.

In hindsight, Florentino Pérez’s decision to appoint him this past summer when Zinedine Zidane departed for a second time has proved a masterstroke. He’s built a simple and cohesive system that’s gotten the most out of the talent at his disposal at Madrid.

And he’s taught his players how to tap into that gene that makes the club unique.