Ernie Merrick On A-League Success And Ange Postecoglou At Celtic 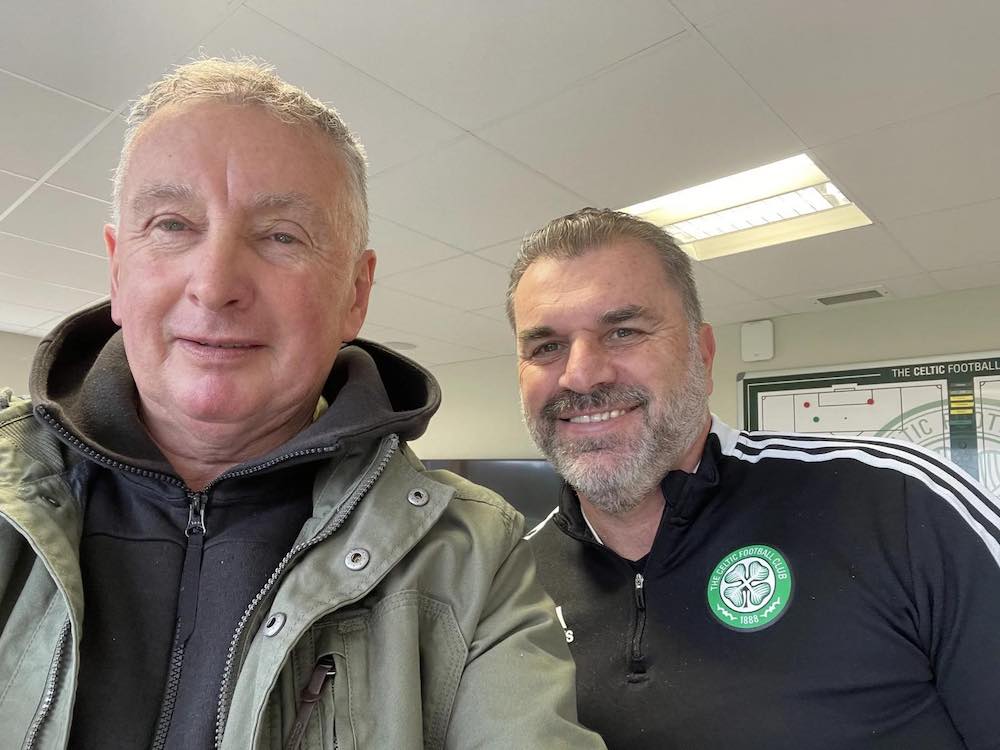 An interview with Ernie Merrick by Callum McFadden for WFi.

Before we talk about your career in football, given your experience in Australian football, I have to ask you about Ange Postecoglou. How pleased are you to see him succeed at a big European club like Celtic and how big could it be for football in Australia?

“First of all, Ange’s success reflects well on the coaching standards in Australia because if he had a disaster then we would still be a footballing backwater in the eyes of many.

“However, it is not a surprise to me that Ange has shown that he is a quality coach who expects players to be able to play football to a high standard at all times.

“He recruits well and plays an exciting brand of attacking football. Let’s face it, that is what fans want to watch. It gets the crowd off their feet and gets them involved in the game.

“Everyone wants to see goals and chances being created. He has done a great job everywhere he’s been and he continues to do that at Celtic.

“His relationship with the media has been interesting to observe. He has won the league title, the League Cup and Manager of the Year and reminded journalists that some of them expected him to be sacked by Christmas.”

What was your reaction to those comments?

“(Laughs). He is very clever with the media. He doesn’t have a real go. He is sarcastic and gets his points across without putting too many noses out of joint.

“I always believe that if you have a real go at the media in any country, they will get you back at some stage.

“He handles the media well and the fans are very much behind him which is evident to see as well.

“I liked his comment at the start of the year after he won a crucial away game at Motherwell following a slow start to the season. He was asked if he thought Celtic could win the title and his response was to remind the interviewer that he and others had reported as if the league was over after the first six games. That was very good.”

You spent time with Ange and his staff at Lennoxtown earlier in the season. What is Ange like as a man but also as a coach?

“As a person, he is a straight down the line, honest person. He is very professional and he doesn’t want to get too close to players because he knows he has to make tough decisions on them.

“He was very obliging to me when I was over visiting. He could not do enough for me.

“Regarding his coaching ability, he works very hard and he is knowledgeable. He always makes sure that he recruits players that will fit his style and he plays to win every game.

“When I watched him train the team at Celtic, it was evident to me that he was going to succeed this season. When you have goalscorers like Kyogo and Jota working and training to an intense level then you know that the chemistry is right.

“I have coached big personalities in the past and sometimes it can be hard to get them to train with a match day intensity but Ange has got this Celtic side intrinsically motivated as a group.”

You coached Melbourne Victory to A-League success on two occasions over a five-year spell at the club. How do you reflect on your time at Victory?

“It was a great time. I was working at the Victoria Institute of Sport when I was offered the job and I was happy there. However, when Melbourne Victory told me that they would give me a three-year contract and time to put things right, I had to take the opportunity on.

“In my first season we finished second bottom and I thought that I was going to be sacked but to their credit, the club said that they meant what they said by being in it for the long term.

“That was good to hear as a coach and we went on to win the A-League championship in the next season. It showed that you need to be given time to build your team as a coach.

“The chairman was more of an AFL fan and wanted to do things on a tight budget. My squad contained a lot of younger players who I took from the Victoria Institute of Sport but I was also able to call on two great strikers in Archie Thompson and Danny Allsopp.

“I also strengthened the midfield with Grant Brebner from Hibernian and Kevin Muscat who was previously at Rangers. I converted him into a midfielder as he was previously a fullback.

“We recruited a Brazilian midfielder called Fred from Guarani and with those key additions, we had the making of a strong team which was shown by us winning the grand final 6-0 to secure the league title over Adelaide United.

“Over the next four years, we played in another three grand finals and qualified for the Asian Champions League. It was hard to compete in that tournament as an Australian club as Gamba Osaka had a budget of £40m compared to our budget of £2.5m due to the A-League salary cap.”

You coached the Hong Kong national team before returning to the A-League in 2013 with Wellington Phoenix of New Zealand. How did your time at the Phoenix compare to Victory? 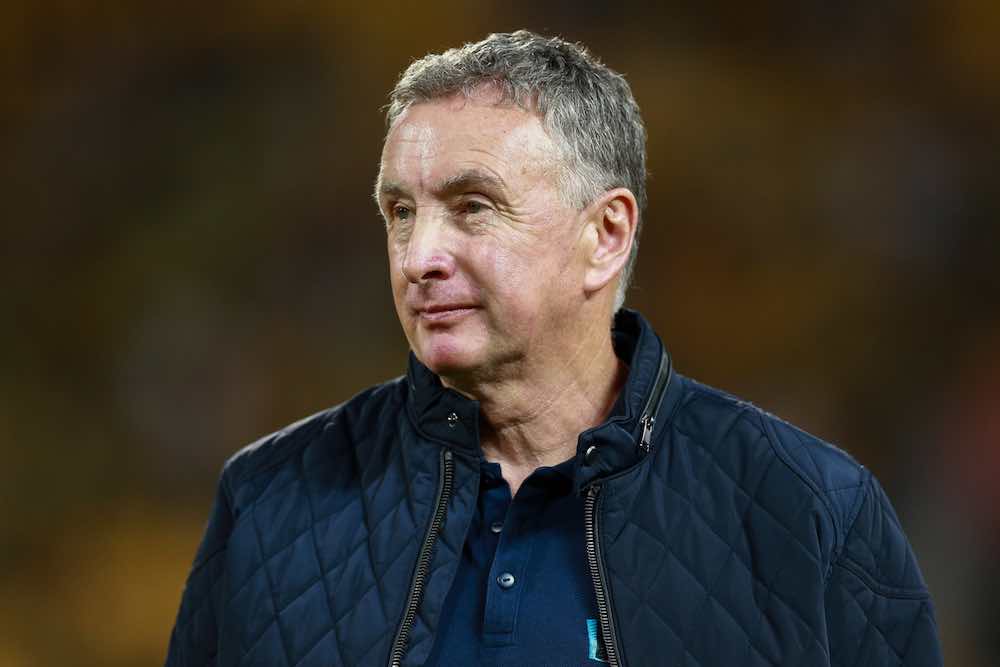 “New Zealanders are the nicest people in the world along with Scots and Australians. They were welcoming and they wanted me to join them for the long term.

“My family were settled in Melbourne and I was unsure about leaving the city again but I was attracted by the long term plan.

“The first year was again a makeshift year as I inherited a team who were second bottom. We then took the team to fourth place in the next season and scored more goals in a season than they had ever scored before.

“Roy Krishna was a massive part of that. We recruited him from an amateur side and he was a great goal scorer for us. He is now a star in the Indian Premier League.

“It was a challenge coaching in New Zealand as so many players want to play for teams in Australia so our team was made up of have Australians and half Kiwis.

“Unfortunately, the international schedule for New Zealand did not take the A-League into account so I would lose half of my team anytime there was an international.

“I lost eight of my starting eleven on one occasion due to this which was frustrating.

“I had signed a five-year deal but I resigned after three and a half years as I did not see a lot of potential in winning anything because we struggled to keep our best players and the travelling schedule was tough.

“Every away game was an international trip that involved going through customs. Going to Perth was like travelling from Glasgow to Moscow. It takes a lot out of the players and the coach. It is exhausting.

“Despite that, overall I enjoyed working with the players and I made friends for life in New Zealand. I like to think that I made a contribution to football in New Zealand.”

From Wellington Phoenix to Newcastle Jets in 2017. You reached another Grand final with the Jets. What was that experience like for you? 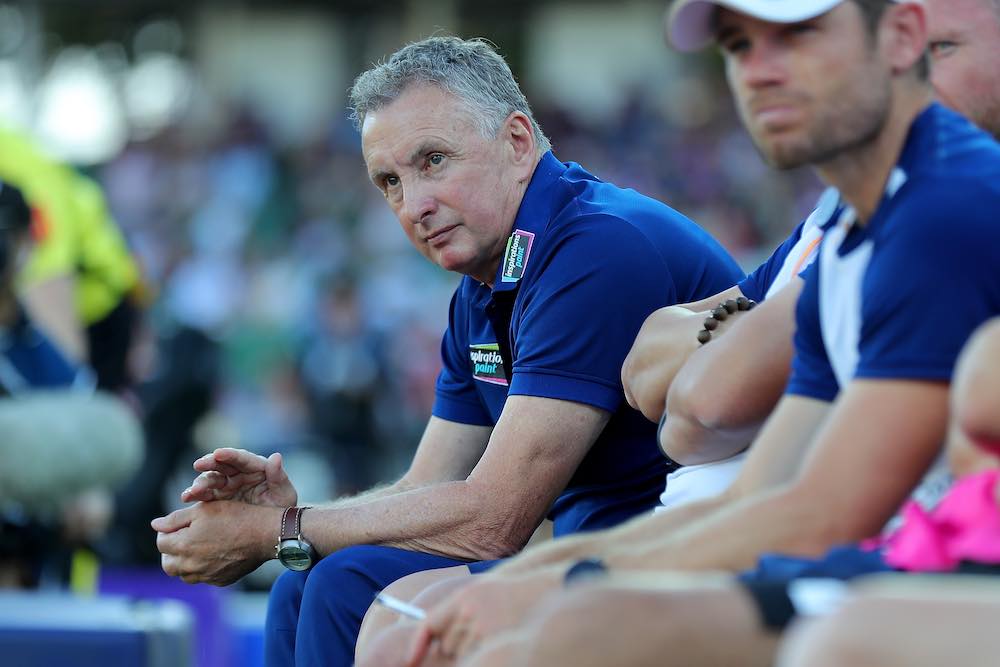 “I could see really good potential in the club. In my first season, we recruited well and finished 2nd in the league.

“That enabled me to take the club to a Grand Final for the first time in nine years and we only lost to a VAR decision that was poor. I’m still getting counselling for that now (laughs).

“Then after that, many of that side left for bigger money at other clubs which we could not match. The club haven’t made a final since and the club are not seen as a massive club in Australia so to reach a grand final was a big achievement compared to the likes of Sydney, Melbourne City and Melbourne Victory who tended to attract the best players.

“Then, in 2020 having lost seven starting line-up players through transfers over the twelve-month period since the Grand Final, I was sacked. That sums up football in many ways as it is hard for any manager to get time anymore.”

Last but not least, Ernie, do you want to get back into coaching in the A-League again or would you consider moving abroad?

“I have enjoyed my career in coaching in the A-League and with Hong Kong. I had a bad taste in my mouth after Newcastle Jets but I felt reinvigorated after visiting Ange last year.

“I love living in Australia but I would like to be involved in football again. I do not necessarily need to be a manager again. I would consider being a coach.

“My name gets mentioned a lot in relation to jobs in Australia but nothing has materialised as of yet.

“I have managed 13 seasons in the A-League with over 300 games in charge. So, I can’t really complain if I don’t get back in.

“Having said that, my enthusiasm remains and I would never say never.”