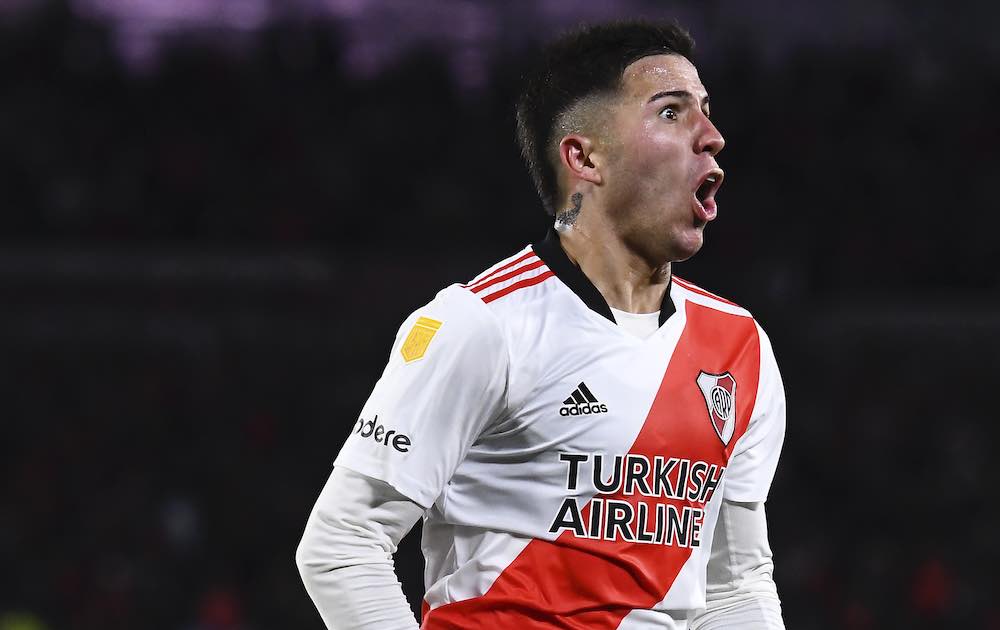 Boca Juniors were crowned Copa de la Liga champions this month after a 3-0 victory at the Estadio Kempes over surprise package Tigre.

It secured a second Copa title in three years for the club, and a much needed shot in the arm for boss Sebastian Battaglia.

As ever, another of the highlights of the tournament was the number of exciting young prospects on display.

The likes of Julian Alvarez, Facundo Farias, Giuliano Galoppo, Luca Orellano and Nicolas Castro remain some of the top talents still playing in Argentina — for the time being –– but many new names came to the fore, while others reinforced burgeoning reputations.

Without further ado, here are ten young players who made a big impression in the 2022 edition of the Copa de la Liga.

Arguably the best player in the division right now, Enzo Fernandez had a sensational season and added goals to his game, demonstrating what a complete all-round midfielder he has become.

Though much of the focus of late has been on Julian Alvarez, Fernandez stole the limelight with 7 goals and 2 assists in the league and was the heartbeat of Marcelo Gallardo’s side.

The 21-year-old’s talents have never been in doubt after impressive showings on loan at Defensa y Justicia but his rapid rise to prominence has been outstanding and there is even talk of an outside chance of a spot in Argentina’s World Cup squad.

Racing were the form team of the Copa de la Superliga and were unlucky to go out on penalties against Boca in the semi-finals.

Fernando Gago has them playing an attractive brand of football that saw them go unbeaten in the group stage and top their Sudamericana group.

A key piece of Gago’s side and a player who seems to go from strength to strength was Carlos Alcaraz. The 19-year-old contributed four goals and one assist and formed an excellent partnership in the centre of the park with Anibal Moreno and Leonel Miranda.

A big game mentality and a coolness under pressure, Tottenham and AC Milan are just two of the clubs rumoured to be interested in the teen sensation. 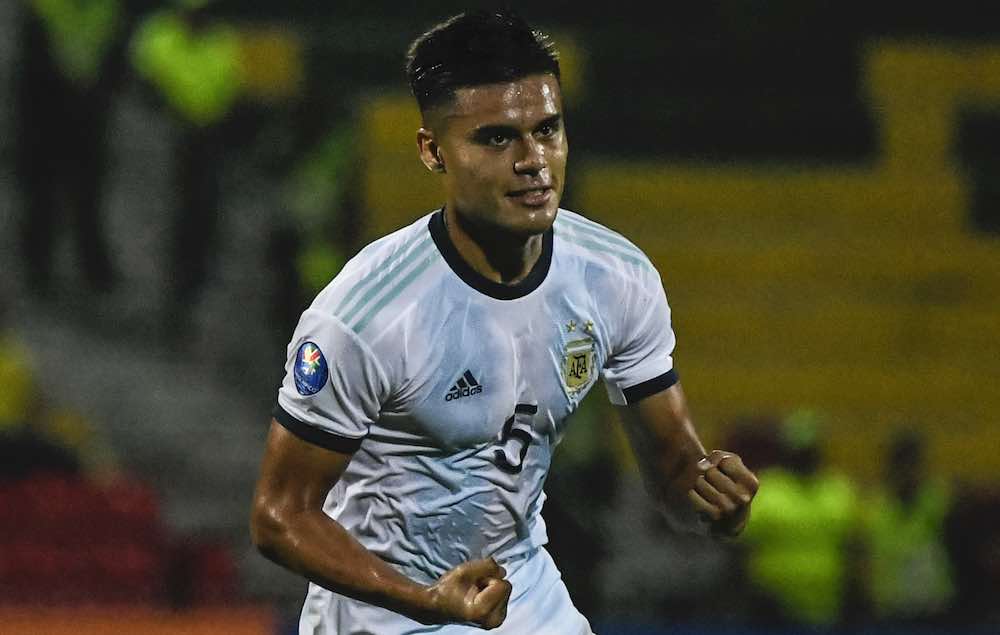 Back to full fitness after an injury-hit 2021, Fausto Vera served up a timely reminder of what an excellent prospect he is, leading el Bicho to the semi-finals of the Copa.

The strong, imposing deep-lying midfielder ensured his defence was well protected, looked after the ball well and was the driving force pushing his team forward.

A real leader and vocal presence, the 22-year-old played every single minute of their campaign and chipped in with two goals and two assists too before their semi-final exit on penalties to Tigre.

Probably the biggest breakthrough talent of the Copa de la Superliga, the Boca loanee looked immediately at home in his debut season.

Fernandez formed an excellent double pivot alongside the experience of Sebastian Prediger, which provided the ideal platform for Tigre’s counter-attacking style.

Boasting a pass completion of 91%, Equi is comfortable on the ball, good against the press and can get stuck when he needs to – basically everything you want from a deep-lying midfielder.

Although he couldn’t lead Tigre to victory against his parent club, Fernandez will have done his chances of getting a chance at the Bombonera no harm at all.

Although it was a fairly forgettable season for Godoy Cruz, Ezequiel Bullaude continued his eye-catching displays with six goals and one assist in 14 games.

The classy, elegant playmaker has established himself as a regular fixture and proven himself adept at finding pockets of space and arriving late into the box.

Along with Martin Ojeda and new signing Salomon Rodriguez, there is a youthful feel about the Mendocinos going forward and surely they can expect a stronger second half to the year. 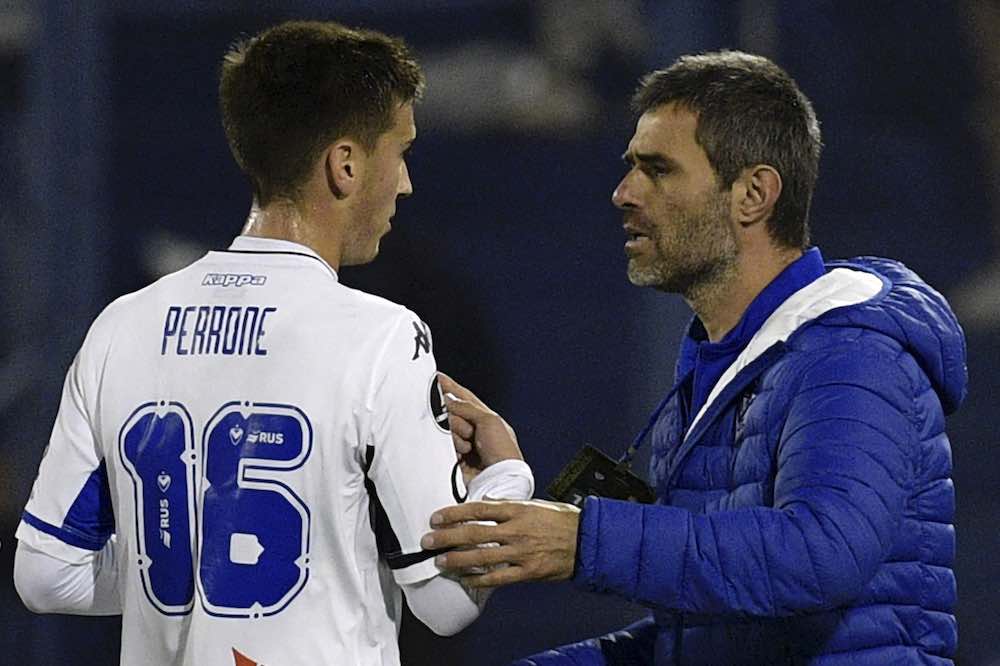 A theme of the Copa de la Liga was the number of exciting young midfield prospects and Velez’s Maxi Perrone could perhaps be the one with the highest ceiling.

The 19-year-old oozes class and skill, threading things together with his cultured left boot and an excellent range of passing and has drawn admiring glances of Real Madrid and Manchester City.

Perrone made seven appearances in the league but has also been an ever-present in the Libertadores, even netting a last-minute winner against Nacional.

On loan from River Plate, centre forward Lucas Beltran showed what he could do with a proper run of games, scoring five goals in 13 appearances.

A powerful and relentless striker who never gives the opposition centre back a moment’s rest, he has given the Sabalero more of a clinical edge to finish off the chances created by the creative talents of Pulga Rodriguez and Facundo Farias.

Regardless of whether he makes it at River or not, the 21-year-old has proven that there is most certainly a good top-flight career ahead of him.

The only bright spot in yet another dismal campaign for San Lorenzo, the young left-footed playmaker caught the eye with his dribbling, through balls and shooting from range.

Martegani was el Ciclon’s joint top scorer with three goals — including a stunning strike against Racing — and also laid on two assists in his 14 appearances.

Signed up until 2024, San Lorenzo fans will be hoping to see more of their young star than other academy prospects who have been sold before they’ve had a proper chance to enjoy them.

It might seem strange that the Copa de la Liga champions are only just getting a mention but it’s certainly not due to the amount of young talent they have on their books. Rather, it’s more a question of who to choose above the others.

Exequiel Zeballos and Luis Vazquez made strong impressions off the bench, while Aaron Molinas and Cristian Medina got a decent amount of game time without truly establishing themselves as regulars.

Just edging ahead of the pack was defensive midfielder, Alan Varela. The 20-year-old started on the fringes of the squad but made himself essential by the end, particularly coming to the fore in the knockout stages, giving the side added solidarity and even providing an assist in the final.

If Varela can have half the career of his current boss, he’ll not have done badly.

A second Argentinos player gets the nod for the final spot on the list thanks to an extremely promising debut season.

The perfect complement alongside the aforementioned Vera, 20-year-old central midfielder Galarza brought languid, leggy confidence and creativity to the middle of the park, playing 15 times in his maiden campaign.

Whether his future lies as more of a deep-lying playmaker or further forward remains to be seen, but the fact that he has already drawn praise from the likes of Juan Roman Riquelme and Robert Pires is a sign of the excitement that is already building around him

With the league season proper around the corner, there will no doubt be plenty of chances for more names to emerge in the second half of 2022, as well as lots more to come from the players above.

Loading...
Newer Post
John O’Shea On Manchester United, Celtic And Managerial Aspirations
Older Post
The Flamengo Men Who Defeated Liverpool To Reach The Top Of The World In 1981