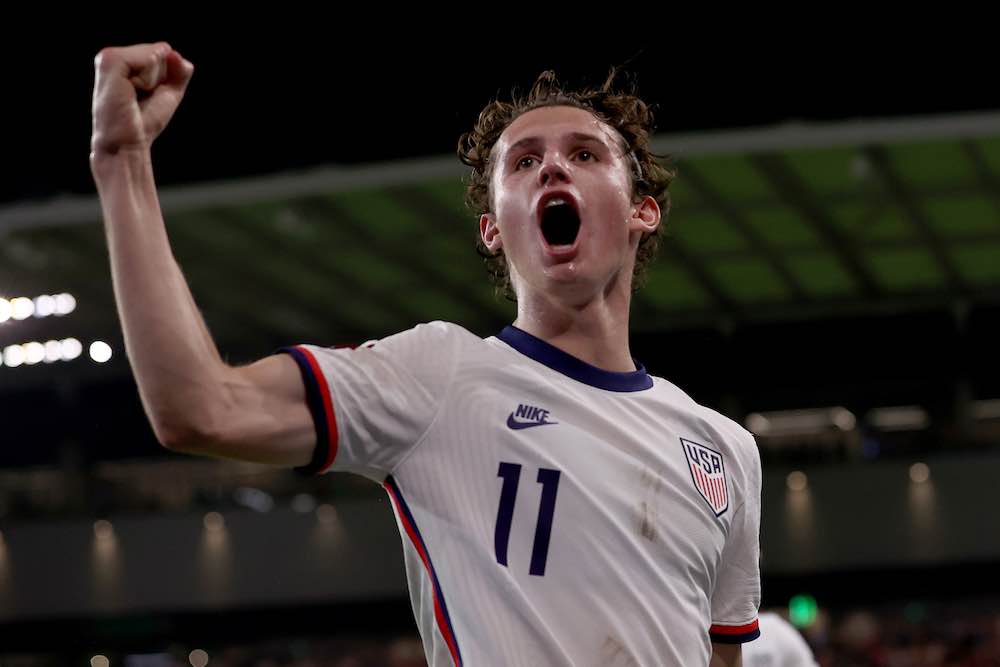 Since Marcelo Bielsa’s departure from Leeds United, there has been a move at the club from South America to the north, and to the United States in particular.

American coach Jesse Marsch saved Leeds from relegation on the final day of the season, ensuring they remain in the Premier League for another season.

Marsch had a difficult challenge coming into the club, especially with so much good feeling toward their former coach. Bielsa was more than just the manager, he was a hero to many fans and players in the club from first team and down through the academy.

With survival secured, Marsch can now put his mark on the side and prepare for a new chapter next season.

His first order of business will be to address a squad lacking in depth and quality in a number of areas. Injuries hit Leeds hard this season, possibly partly down to the style of play previous manager Marcelo Bielsa adopted.

Kalvin Phillips and Patrick Bamford missed large parts of the season and are key players for the side. Among a number of other injuries to senior players, this has been difficult to manage and changes will need to be made for next season.

One of Marsch’s first changes is the arrival of fellow countryman, Brenden Aaronson. The attacking midfielder looks set to sign from Red Bull Salzburg where he has been playing since January 2021 after leaving Major League Soccer side Philadelphia Union.

Aaronson has had a successful time in Austria since leaving the United States, gaining experience in the Champions League while securing a second consecutive league and cup double with the Austrian giants.

Marsch and Aaronson worked together at RB Salzburg briefly before Marsch moved across to RB Leipzig in the German Bundesliga, so is well aware of the player’s ability as well as personality.

Questions will circle around Brazilian winger Raphinha this summer, as many top sides will see him as an exciting signing should they get the opportunity to make a move. So, for Aaronson, this may not be someone he can complement, but rather in some ways replace.

Aaronson has played centrally as well as in wide areas in the attacking midfield positions for RB Salzburg and will bring some useful adaptability for Marsch in the 2022/23 season.

He understands the style of play Marsch implements, having been part of a Red Bull side who all have a philosophy of high tempo pressing and direct attacking.

Aaronson is a technically impressive player, though not the fastest sprinter like Raphinha, but his movement and vision is key part of his game, and he can react quicker than most to be one step ahead.

He finds space well and his footwork allows him to move the ball quickly, under control and create space to find a pass.

If he plays wide, having him and Jack Harrison on either flank will be a good mix of styles and ability to rotate to make life difficult for opposing fullbacks. Should Marsch look to put Dan James back into wide positions, Aaronson can provide a threat in the middle as a number 10 in what would be a youthful and dynamic attacking midfield three behind the centre forward.

Aaronson had six goals and eight assists in all competitions this season with RB Salzburg. His end product has been something in need of improvement, though his team contribution cannot be questioned.

He is only 21 years old, and even in his first season at Philadelphia, he was starting to find space in the box to create goalscoring opportunities — it is just a case of further training that will bring more to his game.

Gregg Berhalter has included and used Aaronson in his United States squads, and he continues to grow as a player at international level, too. He took the step to Austria from MLS with the aim of taking realistic steps in his career.

The Premier League is the next challenge and Leeds offer him the opportunity to join a side that will look to play to his strengths. Leeds fans will be able to see a technically gifted and hard-working attacker come in to look to push them on from this season’s 17th place finish.

Marsch has an early addition to a squad which will no doubt see a lot of changes, and the earlier it’s done, the more time he has to prepare them.