Real Betis’ Chance To Push On And Become Euro Regulars 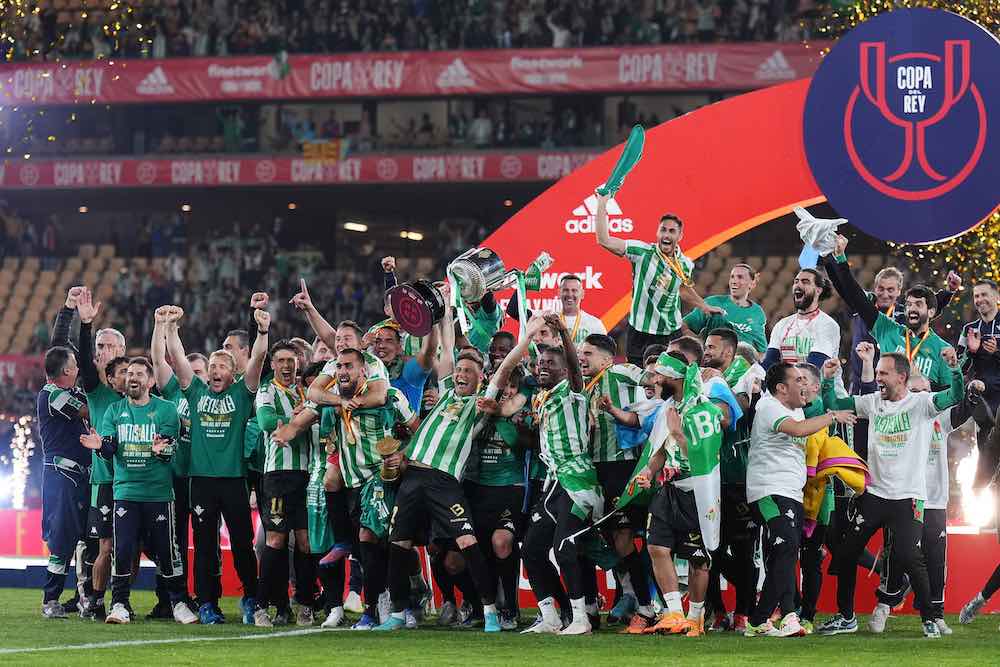 It has been an incredible season for Real Betis.

The Andalusian outfit won the Copa del Rey and have qualified for the Europa League via La Liga for the second consecutive season.

Manuel Pellegrini has done sterling work and built a hard-working, competent and cohesive team with a bright future ahead of them. Many are backing them to push on next season at outlets like soccer bet, and the recent success was made all the sweeter given the tumultuous period the club has just lived through.

While their neighbours Sevilla were busy winning six UEFA Cup / Europa League titles and establishing themselves as Champions League regulars Betis were relegated to the Segunda División and went through a variety of unsuccessful coaches.

But Pellegrini has got a talented squad performing well. There’s experience throughout the spine of the team and no shortage of good characters – Claudio Bravo, Héctor Bellerín, Marc Bartra, Guido Rodríguez, Sergio Canales, Nabil Fekir and, of course, Joaquín.

This is a group of players that has embraced the ethos of the club and relished the chance to write their names in its proud history. The Copa victory did just that – it was Betis’ third after previous successes in 1977 and 2005. It meant everything to the green-and-white half of the city of Seville and sparked unforgettable celebrations.

The final took place in Seville at La Cartuja and every bar across the city was packed. The game kicked off at 22:00 so by the time Juan Miranda’s winning penalty was taken it was after midnight. Everybody then took to the streets before heading for the Plaza Nueva – the picturesque square where Betis celebrate titles. It was a remarkable scene.

And now Betis look well-placed to continue growing. They intend to recruit well in the summer with Isco and Dani Ceballos floated as two potential signings. And if they lose one of their stars – most probably Fekir – it will be on their terms. For a club defined by a certain madness it is a real boost to have a man as controlled as Pellegrini at the helm.

This is underlined by the comments he made ahead of Betis’ first game following their Copa success, a goalless draw with Getafe. They did not get the result they wanted but Pellegrini made sure that his players knew that the season did not end with their Copa victory – they wanted a top-four place.

“It’s been a special week, we can’t deny it,” Pellegrini said. “The mental state was high and hectic and we’re now coming back to reality.

“We’ve been taking measures this week to return to being the same competitive Betis we were before winning the Copa. The season doesn’t end with the Copa. We can still qualify for the Champions League and we’re going to push for that.”

Sevilla look like they are about to head into a summer of uncertainty. Julen Lopetegui looks more likely to depart the Sánchez-Pizjuán than stay and Betis, with the right acquisitions, could look to push for a top four place. They certainly look well-placed to continue to compete with the likes of Real Sociedad, Villarreal and Athletic Club.

Betis appear uniquely placed in the Spanish football landscape. They have a huge fanbase scattered all over Spain due to the history of emigration that defines Andalusia. Their stadium, the Benito Villamarín, holds 60,720 people.

One could argue that Betis have an opportunity to push on in the coming seasons and establish themselves as regulars in European football. They have the scope to grow. Time will tell if they can seize their opportunity.