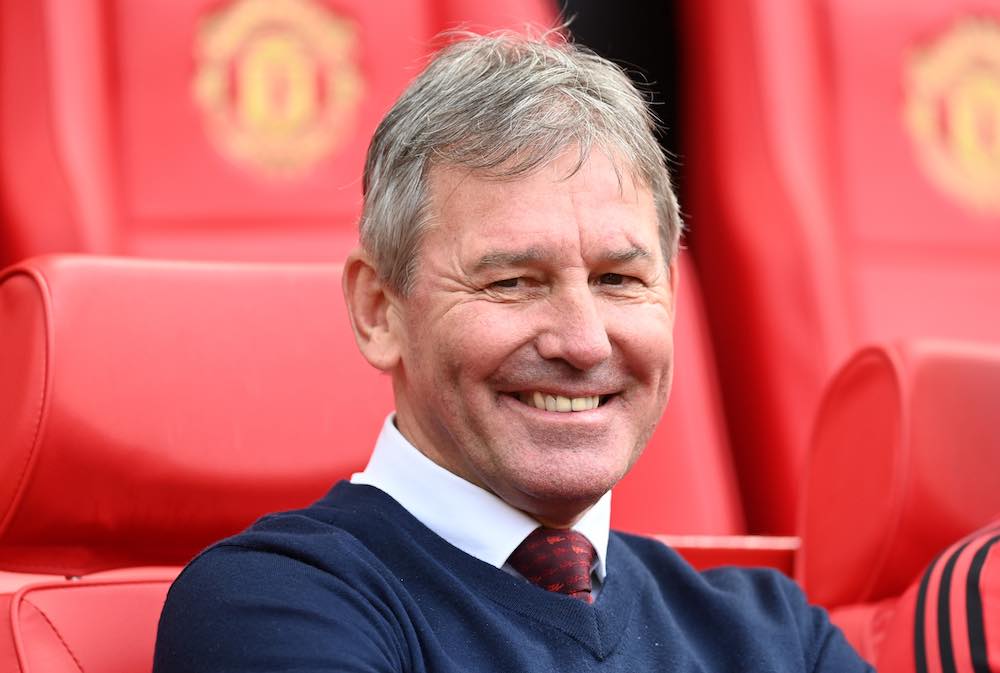 An interview with Bryan Robson, by Callum McFadden for WFi.

I recently interviewed Ron Atkinson who described you as the best signing that he ever made in his managerial career. What was it like to work with Ron from your perspective as a player?

“Ron was a very good manager. He proved that throughout his career by winning trophies at Manchester United, Aston Villa and Sheffield Wednesday. You don’t do that by luck.

“I enjoyed playing under him because he wanted you to express yourself as a player and enjoy playing football.

“He was great for me and showed faith in me throughout my time working with him. That was shown more than ever when he paid a record transfer fee at that time to take me from West Bromwich Albion to Manchester United in 1981.

“We still keep in contact. I enjoy giving him a call to talk football and reminisce about our time working together. He’s never lost that great sense of humour.”

What would you pick out as your personal highlight for your time playing at Manchester United?

“I would have to pick the 1992/93 season. No danger about that. It was the start of the Premier League era and we won our first league title in 26 years. That was massive for the club and also massive for me as club captain.

“That was a moment that will live with me forever.”

Paul Scholes, Roy Keane and other iconic United players have named you as the most influential captain that they played with. With that in mind, what makes a quality captain in your experience?

“You need to always lead by example. Your role is to organise people on the pitch as the manager wants the team to play because you are the manager’s main man of influence on the field.

“It is also a role that has responsibilities off the pitch too. It is important that you help foster a positive environment in the dressing room and around the club in order to ensure that players feel comfortable together and are happy to bond together.

“The more together you can be as a team at training, on match days and away from the pitch, then it can only help.

“I may be called old fashioned but I do think it’s important for teams to do things together and bond away from football and get to know each other well rather than just drive in each day and go home again.”

Given the difficulties of this season for Manchester United under Ole Gunnar Solskjær and Ralf Rangnick, how much are you looking forward to seeing the team under the management of Erik Ten Hag going forward?

“It is going to be an interesting summer. That is for sure. We’ve got a fair few players that are out of contact and leaving the football club this summer so they’ll have to be replaced for starters.

“Erik will then want to start building his own squad. I am interested to see how he sets the team up, who he brings in and how we go next season.

“I think the club could do with a couple of more physical players this summer to boost the squad.”

Last but not least, Bryan, have you been encouraged by the fact that Erik Ten Hag is starting the job early and appears eager to make an instant impact at the club by making key decisions very early into his reign?

“I am, and I think the players will be pleased about that as well. I am sure that he’ll have conversations with them as soon as possible to gauge how this season has gone and why it’s gone that way.

“The players will also want to understand what he is about and what his plans are for the club during his time in charge.

“I wish him all the best and look forward to watching his Manchester United team next season as I am sure the fans are too.”