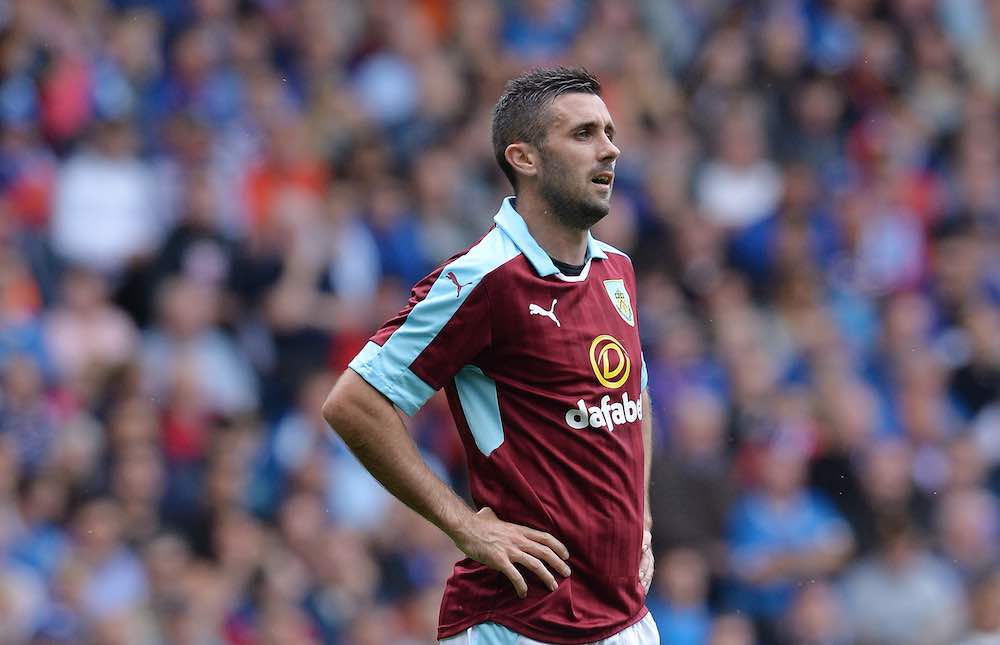 An interview with Danny Lafferty, by Callum McFadden for WFi.

You started your career at Celtic and spent time on loan at Ayr United. How do you reflect on your time in Scottish football as a whole?

“Celtic was a great place to learn. It was the perfect footballing education.

“The coaches including the legendary Tommy Burns taught me how to understand football and how it should be played.

“Neil Lennon was my reserve team coach and he taught me a lot as did Danny McGrain who was always around the training ground.

“The short loan spell at Ayr United was enjoyable because it gave me a taste of first-team football despite the fact that it was not overly successful as it ended in relegation.

“Ayr was the real start of my first team footballing journey.”

You worked under the Republic of Ireland manager Stephen Kenny during your first spell at Derry City. You won the Irish Cup under his leadership. What was it like to work under him?

“Stephen was great and working with him was one of my most enjoyable years in football. Returning to Derry from Scotland was a reset for me.

“The club was in a rebuilding process and to return was good for me because I played regularly under Stephen.

“We had a strong dressing room full of local lads who I had grown up playing with such as James McClean. It was a fun time, almost like being back playing with my mates as a kid.”

You played in the Championship and the Premier League at Burnley under Eddie Howe and Sean Dyche. How did they compare as coaches?

“They were both top coaches but had different approaches to the game. Sean created a strong ethos that was evident at the club for a decade which takes some doing at any level of football.

“Sean Dyche was really structured and white rigid in his team set-up whereas Eddie Howe was more expressive and wanted us to entertain the fans in a possession-based system.

“I was very fortunate to work with both of them.

“Being involved in two promotions to the Premier League with the club is something that is incredibly special. We were a club on the up and Sean Dyche was the key to that.

“He built a squad that was all pulling in the right direction with quality players such as Kieran Tripper who went on to win La Liga and Danny Ings who played at Liverpool and England.

“Everyone knew their role and what was expected from them. That never changed under Sean and is no surprise that the club was in a better state post-Dyche than before he arrived.”

Another promotion success follows at your next club, Sheffield United, under Chris Wilder. Did you enjoy your time under his management?

“I really did. Working under him was brilliant and we reached 100 points to win the League One title.

“Chris was a really humble guy who built a squad that had a similar feeling to my time at Derry. It was like playing and training with your best mates.

“Everyone got on so well together and that was reflected on the pitch with our results.

“He was a fan of the club and he wanted the very best for Sheffield United. He cared so much that it was hard for us not to become fans of the club while we played there.

“The club went to the next level under Chris and it was no surprise to me having worked under him.

“The fans at Bramall Lane always drove us on and they were great fans to play in front of. Their passion was second to none. The club means everything to them.”

You represented Northern Ireland on 13 occasions. What was your experience of international football like?

“Well, let me tell you, I won’t forget my debut in a hurry because I made my debut against the Netherlands when we got hammered 6-0 in the Johan Cruyff Arena (laughs).

“I was up against Arjen Robben and that was a baptism of fire. Trust me.

“I loved every experience with the national team because it gives you a release from club level. You are in a different environment and meeting up with old friends, which is good.

“I worked under Michael O’Neill and we qualified for the European Championship for the first time in decades.

“We were ‘little old Northern Ireland’ then Michael arrived and got us playing and no one underestimated us.

“I had the opportunity to play with top players such as Jonny Evans and Steven Davis who were great with all the players even though they were playing at the top level.

“They achieved so much in the game yet there are so humble and normal Northern Irish lads.

“Two outstanding players who are underrated in my opinion until you train or play with them.”

“Playing with James McClean was unbelievable. He has had a very good career and we are close friends.

“Jack Byrne would be another player who I would pick out. He is a different player to James but he is also an international player.

“Those two stand out for me.”