15 Players To Watch At The 2022 CONCACAF U20 Championship 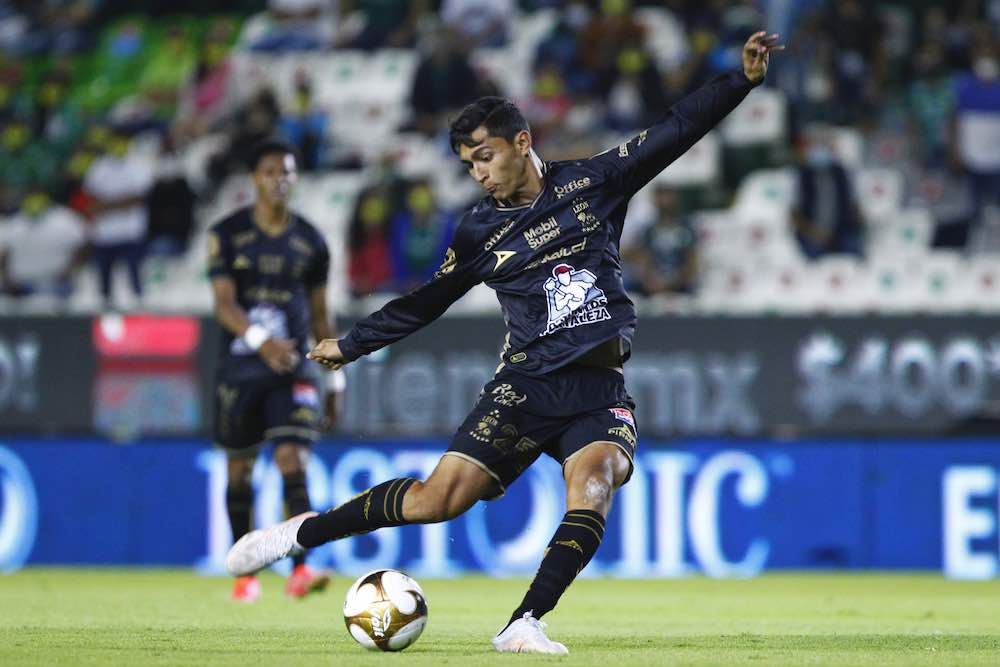 Out of the 21 editions of the Concacaf U20 Championships, no team has enjoyed more success than the Mexicans.

Mexico has dominated the event winning 13 of the 21 editions. With the talented Fidel Ambríz leading the midfield the objective remains the same — to win the tournament.

The elegant defensive midfielder often captains this team and will be the conductor of El Tri’s passing game. He also has a special ability in the air making him a real weapon from set-pieces.

Already a consistent starter for Liga MX powerhouse León, this tournament can propel the profile of a player already rumoured to be receiving European interest.

The Dominican Republic’s history in football is nowhere close to its history in baseball. However, while the island has never really produced a formidable national football program some high-level players have been associated with its national team.

For example, both Real Madrid’s Mariano Diaz and former FC Barcelona wing-back Junior Firpo represented the Dominican Republic in the past. However, neither player remained committed.

This is what makes Azcona different. He is committed and the heartbeat of the new generation of Dominican Republic football. Already an important part of DR’s senior national team he has represented the country at both the U20 and U23 levels.

A pure attacker, Azcona made history when he became Inter Miami’s first-ever Homegrown to appear in a Major League Soccer game.

His Inter Miami teammate, Israel Boatwright, who was selected in the Best Xl in the 2022 Generation Adidas Cup, is also one to watch on this team.

Part of a rich Costa Rican football family, Jewison’s career has gotten off to an electric start.

Firstly, the left-winger scored just four minutes into his professional debut in the Costa Rican top flight. Just a few weeks after that he became the youngest player ever to represent Costa Rica at just 17 years and two months in a friendly against El Salvador.

He then started three World Cup qualifiers grabbing an assist in a dominant 2:0 victory over the USA. The Costa Rican old guard has carried the Ticos for so long and earlier this week that group took them to yet another World Cup when they defeated New Zealand in the inter-continental playoff.

Bennette started that game and along with the equally rated Brandon Aguilera Costa Rica’s future looks in great hands.

The 2020-21 season was an incredible year for 19-year-old Caden Clark who chose to join the New York Red Bulls after leaving the Barça Residency Academy in Arizona.

The US-based Barça Academy has rapidly gained a strong reputation for developing high-level professional players. Clark is one of three graduates on this U20 roster along with Diego Luna and Rokas Pukstas.

But it was in New York where the midfielder really came to life. Originally signed to New York Red Bulls’ second team it was evident from the very first game this player was unique, and he was quickly promoted to the first team scoring on his debut with a sensational volley.

The very next game the kid did it again thus becoming the youngest player in MLS history to score in his first two games.

Clark’s knack for scoring and being a consistent problem for opposition defenders never slowed and his performances compelled Bundesliga giants RB Leipzig to quickly tie up the American as the next prospect for the Tyler Adams’ pathway.

Jamaica’s preparation for these championships has been far from ideal. The Jamaicans, who have only qualified for one FIFA U20 World Cup, kick off the tournament with a spicy tie against Costa Rica.

With no international friendlies played prior, it is difficult to know what to expect from this young Reggae Boyz team whose squad was put together by trailing so many players that its local media turned up to training sessions to discover a new face each day.

Despite looking at many players, there was still a position that needed filling – centre forward. In Jahmari Clarke, who seems to have finally committed after some doubt, they have filled the void.

The Reading striker appeared 12 times in the English Championship for a team who narrowly avoided relegation. His double against Birmingham City back in November was easily his season’s highlight.

The other potential #9 in the squad is Zion Scarlett but seeing that the Columbus 2 player has only played 18 minutes of football for the entire MLS 2 season, it seems unlikely he would push Clarke for the starting spot.

Built like a machine, Cade Cowell is the chosen one for this US U20 team. Cowell has already made his senior international debut for the Red, White and Blue and he is a certified star in Major League Soccer, putting up some big performances for the Earthquakes.

These performances have not gone unnoticed as clubs in both La Liga and the English Premier League are circling.

Cowell is powerful, strong and loves to run at defenders. Some question the attacker’s soccer IQ but against his peers, he should be able to show how far along he really is.

The US are back-to-back champions at this level and for them to complete the hattrick a big tournament would be needed from Cowell.

If he does really well and carries the momentum onto the rest of the season he might have an outside chance of squeezing himself on a flight to Qatar in November.

The steam built up from the El Salvadorian senior team being in the final eight of World Cup qualifying has trickled down to their U20 team. And the lynchpin of this team is a tidy central midfielder, Jeremy Garay.

Garay already has a professional contract with DC United and could have been easily lining up with the USA U20 team as he has been called into the team in the past.

The El Salvadorian senior team wasted no time in giving Garay senior team appearances. He will be the glue to this team that also includes several players that El Salvador should be optimistic about.

Danish-based winger Ronaldo Arevalo, captain Harold Osorio and center-back Alejandro Cano all have to think they can be part of the future plans of El Salvador. 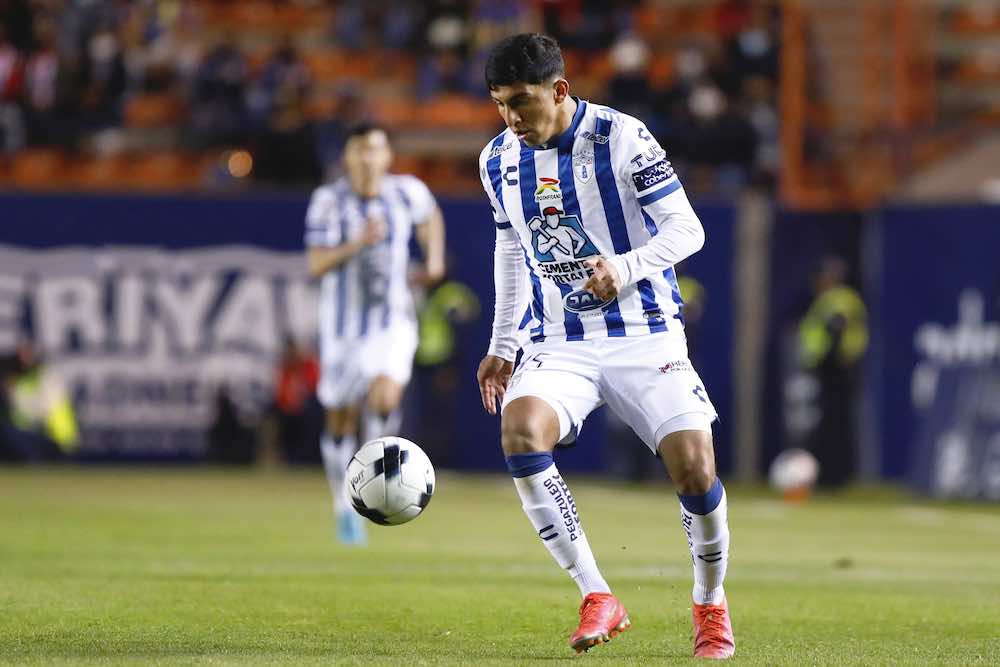 There should be no underestimating Bryan González’s experience as he is the lone survivor from the Mexican U17 team that finished runner-up to host Brazil in the last U17 World Cup.

The Pachuca winger scored in that final and with Arsenal’s Marcelo Flores out of the tournament this team is open for González to play a starting role.

This Mexican team as usual is strong and he may be even competing for time on the pitch with the Mexican boasting several attacking options from the emergence of Heriberto Jurado and players from each side of the LA divide in Jonathan Pérez and Christian Torres.

18-year-old Kamron Habibullah is a veteran of the Canadian team that impressed at the last U17 World Cup in Brazil.

An absolute wizard on the ball, Habibullah is the type of player that gets fans off their feet. And with the Whitecaps Academy already producing Alphonso Davies, the world cannot take its graduates lightly.

Habibullah will be key to Canada’s attack and he should link up with several attacking options in their squad supported in part by the growth of professional soccer in Canada.

Along with power striker Lowell Wright, the creative Rida Zhouhir and the stability of European-based Justin Smith it’s not farfetched to see Canada making a deep run in the tournament. However, they will have an intriguing early test against the US where everyone can see just where they are really at.

Trinidad and Tobago’s football has been in steep decline over the last decade and the man given the responsibility to restore some hope is all-time cap holder Angus Eve.

Eve, whose best work as a coach has been at the youth level on the island, is a firm believer in domestic talent and has chosen to resist the temptation of relying on the diaspora.

On the top of this talent list is the player he describes as: “the future of Trinidad and Tobago football” — Molik Khan.

Khan is a flashy all-action midfielder who will captain the team in Honduras. Minnesota United wasted no time in replacing one Trinidadian gem in Kevin Molino with another when they signed Khan earlier this year.

Khan made his senior international debut at just 17 in a friendly against Bolivia and has gone on to add four more senior appearances for his national team.

The tug of war for Mexican-American players will be a never-ending battle. But it seems in Tony Leone’s case Mexico has come out victorious. The center-back was the first-ever homegrown signed by LAFC along with another member of this squad striker Cristian Torres.

During the 2021 Revelations Cup, Leone marshalled a Mexican defence as they won that tournament containing Brazil, USA and Colombia.

LAFC has been patient with the young defender using affiliate Las Vegas lights to give him the game time much needed for his overall development. 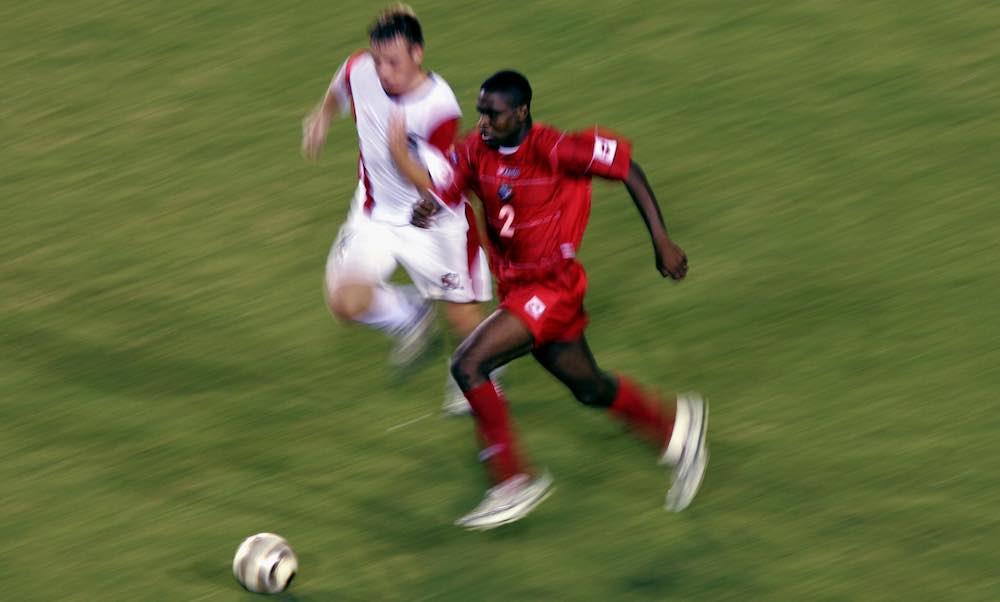 Eduardo Guerrero’s success with Maccabi Tel Aviv has seen the Israeli club try to repeat the process with Panama’s next rising star. That player is 19-year-old Carlos Rivera who recently made his senior international debut for Los Canaleros in a heavy defeat to Uruguay.

The result was secondary as the friendly was used to give much need experience to four key members of this U20 team.

Along with Rivera, Rodrigo Tello and Omar Valencia made their senior international debuts on that day. Rodolfo Vega, the only player of the four to start the game, made his debut back in 2021 when he came on in the final minute in a friendly against Serbia.

Looking at the other groups it is not ridiculous to say that the draw is a favourable one for Panama and they kick off the tournament in Tegucigalpa facing off against heavy underdogs Aruba. Rivera should be expected to hit the ground running should he feature in the first game.

Wilfredo has been playing for Puerto Rico’s senior national team since he was 17 and he is well-positioned to be one of the best players the island has ever produced.

He has already signed a multi-year deal with Orlando City in the MLS where he shadowed former Manchester United and Sporting winger Nani.

Rivera captains the Orlando second team and his experience is invaluable to Puerto Rico’s chances of qualifying.

Rivera is a brave player who can play anywhere in the attack and opposition defenders will learn stopping him is never easy.

Having returned from his European adventures with Boavista, the man who will be wearing the armband for Costa Rica will be keen to secure the backline for the Ticos.

A modern ball-playing center-half who is solid in the air is expected to be one of the key components of Vladimir Quesada’s young charges.

Van der Putten made his senior debut for Alajuelense last month so he should be going into this tournament with lots of confidence ready to bark orders from the back. 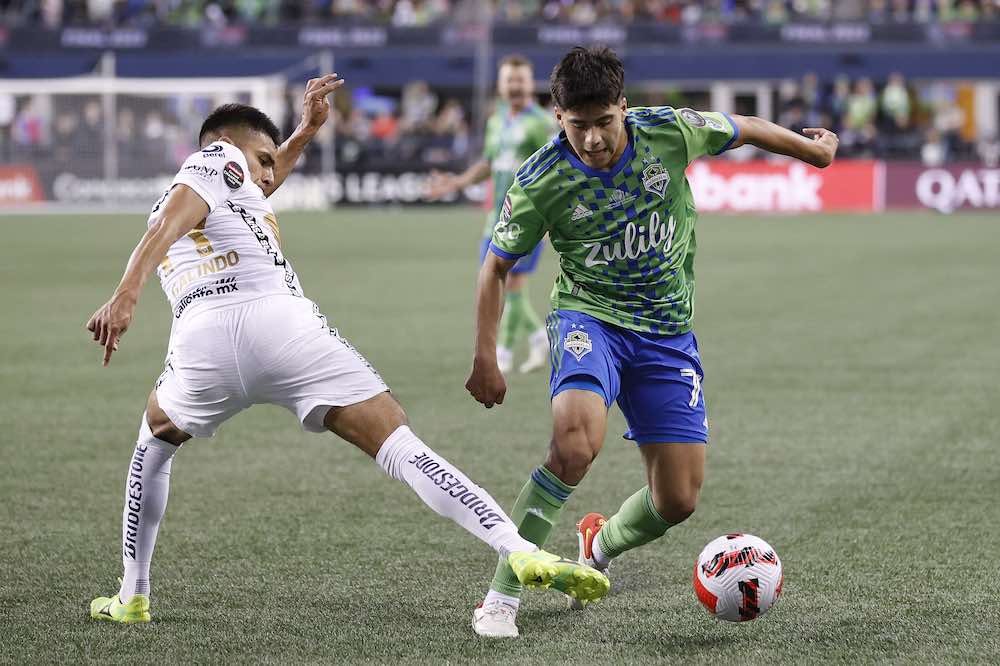 Born in 2005 Obed Vargas is one of the youngest players on the US team, however, that would not phase the boy from Alaska who has now become a regular in the Seattle Sounders’ first team.

A rare combative midfielder Vargas plays more like a veteran than a rookie, Sounders’ head coach Brian Schmetzer didn’t hold back when speaking about his teenage diamond saying: “he is going to be a tremendous player for your club.”

Vargas made his MLS debut at just 15 years old becoming the third-youngest player to do so behind only Freddy Adu and Alphonso Davies.

If the US complete the hattrick and win the trophy it will be Vargas’ second piece of silverware already for 2022. The Seattle Sounders made history earlier this year by becoming the first MLS club to win the Concacaf Champions League in its modern format.

During that run, Vargas was key, playing in seven of eight knockout ties of Sounders’ now renowned run.