DC United Taking Steps To Rebuild And Change Their Fortunes 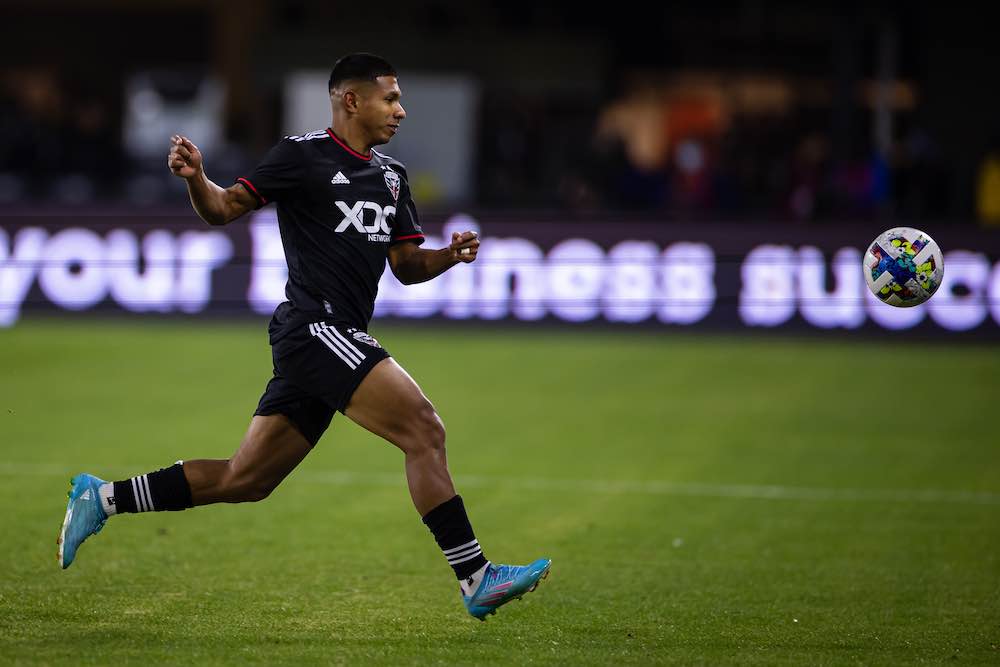 The transfer window brings a chance for small tweaks to push your side to the next level. For DC United, it is a chance to reshape the roster and look to build.

Designated Player Edison Flores has left to join Liga MX club Atlas. It never really worked out for Flores and DC United. He has been a useful player for his national side Peru, but struggled to make the desired impact in Major League Soccer.

Last season, DC United missed out on the playoffs by a point to New York Red Bulls. This year they sit joint bottom of the Eastern Conference with Chicago Fire, albeit with a game in hand.

Changes have been big so far. Former manager Hernán Losada was fired in mid-April, just six games into the season. Suggestions of tenuous relationships with some of the players as well as members of the club’s back office resulted in his dismissal.

DC United are now with an interim head coach, with Chad Ashton once again stepping in, and are down to one Designated Player.

Ashton has been the assistant coach at DC United since 2007 and this is his second spell as interim head coach, having also taken on the role in 2020 after the departure of Ben Olson.

Taxiarchis Fountas is the lone DP in the squad now, and his impact has been much brighter than Flores’ already. The Greek forward has five goals from eight games as well as three assists so far this season.

Fountas signed Rapid Vienna, who were not too keen to let him go but the 26-year-old was determined to make the deal happen and ended up getting his wish.

DC United recruited in Fountas on the back of their data analytical approach, which has seen him fit right in with the club and hit the ground running.

His movement off the ball to find space is evident, as is the quality he shows on the ball. Those eight goal involvements in eight games show his threat in the final third.

Being able to play alongside a veteran of the league in Ola Kamara, Fountas is given the chance to roam and find the areas of the pitch in which he will be most dangerous. Ashton has often used a 5-3-2 formation with Fountas being the support striker with more licence to roam. Karama is an out-and-out No 9 who will occupy central areas and look to make his impact in the box.

Having this contrast gives DC United some variation in their attack the reported interest in signing Martín Rodríguez gives them a new threat to replace Edison Flores. The Chilean winger looks set to arrive in July when the window opens from Turkish club Altay, and has five years playing experience in Liga MX prior to that.

This signing could see a slight shift in formation — possibly sacrificing a central midfielder to play with two forwards behind Kamara with two holding midfielders behind them.

Rodríguez is a Chilean international with 12 caps and one goal. He has never been a huge goal threat, having scored 28 in 252 professional appearances, though his work on the ball in a creative sense should provide DC with something they had hoped for from Flores.

The club will be using Targeted Allocation Money (TAM) for the signing of Rodríguez, so there will still be two DP spots available to use should they identify the right player.

They have areas that need more depth, and areas that need strengthening. One of these would be centre forward. Karama is 32 now and there is little competition for him or planning for a long-term solution in this role. Michael Estrada was brought in on loan, but the Ecuadorian hasn’t pulled up many trees with the opportunities he has been given.

Ashton’s role will also need to be figured out. Who will be their permanent manager going forward? Will Ashton remain in the assistant’s role afterwards?

With news of Wayne Rooney leaving Derby County, maybe a push for their former DP could be something to explore.

They have a decent MLS squad with players of good experience mixed with some new talent, though they do not look like a playoff team.

The likes of Brad Smith, Julian Gressel and Russel Canouse will provide a good level of quality, but they need to improve, especially at centre back and centre forward.

There is still some way to go, and no side is far from a playoff spot at present and some good additions to the squad could quickly change DC United’s fate.

They seem to have got things right with Fountas, and the next steps with new DPs and a head coaching decision will tell us a lot about where DC United will finish come the end of the regular season.