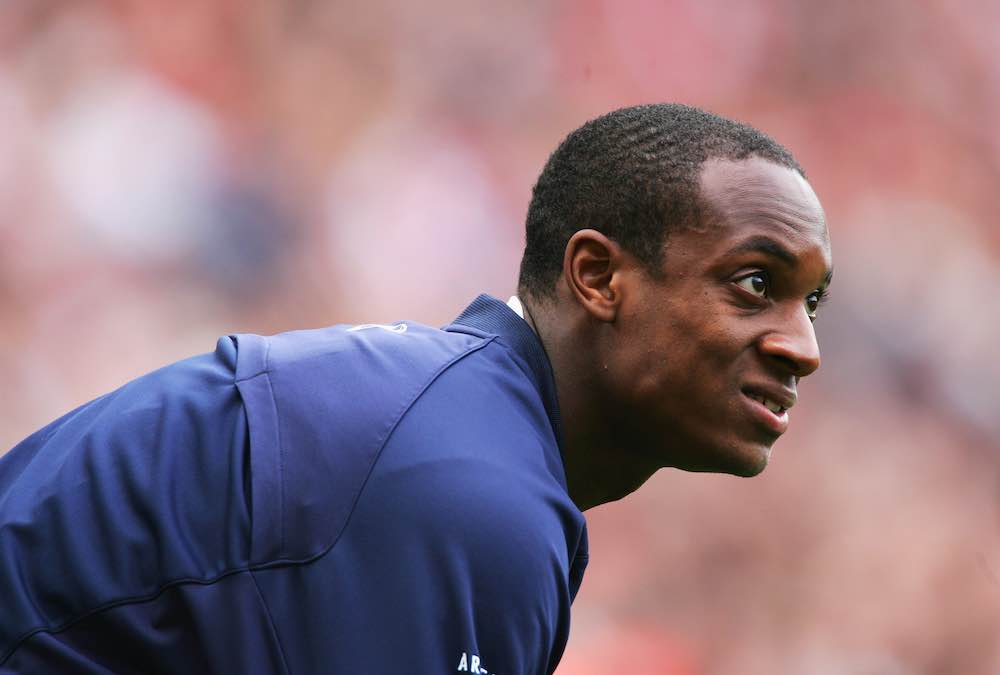 An interview with Justin Hoyte, by Callum McFadden for WFi.

You started your career at Arsenal, joining the academy at the age of nine and won the FA Youth Cup in 2001. How do you reflect on the grounding that you had in the youth setup at Arsenal?

|It was a dream come true as a boyhood Arsenal fan. I went from following the club and chasing after the team bus for autographs as a kid to gradually progressing through the youth system to the first team.

“Winning the youth cup was special and a great way to cap off my youth career at the club.”

You played for the Arsenal first team on numerous occasions and won the Community Shield in 2004. What was it like playing alongside the likes of Thierry Henry under a legendary manager such as Arsene Wenger?

“Training and playing under a manager of the calibre of Arsene Wenger was unbelievable. He taught me so much on and off the field. He was an extraordinary coach who always knew how to handle any situation.

“He was in control on the training ground and on match days. You don’t fully appreciate how good he is until you leave.

“The players were also great with me. It was scary to train with them initially because I was in awe of players like Thierry Henry and Dennis Bergkamp. They were two of the best players in the world who I was used to watching and supporting and there I was training alongside them.

“I learned so much just by watching them train and also by how they conducted themselves as human beings. They treated everyone with respect and had a winning mentality and a mental resilience that enabled them to achieve great things.

“My first experiences of first-team football at Arsenal were in the League Cup games. The pressure is on you on such occasions as you need to be able to show what you can do in a relatively short space of time.

“To be truthful, I played like a fan from the stands in my first few games for the club. I was in awe of my teammates and I played like I was a fan who was living his dream rather than as a player who was a fully-fledged Arsenal player.

“Thankfully, I got used to it and was then able to express myself and my strengths as time went on. It is important to bring out your own personality and ability to the team and that is a challenge that I had to take on.

“I loved my time at Arsenal and to make the first team fills me with so much pride. I lived my dream by pulling on the jersey for my club.” 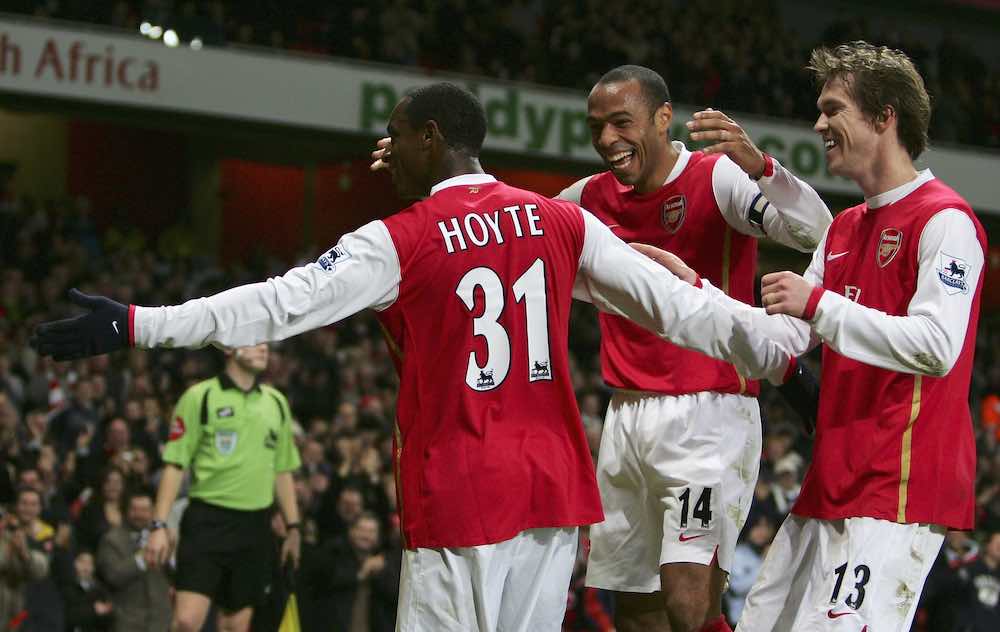 LONDON – JANUARY 02: Goal scorer Justin Hoyte of Arsenal celebrates with Thierry Henry and Alexander Hleb during the Barclays Premiership match between Arsenal and Charlton Athletic at the Emirates Stadium on January 2, 2007, in London, England. (Photo by Phil Cole/Getty Images)

You played regular Premier League football on loan at Sunderland in 2005/06. It was a turbulent season at the club but I imagine that you would have learned a lot from your experience at the Stadium of Light?

“Sunderland was a good move for me despite the club suffering relegation during my loan spell.

“I loved my time at the club and being in the North East because it was my first experience living and playing out of London and living by myself which helped me grow as a person as well as a footballer.

“I learned a lot about myself and it was a great experience to work under a manager like Mick McCarthy. I learned a lot from him and by playing in a team that was not always on the front foot like Arsenal often were.

“One of the senior players who helped me a lot and was like a brother to me was Nyron Nosworthy. He was living at the same hotel as me when I initially went up to the area.

“He was also from London and it was easy for us to connect. He was a mentor for me and helped me settle in the North East. He helped me so much.”

You left Arsenal permanently for Middlesbrough in 2008. You played at the Riverside for six seasons in over 150 games. What are your memories of your time on Teeside?

“It was an unbelievable time. I was delighted to return to the North East following my experience of living in the area while at Sunderland.

“Gareth Southgate brought me in and I have happy and sad memories from my time at Boro.

“I was happy to be able to play in front of the fans who love the club and always back you but I was sad to be relegated from the Premier League at the club and not be able to help the club back there.

“We had good sides with strong players and always did well at the start of the season but, for whatever reason, we struggled in the middle part of the season which meant we had to battle for the playoff places which was not meant to be.

“I loved my time at the club and I was sad to leave under the circumstances that I departed.”

“I was very proud to play international football. I should have committed to Trinidad and Tobago earlier in my career when I had the chance, but I was also grateful to have the chance when I did.

“I had the opportunity to play against some world-class players and see different parts of the world which was always a personal ambition of mine.

“My first game was against Romania and it was a completely different experience to what you get at club level. The standard was very high and you are facing the best players that a country can offer.

“We had a strong squad including players such as Kenwyne Jones and Carlos Edwards.

“I had to also single out Andre Boucaud who helped me settle into the national team set-up. He played the majority of his career in League One and League Two but he was a very good player.

“I roomed with him during the duration of my time with Trinidad and I think he could have succeeded at a higher level given the opportunity.”

You played with and against many top footballers across your career. As a defender, who would you pick out as your toughest direct opponent?

“Without doubt, I would have to say Arjen Robben.

“He is direct and always goes at you. He never gives you a breather. His pace and skill as well as his determination always made him hard to stop when he was in full flow.”

Last but not least, which coaches would you say had the biggest impact on you personally during your career?

“Arsene was crucial to my development at Arsenal and he was great to work with.

“Gareth Southgate was also great to work with. His man-management was immense.

“Every player at Middlesbrough had full respect for him and enjoyed working under him. We wanted him to stay and did not agree with the club’s decision to get rid of him when they did.

“I thought he would have won promotion back to the Premier League if he had remained in charge.

“It was no surprise to me to see him go on and succeed as England manager.”