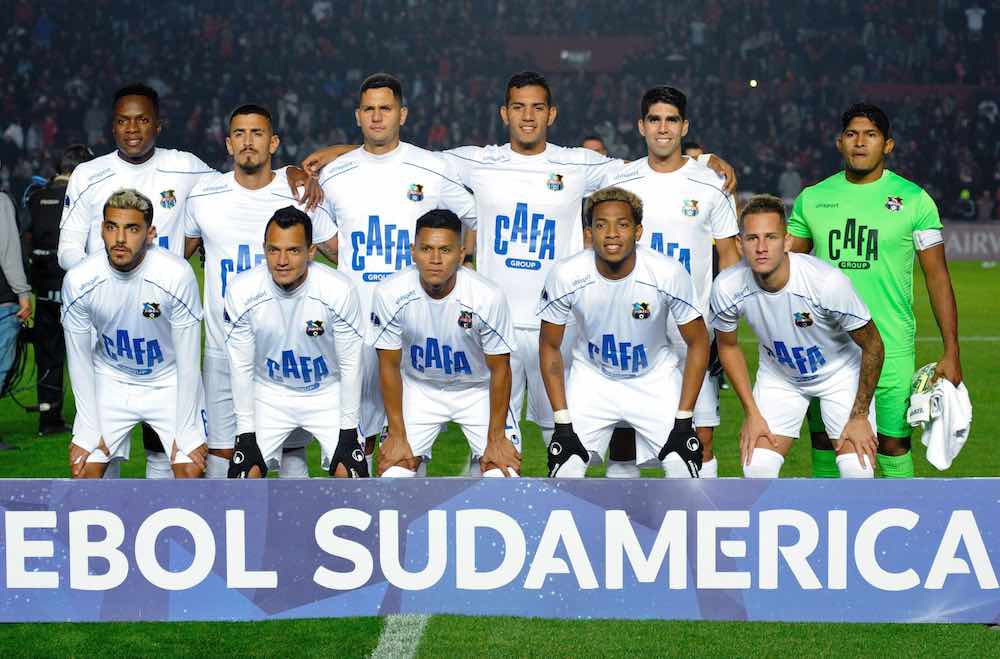 Hailing from the traditionally independently-minded state of Zulia, whose capital of Maracaibo even has its own style of Spanish named after it, Zulia Fútbol Club fits well into the provincial portions of Liga FutVe, away from the national capital of Caracas and other successful sides like Deportivo Táchira.

Despite, or perhaps because of, its location, the club has earned its stripes in Venezuelan football, in part through silverware, winning the Copa Venezuela in 2016 and 2018, but also through players.

Jefferson Savarino, formerly of Atlético Mineiro and now back at Real Salt Lake, and José “el Brujo” Martínez of the Philadelphia Union both played for the club in the mid to late 2010s. Even Venezuelan legend Juan Arango, known for stints at Mallorca and Borussia Mönchengladbach, played at Zulia FC as his final professional club.

In recent seasons, however, the club has slipped away from the peaks of Venezuelan football and now finds itself working to recover from a dangerous dip in form. A dip that threatened them with relegation.

The club reached one of its highest ever points in 2019, first by finishing 7th and 14th in the Apertura and Clausura stages of the season, a fair showing, but most of all on the international stage. Zulia would beat Nacional Potosí, Palestino, and Sporting Cristal in the Copa Sudamericana, starting from the first stage of qualifiers, to reach the quarterfinals, the furthest a Venezuelan club has gone in the competition.

They would lose that quarterfinal 4-1 to Argentina’s Colón across two legs, but the journey would provide wonderful memories for the club’s supporters while launching several careers. One of those careers is that of the Philadelphia Union’s José Martínez, now a capped Venezuelan international, who was playing for Zulia in 2019. 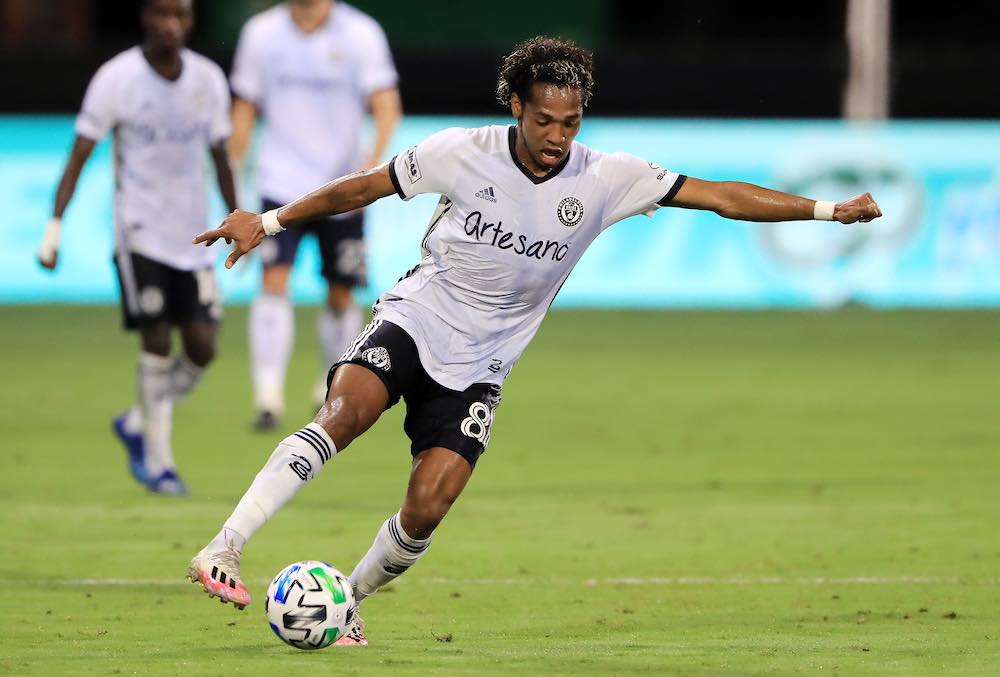 REUNION, FLORIDA – AUGUST 05: Jose Andres Martinez #8 of Philadelphia Union handles the ball in the first half against the Portland Timbers during the MLS Is Back Tournament semifinals at ESPN Wide World of Sports Complex on August 05, 2020, in Reunion, Florida. (Photo by Sam Greenwood/Getty Images)

In a 2020 interview for FutVe English and WFi shortly after joining the Union, Martínez talked about how his time at Zulia, the second club based in Maracaibo he played for in his career, impacted him professionally and personally.

“For me, Maracaibo is very important, not only because I played there, but because I was born there and because of what I was able to achieve in a short time,” Martínez explained.

“I was able to develop my football. I was able to make myself known and I was able to play in the Copa Sudamericana and reached the quarter-finals, which no Venezuelan team has done before.”

2020 saw several players, including Martínez, leave before Zulia eventually took the offer from the league which allowed clubs to skip the season without the threat of relegation due to the pandemic.

Zulia returned to play in 2021, though they didn’t play in the traditional home of football in Maracaibo, Estadio José Pachencho Romero, and instead played in the smaller Sede Deportiva Lino Alonso. The latter’s lack of room for fans proved without impact in 2021, however, as the regular season was played without fans.

Zulia earned 31 points from 24 games that season, missing out on the playoffs by five points. They were largely pushed forward by Yanowsky Reyes, an unexpected hero for the side who scored nine goals in 17 matches, each in a different match. Reyes left the following offseason.

And so one arrives in 2022. incumbent manager Henry Meléndez led Zulia to a terrible 0-3-5 (WDL) start. The drama started on match day one, when Zulia lost 1-0 to Deportivo Lara, who won via an 88th-minute free-kick. The goal was scored against an outfield player between the posts, as both keepers had been shown red cards during the match. The pain continued, with Zulia scoring in just three of Meléndez’s eight matches in 2022, conceding 13 goals along the way.

While fans were allowed back into Liga FutVe games this season, Zulia were forced to continue to play at Sede Deportiva Lino Alonso due to a serious case of miscare at the Estadio José Pachencho Romero, as reported on by Venezuelan sports journalist Fernando Prieto. Lino Alonso’s lack of stands meant that those fans that did attend matches were forced to gather and watch exclusively at one end of the pitch, outside one of its walls.

It should be noted that a project, helped in large part by second division club Deportivo Rayo Zuliano, has been underway to restore Estadio José Pachencho Romero.

Without a win in eight matches, bottom of the table, and with even their fans facing barriers to the usual match-day experience while the players played on a pitch that has faced considerable criticism, Zulia looked like 2022’s tragic story.

Meléndez was sacked on April 15 and replaced by Francisco Perlo, who had recently been let go by fellow Liga FutVe side Academia Puerto Cabello. Perlo had returned to his native Venezuela that same season after managing CAI in Panama, where he won two Clausura titles.

Zulia won six of their first eight matches under Perlo, drawing once and losing twice. Within a month under the new manager’s guidance, Zulia looked considerably safe from relegation. It was the sort of turnaround Liga FutVe’s annual strugglers rarely see, in a league where often a bad start means a bad middle and a bad end.

Perlo even got revenge on Puerto Cabello, who many felt sacked him prematurely. Zulia beat the club 4-1 at home and drew them 2-2 on the road, furthering their climb up the table while Academia Puerto Cabello found themselves near relegation.

Perhaps the most promising piece of Perlo’s revolution at Zulia Fútbol Club has been the role of young domestic talent, something of a growing tradition in Venezuelan football in the 21st century.

While several youth players, including some just recently promoted from Zulia’s academy like Francisco Rivas and Aldry Contreras, have laid their mark, there are a few pieces that stand out.

One is striker Junior Paredes, who started every single match of that 2019 Copa Sudamericana run at just 18 years old. Now 21, this Maracaibo-born striker, who debuted for the first team in 2017, has emerged as a key piece of the Zulia attack.

Showing up big despite his years, Paredes assisted Zulia’s only goal in a 1-1 draw with Portuguesa to get the club’s first point of the season, before more recently scoring winners in the club’s 3-2 win over Estudiantes de Mérida and 1-0 win over Caracas, both matches Zulia were expected to lose. Without a consistent spot as a starter, playing just 21 minutes in that win over Caracas, the striker has shown Perlo he’s an option worth his time. It should come as no surprise that he is already a capped youth international for La Vinotinto.

The win also means Zulia have 12 points, creating a three point gap between them and UCV in the relegation zone. #FutVe pic.twitter.com/jFGYox0MXs

Another player that has stood out is one who already had eyes on him from around the globe prior to this season, winger Saimon Ramírez. Just 20 years old, Ramírez came to prominence in 2021, when he made 19 appearances for Zulia and added two goals and two assists. Able to play several positions, he has appeared at the right-wing most often.

The winger has continued his role for Zulia in 2022, more important than ever as the side relies more and more on young, in-house talent. Making 15 appearances across Zulia’s first 17 matches, the 20-year-old has been captain three times, scored a goal in a 2-1 win over Hermanos Colmenárez, and featured in all of the club’s league wins thus far.

Ramírez’s rise has raised interest internationally, with Fernando Prieto reporting in January 2022 that MLS teams Inter Miami and the Philadelphia Union were amongst a group looking into the player.

Zulia’s foreign players have played a role as well, particularly Panamanian striker Guido Rouse, who has eight goals this season, seven of which have come after Perlo’s arrival.

Rouse’s impact goes as far as his hat trick against Mineros de Guayana on April 24th, which secured Zulia its first win of the season. Perlo, already having secured silverware in Panama, has proven effective at working with the nation’s talent abroad.

As to what led to the season starting so poorly, journalist Fernando Prieto tells WFi that while the club’s young roster is sometimes pointed to, a collection of inconsistent form and play the two seasons before, plus bad choices made in the 2022 preseason, are likely major factors.

“There are some different possible reasons for the team’s bad start at the start of the season,” Prieto says.

“Zulia did not have a good present [status], [this included] the absence of a 2020 season, an irregular campaign in 2021, and this season began without adding friendly matches in the preseason.

“During Henry Meléndez’s cycle in 2022, the team could not find a direction. Perhaps the manager’s ideas were not the most favourable.

“A change was needed to get out of the bottom, there is talent and with the arrival of Perlo the team has bounced back in a very good way.”

Prieto further explained that Perlo’s arrival didn’t just bring a general boost as happens with new managers. Perlo adjusted the formation itself, along with finding how to get the best out of the club’s foreign signings while giving domestic youth a chance.

“Since the arrival of [Francisco] Perlo, the team has shown considerable improvement,” he added.

“He changed the scheme of the team by returning to a backline of four. Zulia is more dangerous, chances are generated in the final third, with this the goals arrive, Guido Rouse being the scorer.

“You can also see the knowledge he had about the Panamanians of the team. He managed the majority [of them] in Panama and they have shown his best level since Perlo’s arrival.

“He had Adrián Montañéz debut and he proved to be one of the best centre-backs in the team, also trusting Maldonado who has shown his best level.

“He remains on a positive streak which is expected to continue. He took the team out of last place and has put them in contention for the Sudamericana qualifying spots.”

As to what Zulia Fútbol Club should aim to accomplish next season, now that they appear at least relatively safe. Prieto kept it simple, a return to the international stage they thrived in just a few years ago.

“The goal is clearly to get an international qualification,” he said. “It is no secret to anyone that Zulia, after its historic Copa Sudamericana in 2019, is eager to return… Surely the export of players is also an objective.”

It’s clear Zulia are back to their competitive ways and have plenty of talent in their squad. Representing a state occasionally referenced as the Texas of Venezuela, both for its oil industry and sense of individuality from the rest of the nation, Zulia Fútbol Club is as steadfast as ever in its service of representing its unique home.

One would hope that another year in the top flight will bring quality off and around the pitch to back up their efforts.