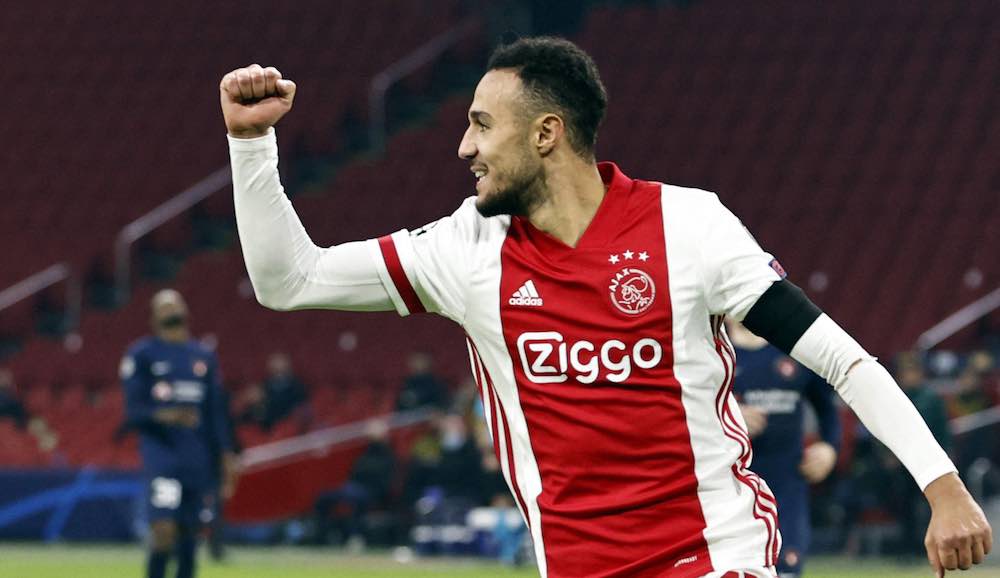 Steven Berghuis receives a pass. Sizing up his PSV opponents, he scans the field and lays it off to Noussair Mazraoui at the edge of the box. With nothing but the green grass of the Philips Stadion ahead of him, Mazraoui assertively takes a touch. With the precision of a prime Steven Gerrard, he slams into the right corner. Ajax 2, PSV 1.

His game-winning goal — in De Topper, no less — is the highlight of a season that left clubs like Barcelona and Bayern Munich amazed. It is fair to say that Mazraoui played a significant part in Ajax’s success last season, supplying everything from clutch goals to lockdown defence.

Yet Ajax will not see more of the Moroccan wing-back. His departure for Bayern means stepping into an unknown atmosphere, one with a right-back already asserting their dominance. Mazraoui will likely join Alphonso Davies, Lucas Hernandez, Dayot Upamecano, or Benjamin Pavard in Bayern’s back four. Even if Bayern was already tied for the fewest goals conceded in the Bundesliga, Mazraoui still has something to offer Bayern.

Born in Leiderdorp, Noussair Mazraoui spent most of his career with Ajax. He joined Jong Ajax in 2016 and earned a promotion to the senior side two years later. The rest is history.

He also scored once and added an assist in 28 Eredivisie games while scoring once and assisting another goal in the KNVB Cup.

Since his breakout 2018-19 season, he has evolved into an unstoppable force for Ajax. 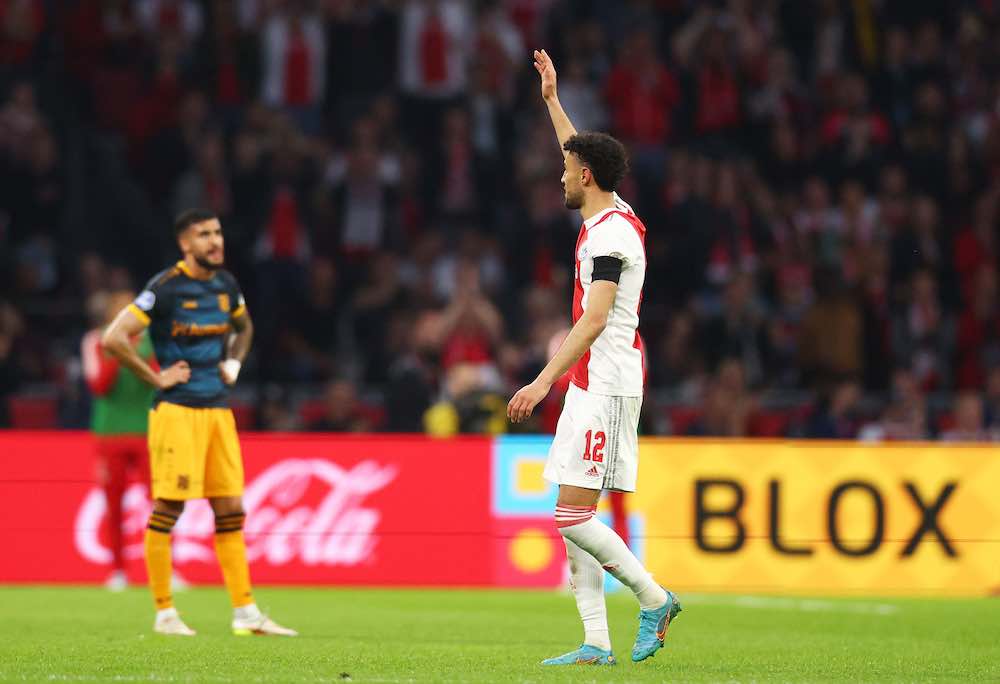 AMSTERDAM, NETHERLANDS – MAY 11: Noussair Mazraoui of Ajax acknowledges the fans as he is substituted during the Dutch Eredivisie match between Ajax and sc Heerenveen at Johan Cruijff Arena on May 11, 2022, in Amsterdam, Netherlands. (Photo by Dean Mouhtaropoulos/Getty Images)

Mazraoui missed eleven matches with numerous knocks and injuries in the cancelled 2019-20 Eredivisie season and did not score or assist any goals across all competitions. His attacking slump extended to his injury-plagued 2020-21 season. His only goal was a strike against Midtjylland in the Champions League.

Yet he returned to the pinnacle of the Eredivisie this season, attracting interest from Barcelona, Manchester City, Arsenal, and Bayern. His attacking performances, smooth play, and general promise helped him to help lead his side to Eredivisie glory.

Mazraoui scored three goals in 28 Champions League matches and added two assists to his stat sheet in this campaign. His defending is not mediocre either. He got 29 tackles, sixth in the Champions League, and added 15 interceptions to his resume.

Mazraoui can be as much a pest in attack as he is in defence. His all-round game will make him a full-back to be feared in the Bundesliga.

Unlike some full-backs, Mazraoui can create space in several ways. He can dribble his way past opposing full-backs, play a give-and-go with a teammate, or even catch the keeper by surprise and whack a goal from range. That, coupled with his accurate shooting and ability to wriggle into dangerous positions, makes him a threat when he gets the ball.

Even when marked tightly, Mazraoui is still lethal. He is known in the Eredivisie for long passing, crosses and incisive through-balls. His pace draws in defenders and frees up attackers for easy assists. His positioning is similar to a midfielder rather than a full-back, giving him that extra attacking edge Bayern desire.

As previously mentioned, Mazraoui made 29 tackles and 15 interceptions in the Champions League last season. His tall physique and soccer IQ help him lunge in at the right time and start counter-attacks. He pounces on even the most forgettable mistakes to dispossess attackers, and his slide tackles are perfectly timed.

Not only is he technically impeccable, but the Moroccan is clutch. He helped Ajax when they needed it the most. His winning goal against PSV and a pair of astonishing performances against Benfica show that.

Despite Mazraoui’s elite quality, he has some noticeable weaknesses that Bundesliga attackers could pounce on. He seems most vulnerable on the opposite side of the 1v1s he excels at so much. His lankiness betrays him when he faces other wingers, letting attackers control the game and force a reaction.

His aggressive stance exposes him on the defensive side, forcing a long trek back in counter-attacks and helping wingers explode down the flanks. A long ball past Mazraoui could end in a goal for the opposing team if he gets caught out like that.

Where Mazraoui Fits At Bayern

Bayern’s usual 3-4-2-1 lineup could pose some problems as Mazraoui tries to break through into the starting lineup. He could form a formidable pair with former Ajax teammate Ryan Gravenberch in the midfield, but Leon Goretzka and Joshua Kimmich excelled in those roles last year. He could feature as a right midfielder or wing-back, but it is likely that if Serge Gnabry does not leave he will occupy that spot.

The chance of Mazraoui starting a match will be higher if Die Roten set up in a 4-2-3-1. He can feature anywhere from his traditional right-back and central midfield roles to possible appearances in more advanced positions like right-wing or attacking midfield.

With the Mazraoui transfer, Bayern get a reliable, pacy wing-back who provides firepower to an already explosive side. Mazraoui may fight for first-team minutes depending on Bayern’s transfer business this summer, but it is safe to say the Moroccan international will also like this transfer.

Loading...
Newer Post
What Will Lorenzo Insigne’s Arrival At Toronto FC Mean For Jayden Nelson?
Older Post
Andy Bishop On Bury, England C And Playing For And Alongside Paul Merson