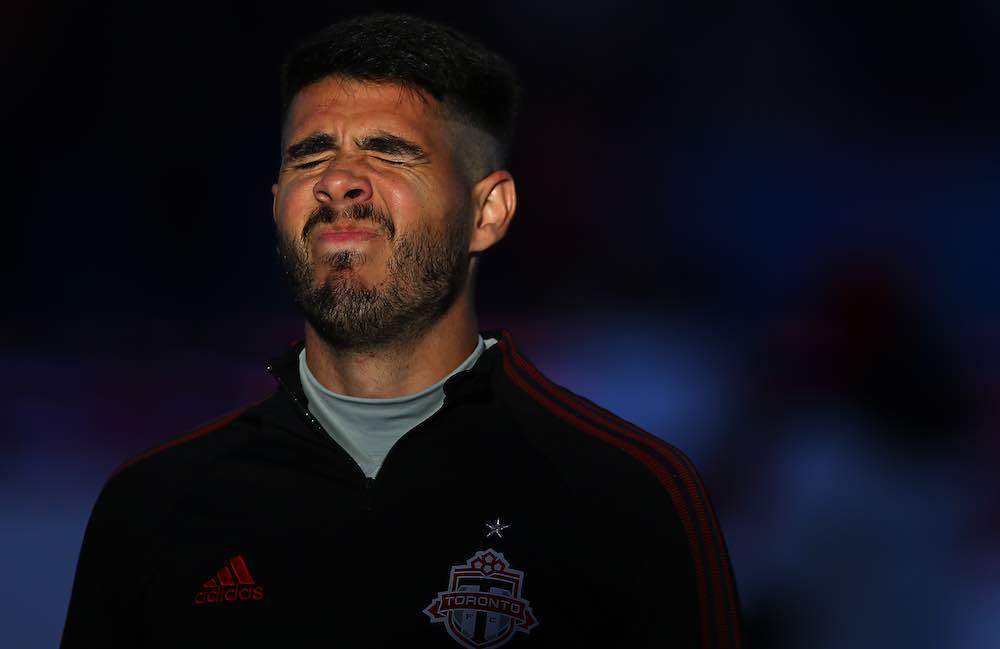 Toronto FC failed to take any points for the second game running as they lost 2-0 at home to Seattle Sounders.

Toronto remains 12th in the Eastern Conference, six points off a playoff place, with the final spot in the top seven currently occupied by New England Revolution.

Dylan Teves scored his first Major League Soccer goal in his first start for Seattle in the 39th minute, and this started them on their way to victory. Fredy Montero added a second in the 60th minute to make sure of the win.

As for Toronto, it was the fifth game this season in which they have failed to score. In recent years, Seattle have had the upper hand against TFC and this was their fourth consecutive victory against them.

This was the first meeting between the two sides from opposite conferences since the 2019 MLS Cup Final which Seattle won 3-1 at CenturyLink Field.

The last time Toronto tasted victory in this fixture was back in the 2017 MLS Cup Final which they won 2-0 at BMO Field.

This was Toronto’s fifth match in 15 days and fatigue may have set in. On countless occasions they failed to make the most of their opportunities in the final third.

Head coach Bob Bradley alluded to this in his post-match press conference.

“We started the game slowly and [Seattle] were able to clog the middle of the field, took us too long to get into any real tempo,” Bradley said. “You could see fatigue as a factor for several guys, yes.”

The home side had 13 shots with six on target, with a number of those coming from outside the box. The creativity around Seattle’s box was lacking as TFC looked predictable and slow when trying to advance. 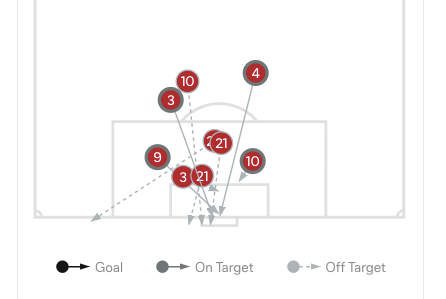 At times, it resulted in an easy save or turnover which led to a counter-attack.

“The first half was not good enough, said TFC captain Michael Bradley. “Too slow, not sharp enough, not enough intensity, just not the way we want to play in any way.

“I thought we had a pretty good start to the second half. Some good little advantages, can’t quite make enough of them and obviously give away another poor goal.”

In addition to Toronto’s poor attack, the defence continues to be an issue (not the best combination) as they have now conceded a goal in 26 straight league matches.

Throughout the match they struggled to maintain their defensive line which made it easy for Seattle to capitalize and score twice.

26 straight league matches without a clean sheet for Toronto FC

Have generated very chances in the final third, need to be more creative and move the ball quicker. Too predictable.

The backend has been disorganized, can’t keep a straight line. Salcedo & Mavinga have been poor pic.twitter.com/ktCb5Yu9Ed

Chris Mavinga and Carlos Salcedo each had nights to forget with the latter being outpaced by Leo Chu for the opening goal. Chu managed to get in behind Salcedo before delivering a cross to an unmarked Teves who headed past Quentin Westberg.

The game marked Alejandro Pozuelo’s 100th appearance with the Reds and the loss definitely made it a disappointing evening for the midfielder. Nonetheless, the Spaniard was one of the standout players for Toronto and was one of the few who was able to create chances.

He finished the match with the most successful dribbles (4), the most touches (117), being fouled four times, one key pass and a pass accuracy rate of 92%.

Pozuelo signed with Toronto back on March 4, 2019, and has been tremendous for the Reds since his arrival.

During these 100 matches, he has compiled 30 goals and 27 assists. He has been a leader and key figure to this side and continues to put in strong performances in an attempt to help his side out of the rut they find themselves in.

“He’s been in good form. We know the ability that he has in terms to make special plays,” Michael Bradley said of Pozuelo.

“In this last stretch has been able to come through for us in some important moments, whether its assists or goals. We’re going to continue to need that in a big way.”