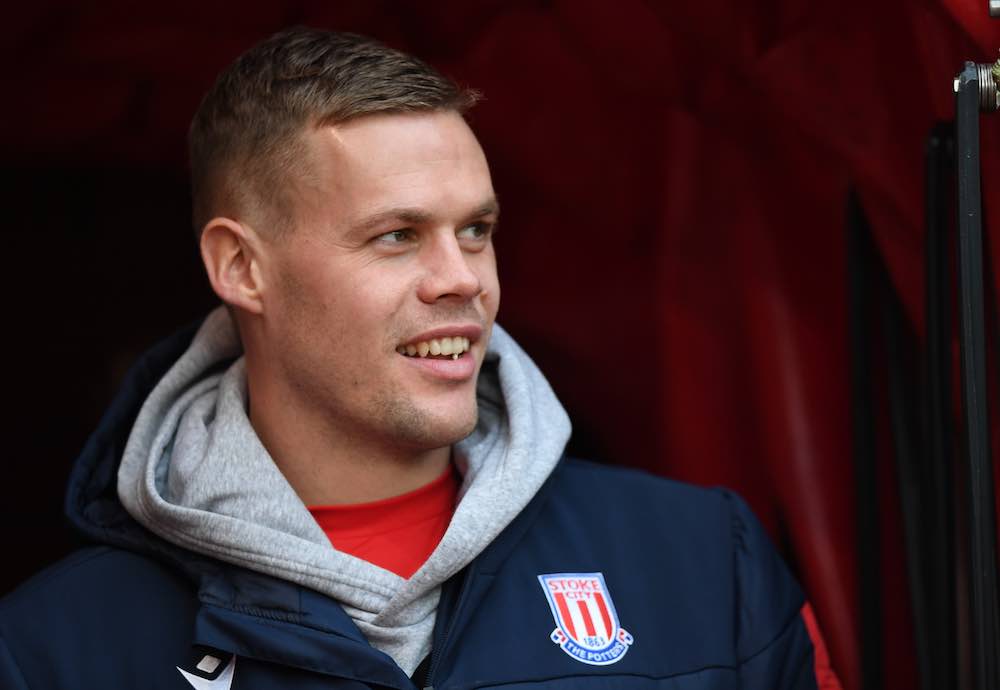 An interview with Ryan Shawcross, by Callum McFadden for WFi.

You started your professional career at Manchester United having progressed through the club’s academy system. What are your memories of those formative years?

“It was a great learning experience for me because at the time I was coming through Manchester United were the best team in England.

“I joined the academy at the age of nine and it was an honour to join the club. Sir Alex Ferguson and Sir Bobby Charlton welcomed me to the club at that age which was incredible.

“It gave me and my family a great first impression of the club that two iconic figures of the club would welcome me at that age.

“I loved every minute of progressing through each of the youth teams with top coaches. Manchester United was a great place to develop as a footballer and as a person too.

“They nurture you at the club and all of the small details are taken care of to ensure that they can consistently produce professional footballers who can play at Manchester United or elsewhere in the footballing pyramid.”

You made your first-team debut for the club against Crewe Alexandra in the League Cup. What do you remember about that night?

“I remember playing right-back which was unusual for me as I think I had only ever played there on a handful of occasions in the academy.

“It was a big moment for me and my family because as a youngster, you don’t know if you will ever have an opportunity with the first team.

“Sure, that night at Crewe and my other first-team appearances was a cameo but just to have the opportunity to play for the team that I support under a manager such as Sir Alex was amazing. It was just unfortunate that I could not make any further appearances.”

You went on loan to Belgian side Royal Antwerp from United. How did you handle the transition of living and playing abroad at a young age?

“Personally, I would recommend going on loan at home or abroad to any young player who is on the cusp of first-team football.

“It enables you to grow up because when I went, I was living in a flat with three or four other players and I had never lived on my own before so I had to adapt to new surroundings.

“There was also a new language to adapt to and a new league within which results mattered every week. It was not the same as academy football because winning is the main aim for the fans of the club rather than progression.

“The fans were great with me over there and it was a great tool for me to progress in a first-team environment on a consistent basis.”

You swapped Manchester United for Stoke City on an initial loan deal in 2007/08 which became permanent at the end of that season. How did you feel about joining Stoke at that time?

“I was nervous more than anything else because I felt like it was the right time for me to leave Manchester United to play first-team football in England. I also backed myself to be able to play at Championship level but you never know until you get there and prove it.

“Stoke just felt right from the moment I joined and I scored on my debut against Cardiff City in a 1-0 win which was the perfect start.

“I loved the intensity of the crowd at Stoke. They drove us on as a team in the Championship and then in the Premier League following our promotion in 2008.

“I loved the loan spell and I was delighted to sign permanently because I was settled at the club and wanted to continue playing in front of the fans who backed me from my debut onwards.”

Tony Pulis brought you to the club and made you club captain. What was your working relationship like with him?

“Tony was a very good coach. You do not coach at Premier League level for as long as he did without having a high level of skill.

“He always set us up to maximise our strengths and to ensure that we stayed in the Premier League which we always did while he was in charge.

“He then had success at Crystal Palace after he left us which showed you his ability.

“I appreciate him making me captain and I still speak to him to this day. He is someone who I learned off as a player and I can still learn from now in my journey towards becoming a manager in the future.”

You reached the 2011 FA Cup final with Stoke, narrowly losing out to Roberto Mancini’s Manchester City. Despite the defeat, reaching the final enabled the club to play in the Europa League. What are your memories of the final itself and Stoke’s European run?

“Reaching the final and getting into Europe was a great feeling at the time. It is just a shame to see where the club is at this moment.

“The FA Cup run was amazing and was summed up by us beating Bolton 5-0 at Wembley in the semi-final.

“We had a special group but unfortunately, faced a Manchester City team with worldwide stars in the final aiming to win their first trophy for the club in three decades.

“However, the European run was even better. I felt like a top player and it was my favourite season of my playing career.

“Playing in European competition was always an ambition of mine and I enjoyed battling against the technical qualities of the opposition.

“We played around 50 games that season and we had the opportunity to challenge ourselves against top sides such as Valencia who ultimately eliminated us in the last 16 of the tournament.

“They were a top side and the difference in quality between their side and ours was evident during both legs.”

Tony Pulis departed Stoke in 2013 and was replaced by Mark Hughes. What was it like to work under him and how did things change at the club?

“Mark Hughes had a wonderful playing career that speaks for itself, and he had managed in the Premier League for many years so it was a solid appointment.

“I got on really well with him and I enjoyed working under him as he had strong ideas on how he wanted us to evolve as a team.

“Mark was also fortunate that Tony Pulis had built a strong core to complement his signings in Asmir Begovic, myself, Robert Huth and Glenn Whelan.”

How did the high-profile signings settle into life at Stoke?

“They all settled in well and were together with the rest of the group.

“It was a brilliant time. They were probably fed up with me pestering them with questions.

“I used to ask Bojan about Pep Guardiola and how he set up training sessions and what he was like to work for. I wanted to learn from them.

“I was always asking questions during my career and I changed my diet and approach to training after working with some of the players who had moved here from abroad.

“I was always open to trying new approaches to maximise my performance and learning from my teammates was key to that.”

Which moments from your time at Stoke would you pick out as being your personal highlights?

“Being captain for over a decade, as that is not something that happens too often. I really felt the honour of having the armband.

“Also, playing in the Premier League for as long as I did because I always wanted to play at that level.

“Those two things would be my highlights, for sure.”

You have one England cap but also made several squads during your career. How do you look back on your England career?

“I was in five or six squads and it was an amazing experience to train alongside players such as Frank Lampard, Steven Gerrard, John Terry and co.

“The quality of player was extraordinary and they showcased what you needed to play at the very top.

“I do not look back on my time with England with anything other than pride. It is incredibly hard to get one cap, so I am proud of being able to wear that jersey and have my cap.

“It was not meant to be for me at international level. It was no one else’s fault other than mine. The standard of the level at England is very high and I learned so much.”

You finished your playing career in MLS with Inter Miami. How would you sum up your experience of football in the US? 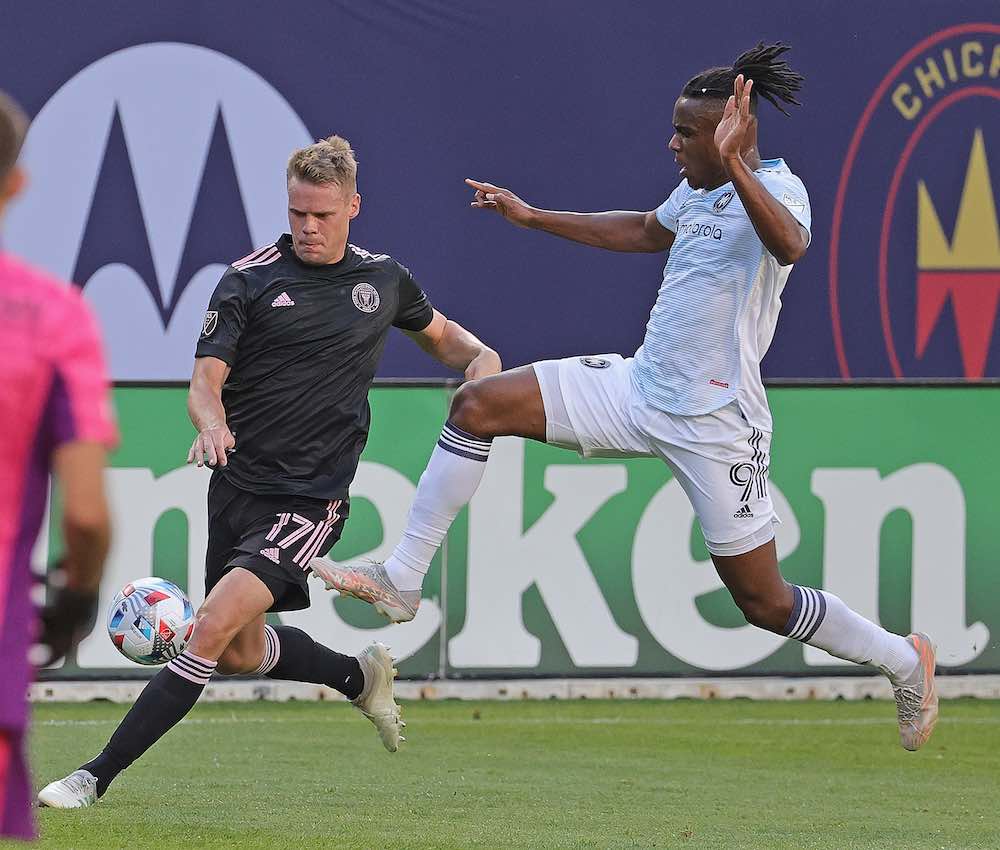 “I loved it. The whole experience was an eye-opener for me. We had a primarily Spanish-speaking changing room which was something new for me.

“The geography of America also means that away travel is huge and completely different to life in England.

“The fans are also very passionate and I’ve taken so much away from Inter Miami.”

Finally, Ryan, who would you say were your most talented teammates at Stoke City and who was your toughest direct opponent from your playing career?

“The most talented players that I played with at Stoke would be Robert Huth, Marko Arnautović and Steven Nzonzi. The core group at Stoke was first class but those lads were special and helped make me a better player.

“My toughest opponent would be Luis Suarez. He was a great player who never gave you a moment to rest as a defender.

“He was an intense player and was unmatched compared to any other player that I faced in my career.”