Why Jovanny Bolivar Deserves A Second Chance In MLS 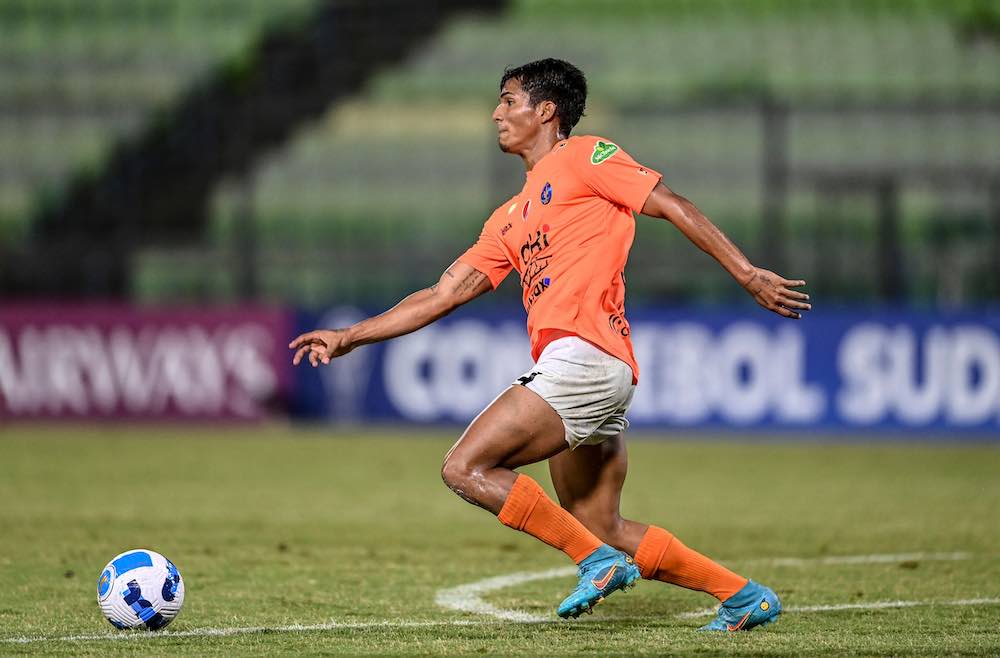 Hailing from Acarigua, the former capital of the state of Portuguesa, Jovanny Bolívar has managed to become a name of a note in Venezuelan football.

His path to that place, at just 20 years of age, has not been a conventional one. It’s a path that’s seen him leave Liga FutVe a champion, honing his craft abroad, before returning to rack up goals across Venezuela.

First appearing the year before in a handful of matches, Bolívar would take shape in the world of FutVe in 2020. The young striker scored in a 2-2 draw with Yaracuyanos in the original form of the season, which was then called off due to the pandemic and swapped for a two group, multi-stage season schedule.

Bolívar, however, didn’t let the fact his first goal for Deportivo La Guaira had been erased from the books stop him. He proceeded to score three goals from 594 minutes across twelve matches, helping La Guaira clinch a spot in the championship playoffs. The 19-year-old then featured for 21 minutes in the grand final against Deportivo Táchira, a final which La Guaira won 2-0, the club’s first ever league title.

Now firmly on the radar of Liga FutVe, Jovanny Bolívar found himself sent far away for the next season. DC United announced a one-year loan of the player from La Guaira, with the option of a permanent transfer on March 9th, 2021. The announcement noted Bolívar’s youth, his progress at the club level, and his periods of time with La Vinotinto’s — Venezuela’s national team — youth categories.

A slight twist in the tale developed a month later, when Loudoun United, DC United’s USL Championship affiliate, announced they had acquired Bolívar on loan from the Major League Soccer team. He joined fellow young forward Darluis Paz, who had been sent directly to Loudoun on loan from La Guaira.

Loudoun United had a poor season, finishing bottom of the Eastern Conference with a 4-3-25 [W-D-L] record. Their Venezuelan attacking contingent, however, provided a silver lining. Bolívar scored six goals and made one assist across 1,288 minutes that season, scoring decisive goals in all but one of Loudoun’s wins. All said and done, Bolívar was responsible for just under one-quarter of Loudoun’s 31 goals. Paz, it should be noted, also contributed a goal and two assists.

Bolívar’s positive showings in the USL Championship earned him attention from his original loaned club, DC United. He played for the club in a friendly match against Costa Rica’s Deportiva Alajuelense, referred to as the Capital Cup, scoring the winner in the competition’s second leg on July 7.

He then earned spots on the DC United bench on six occasions during July and August as DC boasted a 3-2-1 record in that time. It reflected lightly on Bolívar, though, who was not subbed into any of the matches and saw zero minutes.

During his time between the two teams, Bolívar played 21 matches including those DC United appearances in friendlies against Alajuelense, which amounted to 98 minutes across two matches.

That final match on the 19th, a 3-2 loss to the New England Revolution, was the striker’s last major interaction with the club. The Venezuelan returned to Loudoun, finish his season, and then depart the United States for a return to Deportivo La Guaira, his loan complete.

While this quiet end to a major opportunity could have spelt the end of the excitement around Jovanny Bolívar, the striker has done his part to show his story is far from over.

Bolívar immediately become a starter for Deportivo La Guaira, who were looking to continue a run of strong seasons in Liga FutVe with an infusion of young attacking talent that included Bolívar, Darluis Paz, and North Carolina Tar Heels alumni Santiago Herrera.

Bolívar actually scored the very first goal of the 2022 season in their 1-0 win over Metropolitanos, before going on one of the season’s best scoring streaks so far, scoring in four consecutive matches against Hermanos Colmenárez, Zulia, Estudiantes de Mérida, and Caracas.

The scorer of the first goal in the 2022 Liga FUTVE season: Jovanny Bolivar of Deportivo La Guaira! 🇻🇪👏⬇️

Now twenty games into the Liga FutVe season, the La Guaira striker has added three goals and two assists for a total of ten goals and five assists from all competitions.

As of July 14, prior to Bolívar’s latest game for La Guaira, Jovanny Bolívar was the third highest-rated Liga FutVe striker under the age of 23 on InStat.

Having played 2153 minutes in 27 competitive matches at this point in the year, Bolívar had an average expected goals of 0.5 with 39 chances and 29 shots on target from 74 total shots. The striker had a 42% rate of success in attacking challenges and succeeded in 51% of his attempted dribbles.

Bolívar was presented the pathway many Venezuelan youngsters have taken up in recent years — a prized chance to play in MLS and USL. It didn’t quite work out, at least not contractually. The 20-year-old has responded with a wonderful run of form back in Liga FutVe, enough to warrant revisiting by the same scouts that considered giving him a chance at the end of 2020.

Should MLS choose not to give him a second chance, they may see his goal-scoring talents head to Europe instead, the place to where many of Venezuela’s young top young players like Yerson Chacón, Telasco Segovia, and La Guaira teammate Jon Aramburu, are expected to depart.

Whatever the case, DC United may well find reason to reconsider their decision to not pursue the player, one of the youngest and deadliest strikers in Liga FutVe.