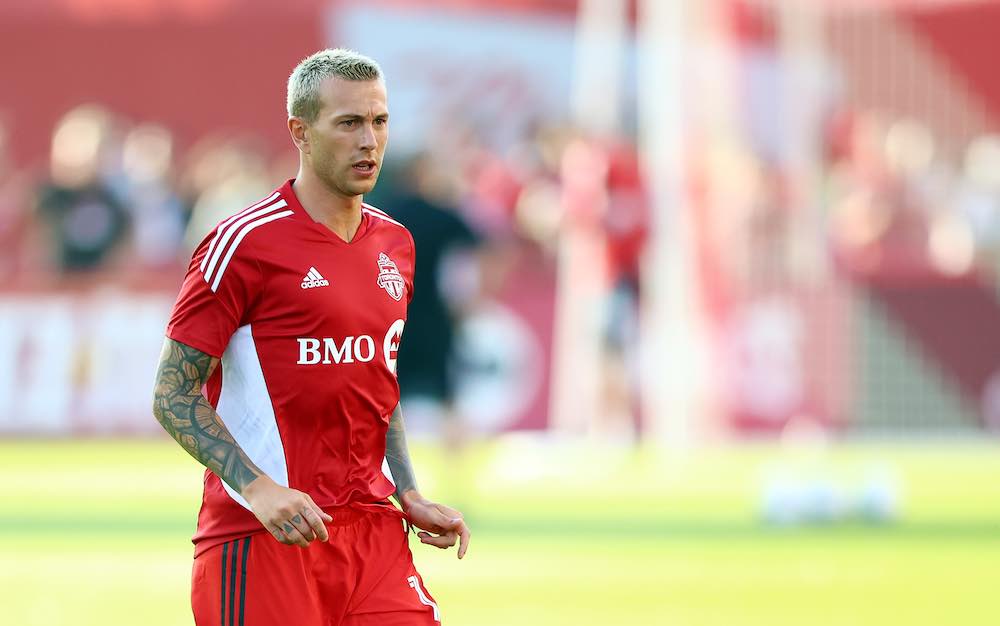 It took a powerful strike from Domenico Criscito in the 75th minute to earn Toronto FC a point as they tied New England Revolution 2-2 at BMO Field.

With the draw, the Reds have picked up 11 points and remain unbeaten in their last five Major League Soccer matches (three wins, two draws).

Toronto opened the scoring in the 31st minute when Federico Bernardeschi converted from the penalty spot. The Italian scored for the third consecutive match at BMO field and according to Opta Jack, he became the first player in club history to score in his first three MLS home matches for the Reds.

3 – Federico Bernardeschi is the first @TorontoFC player to score in his first 3 @MLS home games for the club. Adapted. pic.twitter.com/8sJMmRN5gW

Tommy McNamara and Justin Rennicks both scored for New England.

Toronto had the bulk of the scoring chances but struggled to capitalize. Late in the first half, Jonathon Osorio had a great opportunity to extend the lead to 2-0. The midfielder was left unmarked in the goal area but took his eyes off the ball and failed to receive the pass.

Missed opportunities by Toronto, along with excellent goalkeeping from New England goalkeeper Djordje Petrovic, proved to be the difference. He made key saves from Bernardeschi and Lorenzo Insigne.

The past few months have been difficult for Jesus Jimenez. The forward started the season in great form, scoring seven goals in his first nine league matches. He seemed destined to have a strong season with Toronto. However, that hasn’t been the case. Jimenez now has just one goal in his past 17 MLS matches.

In the first half, Akinola was fouled inside the box to earn his side the penalty converted by Bernardeschi. He showed strength and made an excellent run inside on Christian Makoun who hauled the forward down.

Akinola was a physical presence and used his pace to his advantage. He made multiple runs in behind the defence which led to quality scoring opportunities. Akinola failed to score himself, but created space which allowed his teammates to be effective throughout the game.

“I liked the play early in the second half where he got into the box and was aggressive and turned the corner on the guy,” TFC boss Bob Bradley said of Akinola’s performance.

“I like to see him doing more of that because I think he can be a real threat. I still think there are other times where balls come to him and he’s not aggressive enough.

“I’d like to see him be more aggressive with the timing of his runs. I think there were some good moments tonight.”

Jimenez made a brief appearance off the bench but was ineffective once again. Late in the second half, he missed a good chance from close range.

He displayed a lack of confidence and offered little in the Toronto attack. A second straight start could be on the horizon for Akinola based on his performance versus New England.

“Oh, let’s see, I don’t know,” Bradley replied when asked whether Akinola would start on Saturday against Inter Miami.

“I think Ayo, as I mentioned earlier, did some good things tonight. We’re still trying to find ways to encourage and revitalize Jesús.

“So yeah, the turnaround is fast, so we’ll see as we get closer physically how both are feeling.”