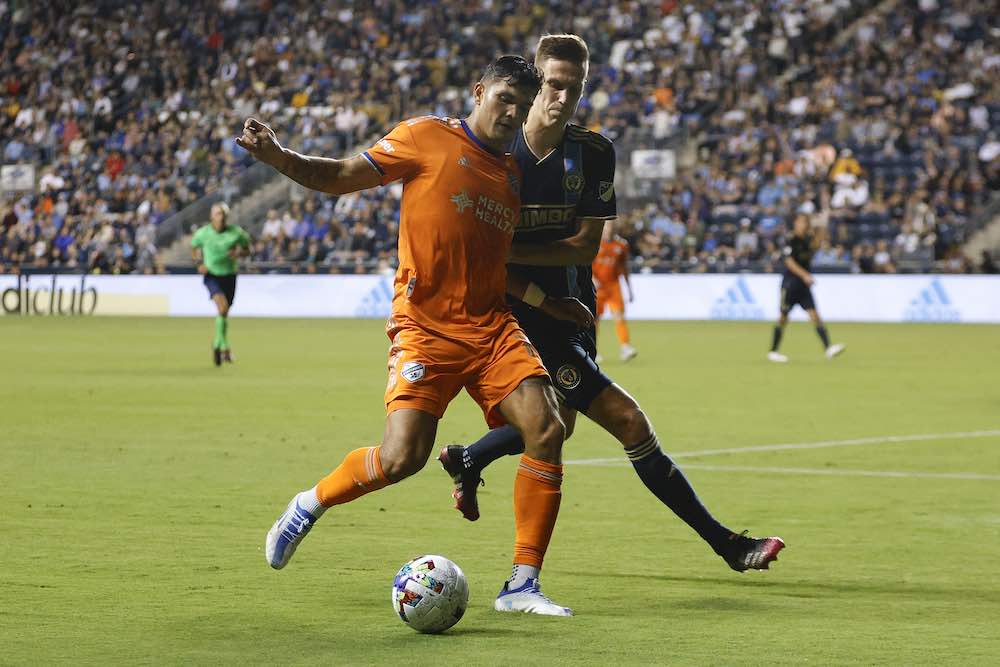 With Valentín ‘Taty’ Castellanos departing New York City FC and Major League Soccer for Girona FC in Spain, a space was opened up in the MLS All-Star Game.

The event taking place in Minnesota from August 8 has seen Brandon Vazquez brought in to replace Castellanos.

Vazquez joins teammate Luciano Acosta as representatives of FC Cincinnati at the event. Acosta received his first call-up, as well as the young club’s first-ever representative, and now they have two.

This is a big achievement for FC Cincinnati who have finished last in MLS in every season since their arrival in the league in 2019. This season the side are 7th in the Eastern Conference after 23 games, a big turnaround to be competing for a playoff place.

A lot of the credit is to go to Pat Noonan who, since arriving from Philadelphia Union, has changed the fortunes of the team and made them much more clinical in front of goal.

In the No. 10 spot, Acosta has helped provide consistent and dangerous delivery of forward passes to the front line which has tormented defences all season. There was no surprise when he was suspended for three games earlier this season that Cincinnati struggled to take control of games in the final third.

Not only has his supply been good, but he has contributed with goals as well. Having played in 19 games this season, Acosta has six goals and six assists to his name. He is also key in the link-up play which has helped Cincinnati counter-attack so quickly under Noonan.

With Vazquez being added to the All-Star lineup, he has shown he has become one of the top centre forwards in MLS, with 13 goals and 4 assists in 22 appearances this season.

There has been plenty of discussion over who Gregg Berhalter should be using as the centre forward for the United States. Jesus Ferreira looks to be leading the way at the moment, having been a regular in the past few fixtures while also performing excellently for FC Dallas in a similar system to the USMNT.

Behind Ferreira, though, other options struggle to stand out and there is plenty of opportunity for someone to make the role theirs. Haji Wright was brought into the squad recently but struggled in his starting opportunities to show that he should be ahead of anyone else.

Ricardo Pepi has really struggled for goals since his move to Augsburg in Germany and the young forward has dropped well down the pecking order, even though he has plenty of time in his career though to work back into the fold.

Vazquez is showing the signs of a confident and dangerous striker, with great strength and physique, while also being technically sound. His ability to stretch the defence and cause problems with his movement is excellent, while also having quick feet in the box to make shooting opportunities for himself or others.

The issue Vazquez faces in making a late charge for selection in Qatar 2022 is that he plays in a two-man forward line, whereas the USMNT have a lone striker.

His performances can’t be ignored, though. He is unselfish and hard working which is something Berhalter gives a lot of weight to in his forwards. He would also provide an alternative to Ferreira which would give the USMNT more dimensions to their attack.

Immediate thoughts for Vazquez will be with Cincinnati and doing all they can to remain in the playoff places when the season comes to a close.

Berhalter will surely be keeping a close eye on the player who trails just Sebastián Driussi in the golden boot race at this stage of the 2022 MLS season.