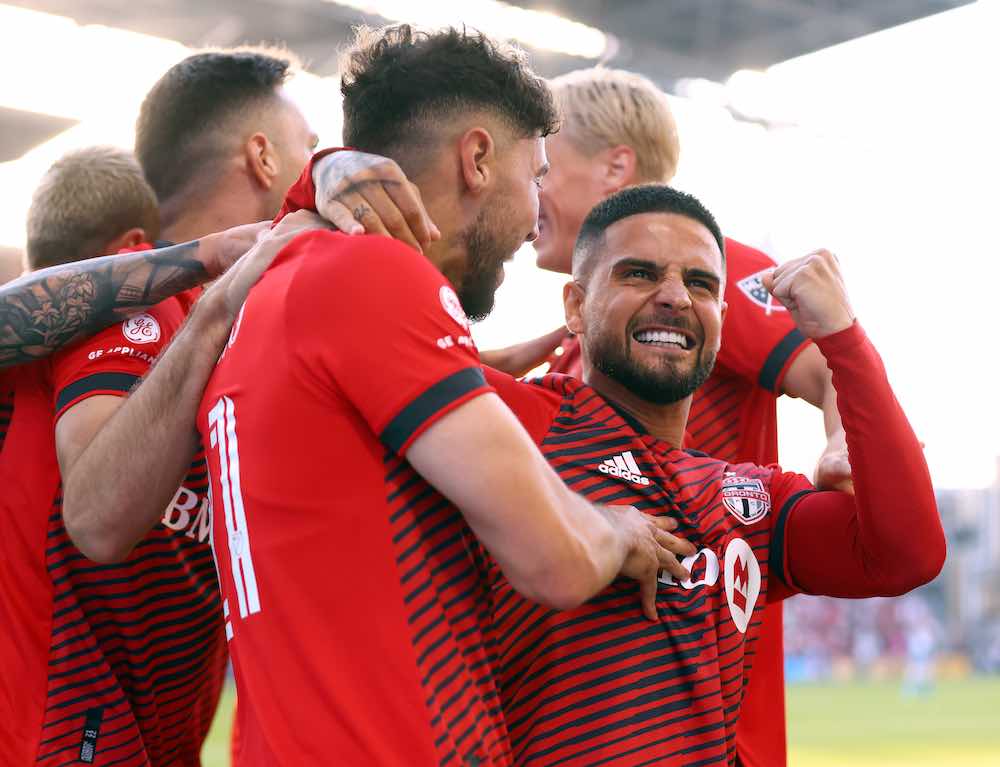 A brace from Jonathan Osorio and goals from new Italian signings Federico Bernardeschi and Lorenzo Insigne helped Toronto FC to a 4-3 victory over Nashville SC at Geodis Park.

The club is unbeaten in their past three Major League Soccer matches and are four points back of Chicago Fire who hold the final playoff spot in the Eastern Conference.

Insigne scored a terrific goal in the 77th minute from outside Nashville’s box — his first with Toronto and also the game-winner.

“We see him getting fitter every week, doing more and more and now to be able to get his first goal, which came at a good time.”

The last time TFC managed to win away from BMO Field dates back to July 24, 2021, when they won 2-1 versus Chicago at Soldier Field.

Although Bernardeschi and Insigne provided crucial goals late in the second half, Osorio has risen to the occasion in recent weeks.

The Canadian has been one of Toronto’s top performers as he has six goals and one assist over the last ten MLS matches.

He was the standout player versus Nashville as he controlled the midfield, won numerous challenges and was effective in the final third.

Osorio finished with the highest pass success rate for Toronto with 98%, plus one key pass and two interceptions to go with his two goals. The midfielder was dominant at both ends of the pitch as he gave his side a chance to win this match.

On Friday, Richie Laryea returned to his hometown club on loan from Nottingham Forest, returning to the side on Saturday night. His presence was immediately felt as he provided a different element in the defence, advancing the ball into the final third and delivering quality crosses.

Toronto’s second goal came from an accurate cross from Laryea to Osorio, who was left unmarked inside Nashville’s box. The fullback exited in the 64th minute after a great performance. He finished with one assist, two successful dribbles, fouled four times and a pass success of 89%.

Despite the headline signings, the addition of Laryea could be their most important acquisition in this transfer market. The defence has conceded the fifth most goals (42) this MLS season, so he will be a welcome addition at fullback.

“He brings different qualities on the right side — his ability to get forward,” Bradley said of Laryea’s return.

“He’s a good dribbler, and the fact that he’s played with these guys and so the things that we have tried to work on all year, all makes sense for him.

“It’s not difficult for him to come right in and show that he’s got qualities that really make a difference and help us.

“His mentality to get here quickly and get on the field was really important.”