Can Luis Amarilla Fire Minnesota United To Top 4 Finish In The West? 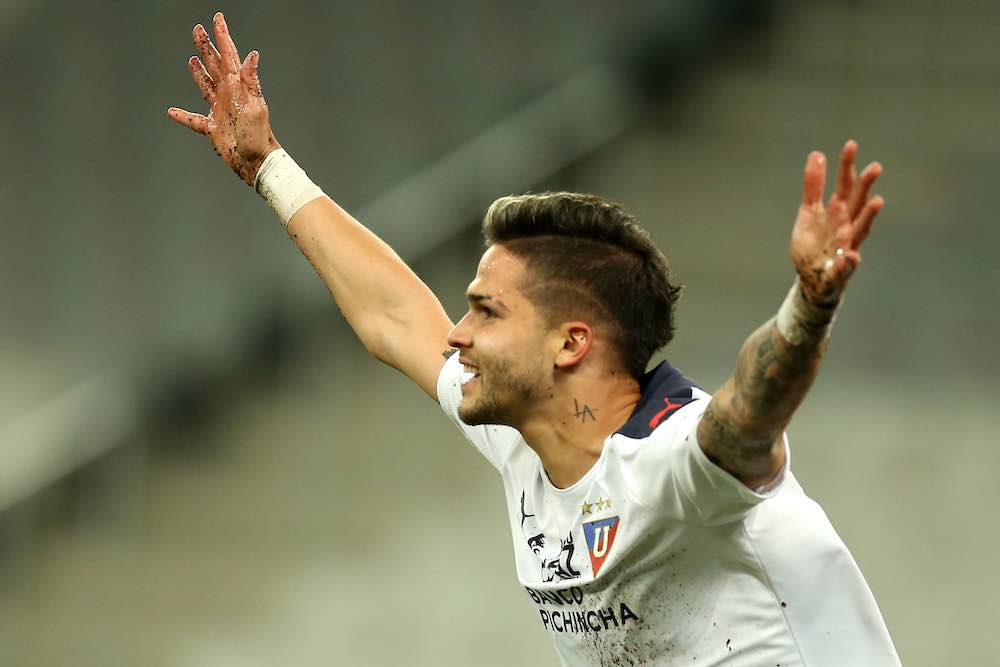 Minnesota United head coach Adrian Heath is preparing to take control of the MLS All-Star side in Minnesota against the Liga MX All-Stars and will have two of his players at club level, Emanuel Reynoso and goalkeeper Dayne St. Clair, available to him.

The attacking midfielder, Reynoso, has been a star for Minnesota United and recently has been hitting his peak form.

After a slow start, Reynoso has nine goals and three assists (Transfermarkt) while Minnesota sits fourth in the Western Conference, 10 points off Austin in second and only five points clear of 11th place side Vancouver Whitecaps.

Both conferences are incredibly tight for a number of sides trying to break into the playoff places come the end of the season.

All sides still in the mix have been evaluating their squads and many making additions during the secondary transfer window which closed last week.

Minnesota United have shown that their attacking link-up play and in their past six games they have managed to score 15 goals.

A player on the roster who is looking to stand out and push his side onto a playoff run is Luis Amarilla.

The Paraguayan centre-forward has eight goals to date this season and is the spearhead of the Minnesota United attack.

Heath has built a roster with an athletic attack. They currently rank joint eight with FC Cincinnati for goals per 90 with 1.54. With an xG this season of 32.4 they have also exceeded this with 37 and the quality of their forward line has helped push them up the table in the West.

Amarilla himself has shown his clinical edge by exceeding his xG of 5.3 (FBref) by scoring eight. The striker has even outperformed his xA of 2.9 by assisting four goals.

In comparison with a similar Designated Player, Karol Świderski, Amarilla has played just over 90 minutes less and has outscored the Polish International by one goal and assisted two more.

Amarilla’s goals also come from fewer shots than the Pole, with eight goals from 50 shots he is showing a more clinical edge than the Świderski who has seven goals from 55 shots.

As a DP in this side, there is a lot of expectation on his shoulders. The success others have made with strong link-up between centre forward and their No. 10 is highlighted by how well Columbus Crew has improved with the partnership of Cucho Hernandez and Lucas Zelarayán.

In Minnesota’s last outing, a 4-3 defeat in Colorado, Amarilla showed his value in link-up play as well as creating goal-scoring opportunities for himself. Dropping deep to be involved in the build up play, utilising fellow Paraguayan and new signing Alan Benítez, who is providing width from right back in the attack.

Amarilla attacks the front post with three other Minnesota players already up, two centrally and one on the far left. Amarilla receives with his back to goal, a quick one-touch flick makes space for him to turn and shoot from a tight angle with his second touch.

The quick turn and right-foot finish into the far top corner was a clinical, top-quality goal which was seen in his potential when he first arrived on loan in 2020.

With the signing of Jonathon González on loan from Monterrey for the remainder of the season, Minnesota have added reinforcements to their injury-hit midfield. With players of González’s quality the chance to be more stable and consistent should help a squad which has seen a lot of changes and positional switches to cover injuries.

Knowing that Reynoso is coming into the form that makes him one of the best No. 10s in the league, as well as a consistent midfield behind him, allows the attacking play to become more fluid and dangerous.

Amarilla is showing signs of a player who could help fire his side into a top four position and home-field advantage in the first round of the playoffs. With eight goals already, Heath will hope to see Amarilla hit 15 by the end of the regular season, possibly adding to his four assists already and reaching eight or nine.

If Minnesota can get Amarilla scoring regularly they will feel confident of creating separation for the chasing pack in the West and secure that top-four spot.