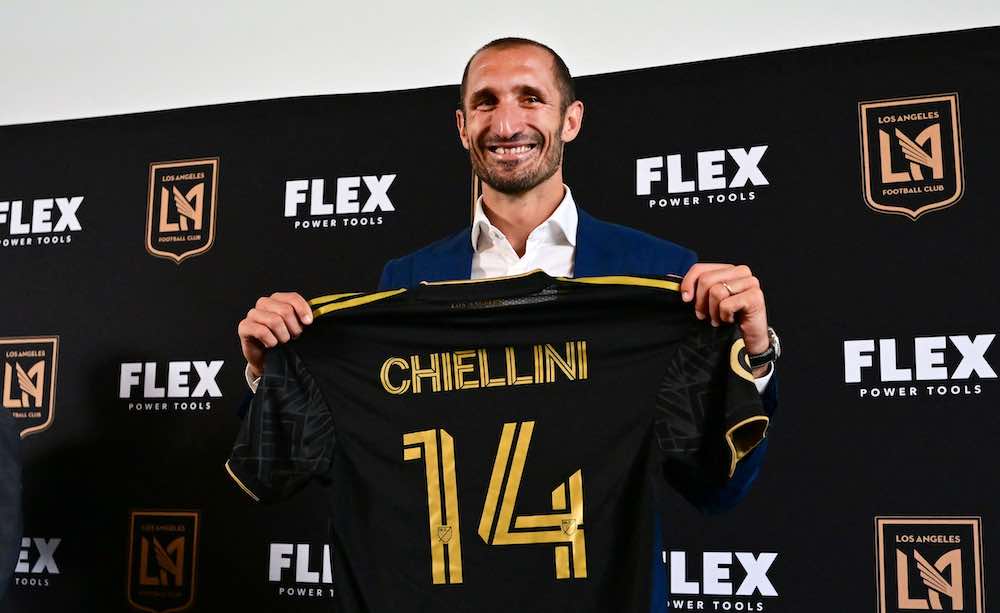 A weekend in Major League Soccer that was full of goals saw many of the leading sides in each conference drop points. Could this have been the weekend that fully highlighted Los Angeles FC’s dominance, and one that cemented themselves as favourites for the Supporters Shield and MLS Cup?

LAFC went to Real Salt Lake and played out a dominant 4-1 win away from home in front of a record-high crowd at the Rio Tinto Stadium.

The chance to see the likes of Gareth Bale, Georgio Chiellini and Carlos Vela is enough to draw the crowds no matter who they play.

Christian Arango got two goals, including a fabulous flicked opener, taking his tally to 11 for the season so far, but it was Bale who once again stole the show with an incredible solo effort in the 87th minute to end the scoring.

LAFC now have 51 points from 23 games. Their nearest rivals are Austin FC and Philadelphia who have 45 from 24 games while NYCFC have 42 from 23 games.

With a game in hand, LAFC could take a nine-point lead over the tied second-best sides in MLS so far this season.

The Union had been on an incredible run of form prior to this defeat to FC Cincinnati. They had scored 18 goals in July across six games, drawing 0-0 with Columbus Crew on July 3, before a five-game winning run.

They have looked to add depth to their side in this transfer window with young centre-back Abasa Aremeyaw coming in, as well as energetic midfielder Richard Odada from Red Star Belgrade. The two players were brought in primarily to add depth to the squad.

What the Union have is an incredible academy, and the likes of Jack McGlynn, Paxton Aaronson and Quinn Sullivan have made big strides this season in MLS. Having strikers who are a real goal threat in Julián Carranza and Mikael Uhre has helped lift them to a more dangerous side than when they relied on the likes of Sergio Santos and Kacper Przybylko.

“You’re seeing them get a better understanding of each other’s movements” Curtin on his front three of Gazdag, Uhre, and Carranza. Says he wants all of them to reach double digits in goals (Gazdag already has).

This could be a bump on the road, as Philadelphia have looked consistent this season to date while Cincinnati have shown potential to cause any team issues with their front three of Brandon Vazquez, Brenner and Luciano Acosta.

Austin FC have been spearheaded by MVP candidate Sebastián Driussi. The Argentine has 17 goals and four assists so far this season, and with Maxi Urruti and a good mix of wide forwards, like recent arrival Emilio Rigoni, made them a difficult side to contain.

Brad Stuver has been one of the highest performing goalkeepers in the league while the defence has been a much more organised unit than last season. Despite this, Austin have still conceded 31 goals in 24 games.

There are times they lack consistency and can let opposing attacks overrun them for periods in games. They have made great strides from last season, though, and will be a tough side for anyone to face in the playoffs, but their build is still in process and they may have too much to make up on LAFC as the regular season goes on.

NYCFC have lost their key striker and talisman Valentin Castellanos who has moved to La Liga side Girona FC. Without the Argentine, the forward line is much different, especially in the work off the ball. Be it pressing from the front to hold up play, Castellanos was one of the best in the league before his departure.

Interestingly, NYCFC have decided not to make any additions in the secondary transfer window, instead relying on the roster they already had which will likely see more time offered to Héber.

There have been times where, despite all their talent going forward, things have not been as smooth under Nick Cushing. Both goals in their defeat to Columbus Crew this weekend were from big deflections and the majority of games have been quite tight, with only one goal separating each team.

Defensively they are confident, Sean Johnson has 10 clean sheets this season, but they need to find new ways to cause problems in the final third and rekindle the attacking threats that made them so difficult to contain as well as made them MLS Cup winners last season.

In LAFC, praise has to go to the back office for brilliantly addressing all areas of the pitch to ensure there is depth and competition.

Bringing in stars like Bale and Chiellini helps, especially if you do not have to give up a Designated Player spot, but the attention to all areas of the pitch is impressive.

Arango is flying at the moment, knowing there is a huge array of talent ready to step in if he fails to deliver. In midfield, Sebastian Mendez has come in to provide depth which was the only real area that didn’t have a list of first-team-ready players on the roster before.

Their bench in Salt Lake included Bale, Mamadou Fall, Latif Blessing, Brian Rodriguez and Ryan Hollingshead; not to mention new Designated Player Denis Bouanga, who is to be added to this squad after his signing from St-Etienne in France on deadline day.

Every side in MLS will be concerned about the quality LAFC possesses across the pitch. They have created an incredible, win-now roster which at present shows no signs of slowing down.

It is hard to see an argument against them right now and the rest of the regular season should fill them with confidence and their rivals with dread going into the postseason campaign.