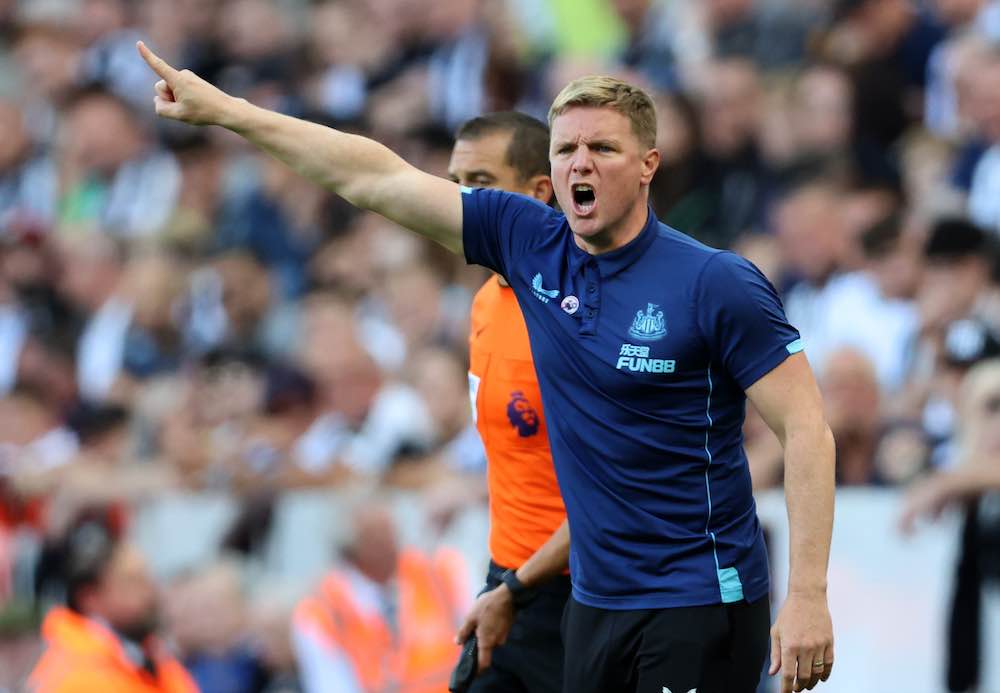 Newcastle United recently completed a club-record transfer for Real Sociedad forward Alexander Isak. The initial fee is believed to be €65m with €5m in add-ons built into the deal. It’s a huge statement of intent from Newcastle as they prepare to push for a top-six place in the Premier League this season – and they already looked like a strong candidate.

Much has been made about the controversial off-field circumstances relating to Newcastle. They were taken over last season by an investment fund linked to the Saudi Arabian government, a regime notorious for human rights violations. But on the field, at least, the club have been undoubtedly moving in the right direction. They finished eleventh in the Premier League last season despite being taken over when they were bottom of the table and currently sit sixth three games into the 2022/23 campaign. They’re yet to lose a game.

Newcastle opened the season with a comfortable 2-0 defeat of newly-promoted Nottingham Forest before recording a respectable scoreless draw with Brighton and Hove Albion – who’ll be fighting with Newcastle to disrupt the established order and secure a European place this season. Then, last Sunday, they welcomed Pep Guardiola’s all-conquering Manchester City to town and secured a 3-3 draw at St. James’ Park.

It was a thrilling encounter that saw Newcastle give as good as they got. İlkay Gündoğan fired City into a fifth-minute lead before the hosts got back on level terms in the 28th through Miguel Almirón. Callum Wilson then gave Newcastle the advantage eleven minutes later before Kieran Trippier made it 3-1 with a trademark free-kick six minutes shy of the hour. City refused to be cowed, however, and pulled one back through Erling Haaland in the 61st minute before Bernardo Silva made it 3-3 three minutes after that to rescue a point.

The manner in which Newcastle took the game to City was impressive. Eddie Howe opted to set his team up in a 4-3-3 and, rather than sit back and wait for the inevitable like West Ham United had done in the opening weekend of the season and lose 2-0, they pressed City and looked to exploit weaknesses through their pace on either flank. This worked a treat, and it was helped by the sterling performance of two of their midfielders, both of whom represent a different face of Newcastle – Joelinton and Bruno Guimarães, two Brazilians who could very well sneak into Tite’s squad for the World Cup. If you think they could make it on the plane to Qatar, World Cup betting is the place to stake your claim.

Both Brazilians played with aggression, technical competence and confidence in the face of one of the most intimidating and skilled midfields in European football, working in tandem with former Arsenal man Joe Willock in the midfield three to ensure Newcastle remained competitive. Both Brazilians have also enjoyed very different career trajectories.

Joelinton joined Newcastle in the summer of 2019 from 1899 Hoffenheim for a fee of £40m. The now-26-year-old arrived in the northeast as a forward and became a figure of fun across the Premier League for his profligacy in front of goal. He joined a depressed club living amidst the incessant dissatisfaction caused by Mike Ashley’s unhappy regime.

But in recent times Joelinton has been redeployed as a box-to-box number eight and shown himself to have the ideal toolkit for such a role. He’s been a revelation in his position, one of the finest in the Premier League, and has gone from strength to strength since his compatriot Guimarães arrived from Lyon in January of 2022.

Born in Rio de Janeiro, Guimarães is only 24 but is considered by many to be one of the finest midfielders in the European game. Some well-placed observers have asserted that the playmaker will merely use Newcastle as a stepping stone should their development not match his own – he’s already proved himself one of the very best in his position in England. And he joined a very different Newcastle to his compatriot – one on a steep upward curve with an eye on chasing down the established elite and proving they can break through that glass ceiling – more City-inspired than the example of what not to do that is Everton.

And this patience is exemplified by the two Brazilian midfielders dovetailing in their engine room. One was a laughing stock and very much closely associated with the old regime – the other a big-money statement signing that set tongues wagging across Europe. But the fact is that Eddie Howe has gotten the both of them singing from the same hymn sheet and working in tandem to deliver Newcastle the progress they covet. Adding a striker as promising as Isak to the pot could be the thing that supercharges that progress.