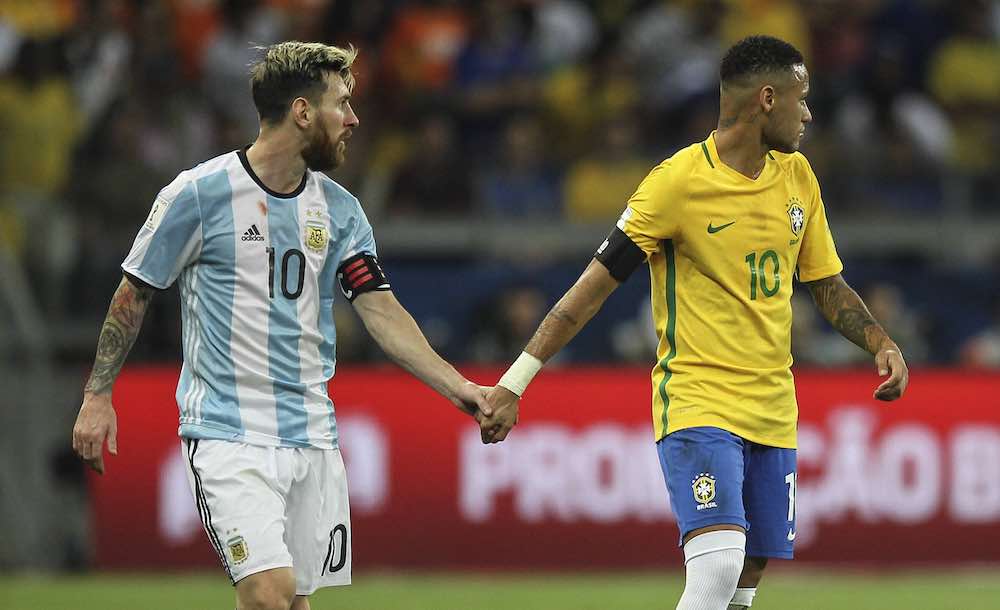 Both Argentina and Brazil fired warning shots on Friday evening.

The former beat Honduras 3-0 at Hard Rock Stadium in Miami. Lautaro Martínez opened the scoring in the 16th minute before two goals from Lionel Messi – in the 47th and the 70th – put the victory beyond any doubt. Argentina dominated the tie from the first whistle.

The latter beat Ghana by the same scoreline at Stade Océane in Paris. Marquinhos opened the scoring in the ninth minute before a brace from Richarlison – in the 28th and the 40th – secured a convincing win. Like Argentina, Brazil were deserved victors.

Both teams played with a certain swagger. They operated with a confidence underpinned by the presence of genuine, world-class quality in each attack and couple that with real togetherness. Look at Gabriel Jesus celebrating in solidarity with Vinícius Júnior when he scored for Arsenal against Brentford last week or Rodrigo de Paul racing across the pitch to confront the Hondurian who had just left one on Messi.

Argentina’s defence is marshalled by Lisandro Martínez while their midfield is anchored by Leandro Paredes. Messi, unsurprisingly, is the lynchpin that leads their attack and produces moments of jaw-dropping quality to win seemingly unwinnable games.

Brazil’s defence is run by Marquinhos and Thiago Silva while their midfield is built in order to service a deadly frontline that has Neymar Júnior at the heart of it. He’s playing as an inimitable number ten, flanked by Raphinha and Vinícius. Richarlison, the hard-running number nine who operates as the spearhead of the attack, is also invaluable.

Few nations heading to the World Cup have that unique confluence – the ability to marry top-class individual talent with a collective ethos that supercharges it. The balance of experienced defenders, hard-working runners and rainmakers capable of producing lightning out of nothing. It’s tough to look beyond Argentina and Brazil as favourites but if you have an alternative dog in the fight some of the best online casino websites are also taking bets on the upcoming tournament.

And there’s a historical reason for that, too. Argentina have won the World Cup twice in their history while Brazil have won it more than anyone else, five times. Argentina’s last triumph came back in 1986, when an inspired Diego Maradona led his country to glory. Brazil last won it exactly 20 years ago, in 2002, when they were led by Ronaldo Nazário.

It’s not hard to find men capable of imitating those legends. Messi is now 35 years of age while Neymar, his old friend and teammate at Paris Saint-Germain, is 30. This is most probably the final time either of these men will be able to play starring roles at a World Cup and so it’s as good a time as any for them to write their names in their nation’s history.

Messi already has. He led Argentina to glory in the Copa América in the summer of 2021, a tournament that culminated in Argentina beating Neymar’s Brazil in Rio de Janeiro. Neymar was injured when Brazil won the competition two years previously. Whether either man can lead their country to glory in Qatar later this year will be sensational viewing.