RB Salzburg’s 3 Most Talented Alumni: Where Are They Now? 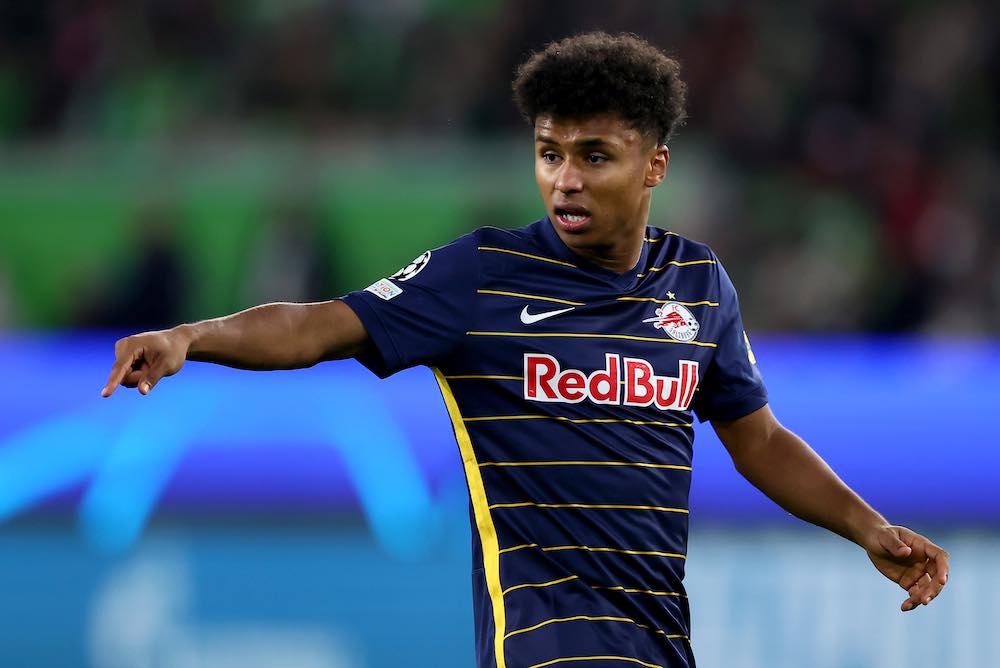 The Red Bull group have a reputation for signing players and turning them into some of the hottest prospects in world football.

Naby Keïta arrived at RB Salzburg in 2014 from French side FC Istres, and a few years after joining the Red Bulls earnt a £54m move to Liverpool.

As is the case with some other RB Salzburg signings, they end up moving to their sister team, RB Leipzig, after succeeding in Austria.

Dominik Szoboszlai, Amadou Haidara and Péter Gulácsi are three who have made that move in RB Leipzig’s current squad, but which three players have succeeded the most after leaving RB Salzburg?

Erling Haaland is every defender’s nightmare. Even if the Norwegian international is having a bad game, he is constantly a threat with his incredible amount of pace and his ruthless finishing.

The 22-year-old officially arrived at Salzburg’s Red Bull Arena in 2019 following a spell under Ole Gunnar Solskjær at Molde of Norway.

Haaland put his name out to the world in his UEFA Champions League debut, in which he scored a hat-trick against Belgian side Genk, before netting against Liverpool and Napoli in the group stage.

This began to attract interest from Europe’s biggest clubs with the likes of Bayern Munich, Manchester United and Juventus all wanting Haaland’s signature.

Borussia Dortmund eventually won the race for one of the best, young strikers in Europe and he carried on his terrific form in western Germany.

On his debut, he scored a hat-trick against Augsburg. Even more remarkable is he came off the bench in that game, scoring all three within 23 minutes.

Last season, he suffered two injuries including a hip flexor injury which kept him out for two months but he still managed to score 22 goals. In his time in yellow and black, Haaland scored 62 goals in 67 games which included winning the Bundesliga Player of the Season in his first full season.

Manchester City activated Haaland’s release clause in May for just over £50m — joining the club that his father, Alfie, played for at the beginning of the millennium.

Some were unsure if Haaland would be able to adapt to the Premier League quickly but he has put those doubters to bed as. At the time of writing, he has netted 11 goals in seven Premier League matches.

The Leeds-born striker has added another dimension to Pep Guardiola’s team and he has given them that prolific finishing touch the Sky Blues have been missing up front since the departure of Sergio Agüero.

Sadio Mané has shown how important he was to Liverpool’s attack and without him, the Reds are missing the Senegalese international.

Mané departed Metz in 2012 for RB Salzburg for a fee in the region of £3.5m after catching the eye of sporting director Ralf Rangnick.

Some players that leave RB Salzburg end up joining European powerhouses but Mané joined Southampton ahead of the 2014/15 campaign after he impressed in Austria.

Following his move to the Saints, Mané impressed on the biggest stage and he scored his first goal for Southampton against Stoke City in October 2014.

He broke the record for the fastest Premier League hat-trick which he scored in two minutes and 56 seconds as Southampton thrashed Aston Villa 6-1.

The Saints finished in seventh place in Mané’s first season at the club and in his second and final season at Southampton, he scored 15 goals which made him their top goal-scorer for the 2015/16 season.

His impressive form attracted the interest of many clubs, but Liverpool signed the 30-year-old for £34m — the highest fee paid for an African player at the time.

Mané adapted to life at Anfield extremely well and he was named in the PFA Team of the Year and won the Liverpool Player of the Season in his first season. Two seasons after joining the Reds, Mané put pen to paper on a new long-term deal on the red side of Merseyside.

During his time with Jürgen Klopp’s side, he lifted the Club World Cup, the Champions League, the Premier League and the FA Cup and League Cup, as well as the Africa Cup of Nations with Senegal.

With his contract set to expire in 2023, Liverpool allowed Mané to leave the club and join Bayern Munich where he is contracted until 2025.

Karim Adeyemi is the one out of the three players on this list who is yet to reach his full potential, but if he does so, could be just as good as the other two.

The German international joined RB Salzburg in 2018 after spells at academies such as Bayern Munich and SpVgg Unterhaching.

The 20-year-old spent two years on loan at RB Salzburg’s feeder club, FC Liefering, and he made over 30 appearances in Austria’s second tier — a valuable experience as a young player.

Adeyemi made just under 70 appearances with RB Salzburg and like many young, promising players at the Austrian club, European sides began to take note.

Borussia Dortmund secured his signature in the summer on a contract until 2027 and he could follow in the footsteps of other young players who have succeeded in yellow and black, most notably Erling Haaland and Jadon Sancho. Adeyemi could be one for the future, but he could be on the world’s biggest stage very soon.

My name is Jack Patmore and I am trying to make it in the world of football media. I am 'The Non-League Paper' reporter for Billericay Town, I am part of the Billericay Town media team and I have featured on 'Billericay Town Live Radio.' I also write for the online company 'Back Page Football.'