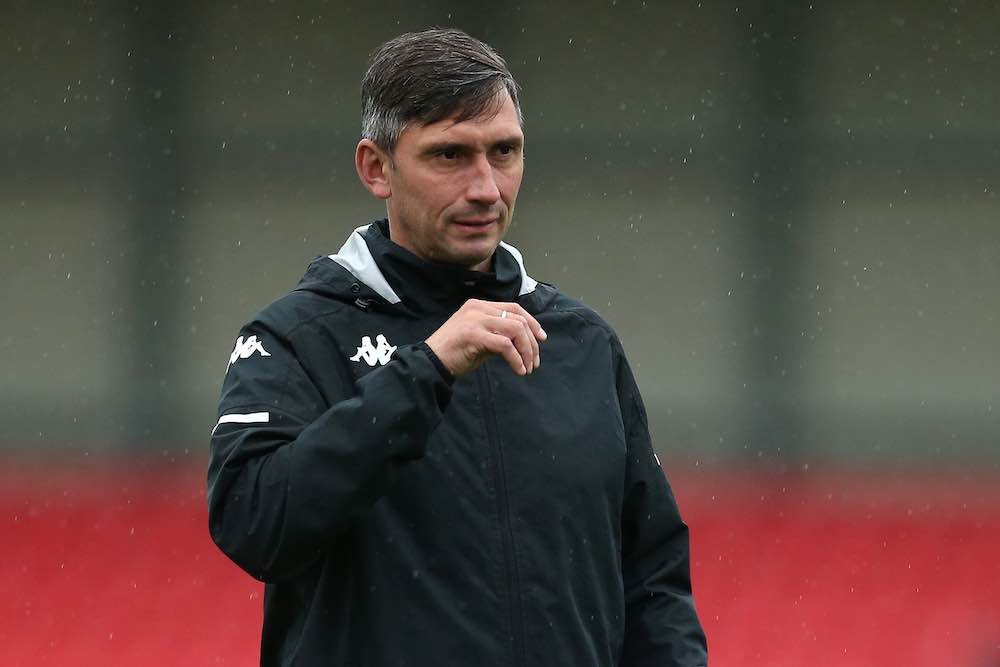 An interview with Chris Casper, by Callum McFadden for WFi.

You were a part of the Class of 92 at Manchester United as a youngster. What are your memories of growing up with the Neville brothers, David Beckham and co?

“Leaving school at the age of sixteen to sign for the biggest club in the world was daunting but you soon found out what it was all about.

“It was an exciting time and the start of something special at Manchester United under Sir Alex Ferguson who was on the cusp of winning the club’s first title in 26 years.

“You could sense throughout the club that things were changing for the better. The manager signed quality first-team-ready players such as Peter Schmeichel, Paul Parker and Roy Keane.

“However, despite that, he was always looking to the youth system at the club to give players an opportunity to progress and become first-team Manchester United players.

“That meant that everyone at youth level was fighting as hard as they could to impress and earn their next contract in the hope that you could catch the manager’s eye.

“Even with the competitive nature of training, we helped each other as young players under the tutelage of Eric Harrison as our youth team manager.

“His sessions were high-intensity sessions and if you performed well for a sustained period of time then you would be integrated into the first team training sessions.”

You mention the work of Eric Harrison. He has been heralded by many former United youth players as having a huge impact on them. How was Eric with you personally?

“Eric was brilliant with me especially as I was a centre-back just like he was during his own playing career.

“He was tough but fair. He set high standards for everyone and expected you to conduct yourself with strong values as a person as well as a player.

“You knew where you stood with him and you respected him for it.

“The biggest thing that he did for me and many other players was to give you confidence. He was not afraid to tell you that you would play in the first team if you carried on doing what you were doing.

“We would have six weekly review meetings with him in his office at the training ground and you would leave those meetings full of confidence and eager to impress in the next game.

What are your memories of winning the Youth Cup in 1992?

“I was on the bench for the first two games of the campaign against Sunderland and Walsall.

“Then, my debut in that youth cup campaign came against Man City away at Maine Road in front of 10,000 fans.

“It was pretty daunting as City had a decent team but, thankfully, we managed to beat them 3-1 and go on a strong run.

“We beat Tranmere at home in the next game then the big game was the semi-final against Tottenham who were an older team than us and arguably a better team than us at that time.

“Incredibly, were 3-0 up inside 20 minutes against them in the first leg at home before Nick Barmby — who was one of the best young players in the country at the time alongside Ryan Giggs who played for us — was sent off.

“That was a big turning point in the tie and we followed the home win by beating them at White Hart Lane 2-1 to reach the final.

“The final itself against Crystal Palace was a tough set of games with the first being at Selhurst Park. The weather was atrocious on the night which was in mid-April but we went home as first-leg winners thanks to a David Beckham goal in a 3-1 win.

“The following leg was around a month later on a roasting evening at Old Trafford in May which was a stark contrast in front of 20,000 fans. We won 3-2 that night to win 6-3 on aggregate overall and seal youth cup victory.

“It was a great competition for us and something that I remember fondly.”

You played for the Manchester United first team on a few occasions. Can you talk me through what it was like to train and play under Sir Alex Ferguson?

“It was tough because the first team trained as they played. It was never easy. The manager expected you to be at your best in every session which suited me because I was the type of player who needed to train as I played anyway.

“Sir Alex and Brian Kidd were tough but fair like Eric Harrison was. Everyone was given a fair crack of the whip. You were made to feel welcome and you were looked after by both the staff and your fellow teammates.

“The first team at that time was a great group of people to be around. For me, to train and play alongside the likes of Mark Hughes and Bryan Robson was surreal as I grew up idolising them.

“You have to learn from players like that when you can and I tried to do that whenever I was around them and the other first-team players.

“Sir Alex Ferguson made every young player feel wanted and feel special. There was a time that I did not settle well into digs so he allowed me to return home and travel in on the bus each day provided I was not late.

“Those are small things but it makes you want to succeed for him. I never once let him down in that regard and he would explain to myself and others that being happy in your life outwith football was important for your overall well-being.”

You had loans at Swindon and Bournemouth as a young player. What was it like for you to leave Manchester and play elsewhere at that age?

“It was different. Bournemouth is a long way from the northwest of England which I was used to all of my life until that point.

“It was the first time that I lived away from home which was an important learning experience for me. I played alongside some good players while I was there such as Matt Holland, Stevie Robinson, Steve Jones and Russell Beardsmore.

“Mel Machin was the manager at Bournemouth and he was great with me. I was only 20 at the time but I learned a lot from working under him and playing men’s football.

“Playing in what is now League One was a learning experience for me and something that set me on my way to making a career at first-team level.”

You moved to Reading permanently in 1998 and worked under Celtic icon Tommy Burns. What are your memories of him and Reading as a whole?

“I signed for Reading because of Tommy. He was the nicest man that you could wish to meet and incredibly passionate about football.

“He was a Celtic and Scotland legend and I just loved his enthusiasm for football and coaching.

“It was a no-brainer to sign for him. Reading itself as a club was on the up when I signed as they had just moved into the Madjeski Stadium which was a big selling point for me.

“We did not start well but turned things around and the club then progressed to the Premier League a few years later.

“You could see where the club was going so it was not a big shock to see the club reach the top flight.

“It was just a shame that things did not come that way for me due to my injury and having to retire from football at the age of 24.”

You are now the sporting director of Salford City who have progressed from non-League to the Football League during your time at the club. What does your role involve on a daily basis and how proud are you of the progress that the club has made?

“The days are never the same. I could not talk you through a typical day because things are always different.

“I am overseeing all of the footballing aspects of the club across our four teams: our first team, our women’s team, our B-team and the academy.

“My role is to make sure that whatever needs to be done to help those sides is done because football is a game full of many moving parts so it is important to be proactive and up to speed with things as quickly as possible.

“Every department within each team needs to be supported to have the ability to do their job as effectively and as efficiently as possible.

“That is my role in a nutshell.

“In regards to the progression of the club, moving from part-time to full-time was a big transition. We are now in League Two competing against established clubs who have played at this level for many years whereas we have been full-time for five years and in the Football League for three years.

“We are developing and learning as a club and are competing well within the division and in a position to kick on again and have a successful season.”

Last but not least, who were the best players you played alongside at first-team level and who would you pick out as your toughest opponents?

“At first-team level, I would have to pick out Peter Schmeichel because he was the best goalkeeper in the world at the time when I was at Manchester United.

“Gary Pallister and Dennis Irwin were incredible defenders to play alongside as were Roy Keane and Paul Scholes in midfield.

“Eric Cantona, Mark Hughes and Ryan Giggs in the attacking positions weren’t bad either (laughs) so it is not easy to pick out one or two players in particular.

“If I was pushed to pick one then it would have to be Cantona because of the impact that he has across the whole club when he arrived.

“He was the catalyst to the success that we went on to have under Sir Alex throughout the Premier League era.

“In terms of opponents, I would pick out Duncan Ferguson who taught me a lesson in a game (laughs). He was a real handful and never left you alone as a defender.

“Les Ferdinand was another top-class centre forward who was an unbelievable player.

“Similarly, I can’t leave out Alan Shearer who I played against when I was 18 in the reserves while he was coming back from injury. He was different-level and his goal-scoring record is unbelievable and still has not been beaten in the Premier League to this day which shows just how good he was.”

Loading...
Newer Post
Toronto FC Look To Bounce Back In Challenging Road Games After Montreal Defeat
Older Post
Why Is No One Worried About The Africa Super League?