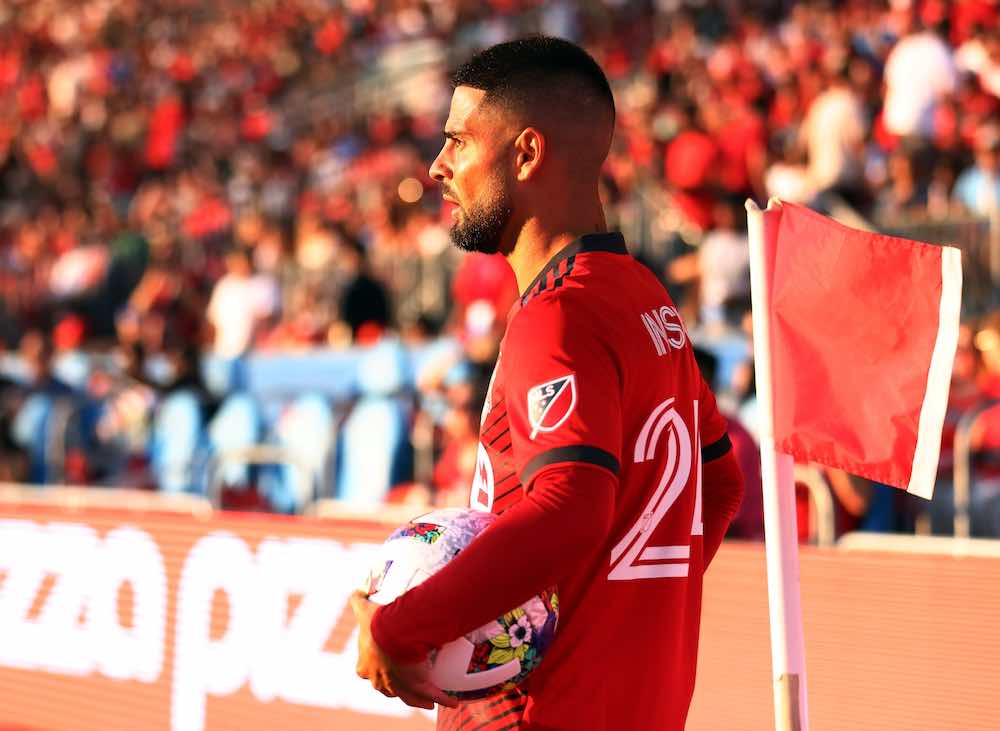 A goal in the 93rd minute from Insigne cut the lead to 4-3 but it was too little too late for the home side. Kamal Miller, Djordje Mihailovic, Kei Kamara and Alistair Johnston scored for the Impact. With the loss, Toronto’s quest to qualify for the Major League Soccer playoffs took a massive setback.

“Everything that we wanted in the start to a big game.

“We get two goals, and yeah, it’s been a stretch where the way that we give away goals in this last stretch has hurt us.

“It was a really frustrating night. It’s obviously been a year with a lot of twists and turns, and we still feel that we have felt good about the way we continue to go and continue to move forward and continue to be resilient.

“Tonight would have been a big step. A bunch of times this year we have put together little stretches of good results in good games and good football, and when we have had a chance to then take a big step with winning a big game — taking a real step forward — that part has been hard for us.”

Toronto failed to capitalize on their strong start to the match and wasted an early two-goal lead.

The momentum was on their side and looked destined to leave BMO Field with three points, yet the Impact were resilient. A poor start didn’t set Montreal back as they took advantage of several mistakes made by the Reds.

The defence was atrocious as they conceded several errors and failed to make big plays in key moments. Toronto’s backend lacked composure and physicality and they were caught out of position on many occasions.

This aspect of their game continues to be a concern as they’ve earned one clean sheet and conceded 14 goals in their past seven MLS matches.

Chris Mavinga struggled throughout the course of the match and proved to be a liability in the backend. In the 43rd minute, Kamara received a long ball pass from Joel Waterman down the right side. The forward took full advantage of Mavinga’s poor defending, as he was outmuscled, leading to Kamara’s goal.

While defending was an issue throughout the course of the game, goalkeeping was another glaring concern for Toronto.

This has been an area in their game in which they haven’t been able to get consistency. Alex Bono struggled to make key saves when needed. Mihajlovic scored from long range as Bono was caught out of position and slow to react.

Montreal’s third goal before halftime was another avoidable situation where Bono failed to react to make himself bigger and forced Kamara to make a quick shot.

The forward had ample time and space and he slotted the ball between the goalkeeper’s legs. In addition, Bono looked shaky at times when cutting off a pass or cross into the box.

The Italian trio of Domenico Criscito, Insigne and Bernardeschi have provided the bulk of offence in recent weeks. They have been involved in 17 of Toronto’s last 20 goals in MLS action, including 11 of the previous 12 goals.

Toronto’s new signings have stepped up, yet the club hasn’t been able to get additional support. Jesus Jimenez has scored once in the past 13 MLS matches while Ayo Akinola has provided one goal this season.

Time is ticking for Toronto as their season is winding down. With four matches remaining, there is little room for error to make the playoffs. In three of their next four games, they will visit Atalanta, Orlando and Philadelphia — all tough games in their own way.

TFC’s form away from BMO hasn’t been strong this season as they’re 2-8-4. It will be an uphill battle in trying to qualify for the playoffs and they are going to need assistance from other clubs.

Loading...
Newer Post
Stuck At Chelsea: What Will It Mean For Christian Pulisic Ahead Of The World Cup?
Older Post
Chris Casper On Man United, Sir Alex Ferguson, Eric Harrison And Salford City