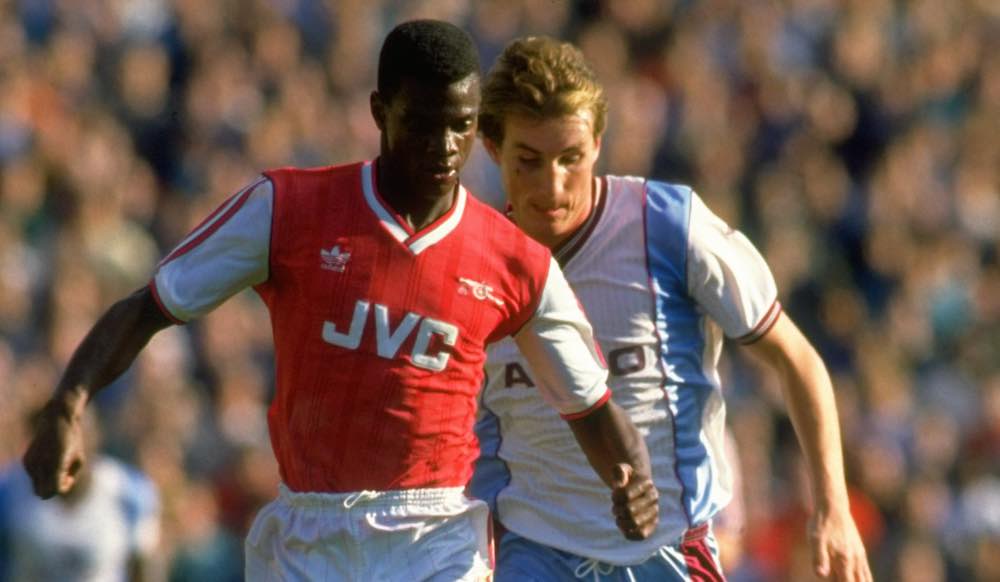 An interview with Paul Davis, by Callum McFadden for WFi.

You started your career as an apprentice at Arsenal. What was it like to come through at a club such as Arsenal in the late 1970s into the early 1980s?

“Football has changed in the sense that apprenticeships are no longer allowed but I left school at 16 years of age and I started my apprenticeship right away.

“So, at age 16, I was in at Arsenal full time and I trained in the mornings and afternoons while also being tasked with key jobs around the club such as cleaning the first team changing rooms, cleaning the stands and stadium concourses or cleaning football boots and helping to prepare kit.

“There was also a rota for the players to see which player would be tasked with cleaning the youth team manager’s car. Could you imagine that nowadays? (Laughs).

“Typically, your time as an apprentice would last for two years however I was offered a professional contract after just one year which meant I only served one out of the possible two years.

“It helped me grow up quickly and meant that when I became a professional that I was grounded and instilled discipline and responsibility into me which stayed with me throughout my career.

“I can understand why society has moved on and why it is not allowed today but I can still look back and reflect on the positives that my apprenticeship gave me.”

Many Arsenal fans link your time at the club with the management and success of George Graham. However, you worked under managers such as Terry Neil and Don Howe before George arrived as manager of Arsenal. What were those two in particular like with you as you progressed into the Arsenal first team?

“Terry and Don were the main two coaches that I had worked with before George Graham took over.

“They had different personalities but, unfortunately, they both were not able to bring success to the football club at that time.

“Despite that, I had great respect for both of them. Terry Neil sadly passed away in the summer of 2022 and I attended his funeral which was an emotional day because I will always be grateful to him for giving me my Arsenal debut in 1979 against Tottenham.

“He was good to me and I always felt comfortable with Terry, he backed me to do well.

“Whereas things were different with George Graham because he was a different type of manager altogether.

“His success at Arsenal speaks for itself and we had our ups and downs during his time as manager with many highs and lows being shared between him as manager and myself and my teammates throughout the years.”

You won your first major trophy under George Graham in the League Cup final of 1987 against Liverpool. How important was that first trophy in instilling the level of relentlessness that George’s Arsenal side was renowned for?

“That first trophy really got us going as a team because to beat a team like Liverpool was a statement and to do it in George’s first season was special.

“We had not won anything as a club since the FA Cup of 1979 and had not looked like winning anything in the years after that before George arrived.

“The fans were not happy with that so to do it in George’s first season turned this in our favour as a group.

“It was a springboard for our group to go on and win trophies in the coming years in English football as well as European football.

“We were a tight-knit unit and I look back on those successes with Arsenal with great pride and joy. It was a journey that I never wanted to end.”

You have won a full complement of domestic medals as well as the European Cup Winners’ Cup. How proud are you to have achieved all that there is to achieve within English football?

“I am immensely proud because to win any trophy takes a lot of effort and resilience so to be able to win various trophies with Arsenal was amazing.

“Our strength was in the group of personalities that we had. Every leading team has good players but to turn that into sustained success, you need strong characters.

“Our captain, Tony Adams, epitomised our strength. He lead by example and the fans, as well as the players, responded to him.

“David Rocastle was another strong personality and character who drove others around him. He was naturally sharp and helped us a lot.

“My personality was different to the likes of David and Tony or even someone like Ian Wright in the later years at Arsenal but we needed a variety and we had that.

“We were different people who also worked well collectively and challenged each other to be better than before. That was led by George Graham and to lead big characters takes a strong person and he was that for our team.

“It is not easy to be successful and then go again and repeat that success but we were able to do that which is a testament to the group and the manager.” 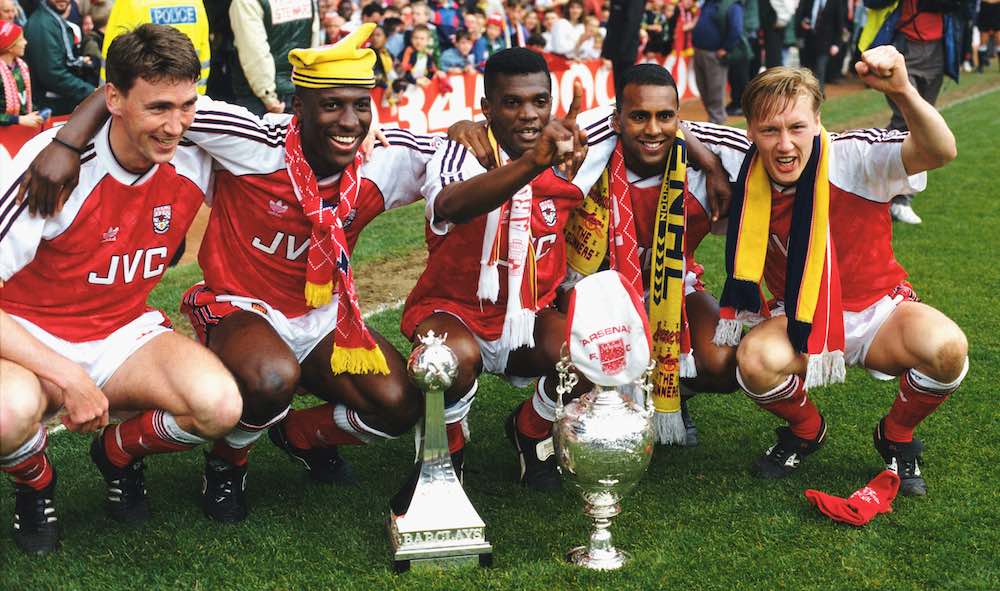 You played at Arsenal for over a decade, then coached at the club for a similar period of time. What does the club mean to you?

“Once you have been at Arsenal for even a short period of time, you have a connection with the club. I was lucky to be at the club for 25 years all in all given my different roles.

“The club has been such a large part of my life and naturally, means so much to me as a result of that.

“I’ve been treated very well by the fans of the club throughout the years. I found it difficult initially to get the fans on my side when I had just broken into the team, but once I got them on my side, I never looked back.”

In your career, which players would you pick out as the best that you played with and against?

“The best player that I played alongside, without doubt, was Liam Brady.

“Liam was a player who I tried to emulate. He had everything you wanted a top player to have. He had a lovely left foot, he could dribble, he could score goals and set others up to score.

“It is hard to pick a player out in the current era who is like Liam. He was such a unique talent.

“My most difficult opponent was another player who had everything and that player is Glenn Hoddle.

“Every time I played against Glenn, I would be fearful the night before because I knew that if I was not on my game, he would punish me.

“Mentally, you have to be prepared to play against players like Glenn or Liam and that is what makes them stand out as unbelievably talented footballers in my opinion”

Last but not least, Paul, you have just released your autobiography titled, ‘Arsenal and After’. What can readers expect from the book?

“I am pleased that I have written the book because there is so much that I have been able to reflect on now with hindsight and clarity which I could not do in the heat of the moment when I was playing.

“The book is more than just a football book. Of course, football is the main pillar of the book but it also features my upbringing as a child of a parent from the Windrush generation.

“Growing up in London in a black family was difficult in the 1960s and the next few decades and I reflect on that and how that also impacted upon my early years as a footballer.

“I want people to understand the different things that happened to me which are different to the stereotypical footballer’s story.

“The book is a true account of my career and my life. Some of the stuff within the book will surprise readers and I hope that they will leave the book having learned something that they did not know before.”