Neymar Remains The Face Of Brazil Ahead Of The World Cup 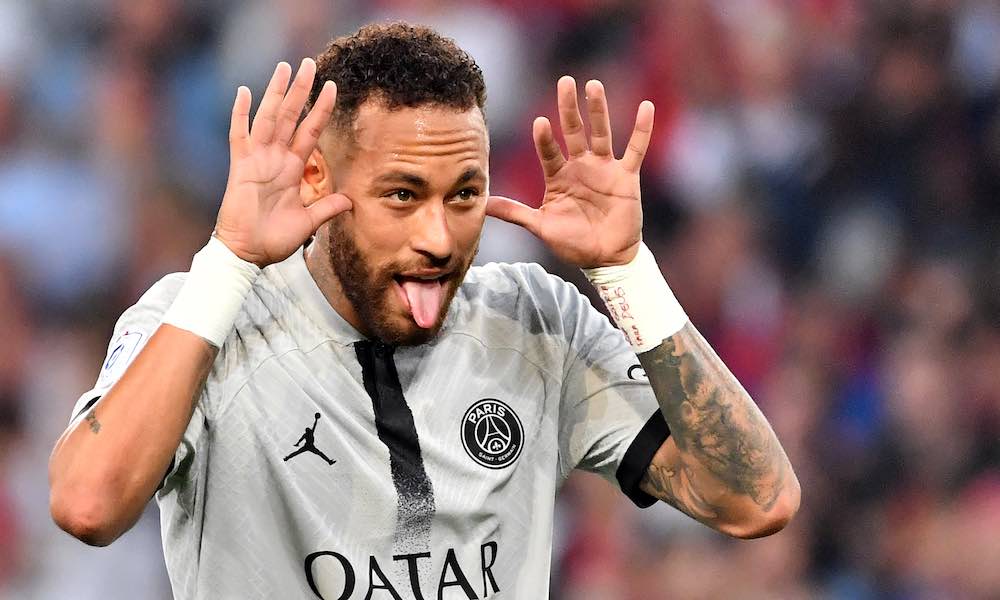 Neymar Júnior is playing football with a smile on his face. After a summer of discontent that saw the 30-year-old Brazilian international persistently linked with a move away from Paris Saint-Germain, he’s started the season on fire, working in tandem beautifully with his old friend Lionel Messi. And it’s come at a very good time for him and for his country.

Because the World Cup in Qatar is just around the corner and this could very well be Neymar’s last meaningful participation in the greatest show on earth. The forward will be 34 by the time the next one comes around and he’s always maintained that he doesn’t see himself extending his career in the manner Cristiano Ronaldo, for instance, has.

Neymar doesn’t want to be still going through pre-season when he’s touching 40. That means this is his final chance to help Brazil win their first World Cup since 2002 – and they’re heading to the Middle East as one of the favourites to do so. If you want to back them you can find the best World Cup 2022 odds here.

PSG have started the 2022/23 season like a train and Neymar has been at the heart of everything good at the Parc des Princes. He’s played three games in Ligue 1 so far this campaign and contributed five goals and six assists – frightening numbers. As aforementioned, his threat is even more lethal due to the synergy he enjoys with Messi and, despite a couple of ego-driven early-season flare-ups, Kylian Mbappé.

In Christophe Galtier PSG have a coach who won’t allow for indiscipline and in Luis Campos they have a sharp mind who’ll back him up. That partnership is a world away from the mess that Mauricio Pochettino and Leonardo presided over last season. PSG’s ultimate goal remains winning the Champions League for the first time in their history. That’s going to be a huge challenge, of course – no French club has done it aside from Marseille back in 1993 – but PSG look as well-placed to challenge for it as they ever have.

But that won’t be Neymar’s primary goal – just like it won’t be Messi’s. Their focus is undoubtedly on being as ready as possible to board their respective planes to Qatar and help their football-crazed nations lift their first World Cup in decades. Argentina haven’t won football’s greatest prize since the late, great Diego Maradona led them to it in 1986. Brazil last won it when Ronaldo Nazário led the line back in 2002. But consistent competition in CONMEBOL qualifying and the Copa América hint that South America’s two footballing powerhouses stand a real chance of upsetting Europe’s iron grip on the title.

And it’s Brazil who are the favourites. In Tite they have a proven, experienced coach who’s been with this group of players since the 2018 World Cup in Russia. He’s built a no-nonsense, functional team that is proud of its defensive solidity but also gives its abundance of attacking talent time and space to inflict damage in the final third – Neymar’s creative partners could include anyone from a talented roster of Richarlison, Gabriel Jesus, Vinícius Júnior, Rodrygo Goes, Raphinha and Antony. Competition breeds excellence and the fight for those starting positions in Brazil’s attack is beyond intense.

But Neymar’s place is assured. He’s the face of this Brazil team, as he has been since he broke onto the scene at Santos as a skinny teenager. His career hasn’t exactly gone to plan since then – he formed one-third of that devastating Barcelona trident alongside Messi and Luis Suárez that won the Champions League in 2015 but has endured a mixed few years in Paris – but there’s no better chance to redeem that than at the World Cup. And no matter the criticism, there’s few footballers as dangerous as a fit and firing Neymar Júnior.