The Future Looks Bright At Burnley Under Vincent Kompany 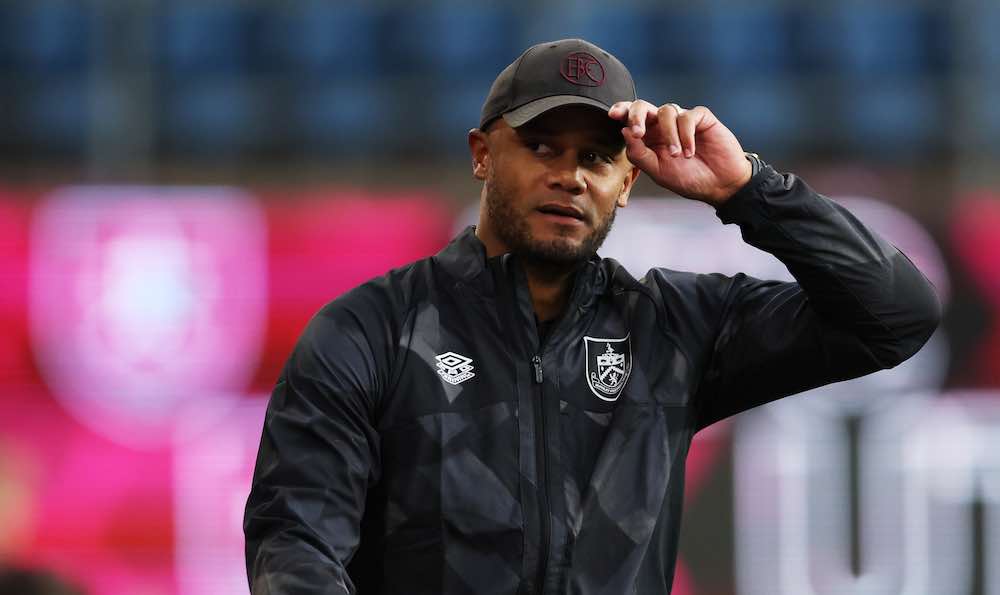 Some were unsure if Kompany will be able to adapt his playing style from RSC Anderlecht, but some were excited about the future ahead after Sean Dyche’s ten-year stay at Turf Moor came to an end.

The Clarets spent five years in the Premier League, but a disappointing season in 2021/22 meant they returned to the second tier of English football.

But what does the future now hold at Burnley and why are they prepared for a promotion charge in the EFL Championship this season?

During Dyche’s time at Burnley, he didn’t spend much money compared to other Premier League teams. Their highest transfer fee paid was in the region of £15m for Chris Wood and Ben Gibson.

Burnley are used to signing players, who nevertheless have a proven track record, for minimal fees but in Dyche’s final season, he signed Lyon and Ivorian international Maxwel Cornet who is a pacey, exciting winger — something the Burnley faithful are not used to seeing at their club.

While Burnley were in the top flight, they were the team often tipped to be in a relegation battle but they ended up regularly finishing in mid-table.

The 2017/18 season was when Dyche led the club to a 7th-place finish which gave them a Europa League play-off spot for the forthcoming season.

Despite defeat to Olympiakos, it showed how far Burnley had come from being Championship mediocrity to challenging for European places.

Then came last season — one of struggle and disappointment. Newcastle United’s new Saudi-backed takeover was a real blow for the Clarets with Eddie Howe’s side acquiring one of Burnley’s star assets — Chris Wood.

The New Zealand born striker was Burnley’s top goalscorer for four seasons in a row with 50 goals in total, no mean feat in a defensively-centred side.

Wout Weghorst came in but he was unable to have the same impact as Wood, who departed for £20m — a good deal for a player aged 30.

Dyche was sacked in April with several Premier League games remaining and Burnley threatened with relegation.

Mike Jackson took over on an interim basis, but he was unable to keep the sinking ship afloat. Jackson has now returned to his role with the U23s side at Burnley and the new man that walked through the doors at Turf Moor was the former Manchester City captain, Kompany.

The former Belgian international, with 89 caps to his name, had work to do in Lancashire and the one thing he impressed at this summer was recruitment.

It is key to note that the Clarets have lost some of their star players to Premier League opposition. Nick Pope, Nathan Collins, James Tarkowski, Maxwel Cornet, Ben Mee and Dwight McNeil have all departed for a combined fee of around £70m, with Tarkowski and Mee leaving on free transfers.

One of the most impressive buys has been Scott Twine from MK Dons for around £4m. The 23-year-old shone in Milton Keynes last season with 20 goals and 13 assists in 47 League One games.

Liam Manning’s side were going to lose their star player after defeat in the play-offs, with Premier League clubs interested. Twine’s rise has been extremely quick and it wouldn’t be a surprise if he is in the Premier League soon, but could that be with the Clarets?

Benson Manuel Hedilazio, Vitinho, Samuel Bastien and Josh Cullen all arrived from the Belgian Pro League with the latter already impressing after just two games in the Championship.

Cullen came with Kompany from Anderlecht and on his debut against Huddersfield Town earlier in the season, won the Man of the Match after a commanding midfield display.

On top of this, left-back Ian Maatsen and Taylor Harwood-Bellis joined on loan from Chelsea and Manchester City respectively after previous loan spells in this division. Kosovo international Arijanet Muric has been brought in to replace Nick Pope, and Nathan Tella is a shrewd loan signing from Southampton.

Not really a surprise to see the queue of clubs wanting to take Harwood-Bellis on loan this season. Burnley got him, and he has been a big part of Kompany’s change with the style of play. pic.twitter.com/TYkWnFHzOt

Burnley’s new style of play has been a breath of fresh air in their opening Championship matches. A lot of their attacking stats were much higher than they were under Dyche and through the course of the games, they have shown a lot of attacking intent.

A slight concern for Burnley fans may be that their squad is young and it may struggle to adapt to high-pressure moments in a long, hard season.

Despite this, there are many positive signs and many have Burnley as one of the teams to earn an immediate return back to the Premier League.

Securing a play-off spot is a minimum requirement for the Clarets this season, but despite losing a number of key players Burnley they could still be challenging for automatic promotion.