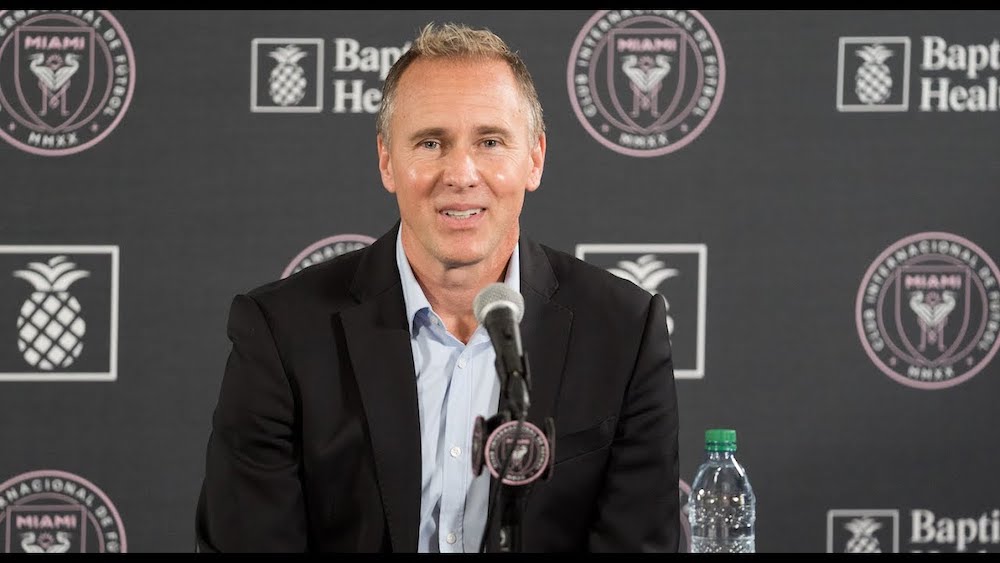 When the season began, Phil Neville was already on the hot seat. His Inter Miami side were in chaos off the pitch with so many players departing while those that were arriving were under tighter salary restrictions due to previous, well documented back office issues.

Considered a candidate for the bottom spot come the end of the season, Inter Miami kept hold of Gonzalo Higuain, but former designated players Blaise Matuidi was bought out, Lewis Morgan was sold to New York Red Bulls, while Rodolfo Pizarro and Mathias Pellegrini and Julián Carranza left. These were some of the biggest departures but there were 25 in total.

During the off-season, fair questions were raised about Neville and Co’s ability to build a roster, something which Neville himself has no experience with as well as the young franchise already in yet another rebuild.

What has seen a huge turnaround in the club’s fortunes and has been imperative to the successes they have had has been the arrival of Chris Henderson.

Henderson was appointed technical director in 2008 at Seattle Sounders and helped construct the club’s rosters throughout that time, achieving playoff football in all 12 seasons since their expansion in 2009.

He arrives in Miami as the Chief Soccer Officer and Sporting Director, and his input and management has helped build this side into a competitive Major League Soccer team this season.

The arrivals, on paper, were not quite as exciting, until the recent arrival of Alessandro Pozuelo from Toronto FC on a Designated Player contract.

They moved on from the early image of bringing in stars who sell shirts, to creating a more organised and disciplined group.

Higuain stayed, though lost his place for a while to Leonardo Campana whose goals, as well as movement and defensive work off the ball, made him a better fit.

They had invested in Jean Mota, a hard-working central midfielder, and players like Damion Lowe, a Jamaican international, to make the team harder to play through and tougher to beat.

This has been somewhat successful, though by no means hugely improved. After 28 games they have conceded 46 goals, which is the eighth-worst in MLS. While improving their defence and organisation in midfield, what they lacked from the start was an attacking threat.

Ariel Lassiter has been impressive in spurts this season, with his pace and direct style of play causing opponents issues at times, while Bryce Duke showed some quality since his arrival from LAFC.

The lack of service is something which saw Higuain lose his place. He is at the latter stages of his career and chasing across the pitch to win the ball isn’t one of his key strengths. This gave Campana a chance, and he took it at first, scoring well but the goals started to dry up.

Now, with the work of Henderson in building this side, they have a player who is helping to link the midfielder to the centre forward, in the shape of Pozuelo.

Duke has done well but is a young player that is still developing. Pozuelo is a top player in his position in MLS and ever since his arrival, Higuain has shone, he seems rejuvenated.

The celebrations after Pozuelo’s winning goal against New York City FC showed how much he is committed to the club and performing well.

Maybe we were right to be sceptical of Neville in charge of a roster rebuild, but one thing is for certain, they have shown intent and wisdom in bringing in Henderson from Seattle.

On the field, Neville has made some tough calls, notably in his decision to drop Higuain early in the year. Their victory over NYCFC took them into seventh in the East — a playoff spot. Who would have thought this could have even been possible earlier in the season?

The conference is very tight and there are many sides chasing or who have games in hand. Inter Miami are by no means becoming favourites to make the cut, but they are already ahead of what many could envision at the start of the year.

This is just their third season in MLS and they are undergoing what seems like their third rebuild already. What needs to be addressed is consistency, managing expectation and reality, and what can be done under the roster constrictions to build a team that can compete.

Henderson and Neville will know that this is what the fans truly desire, a consistent side showing signs of improvement, not just names on the back of the shirts. This is a new era for Inter Miami and one in which it seems Henderson is taking the leading role in guiding them forward.