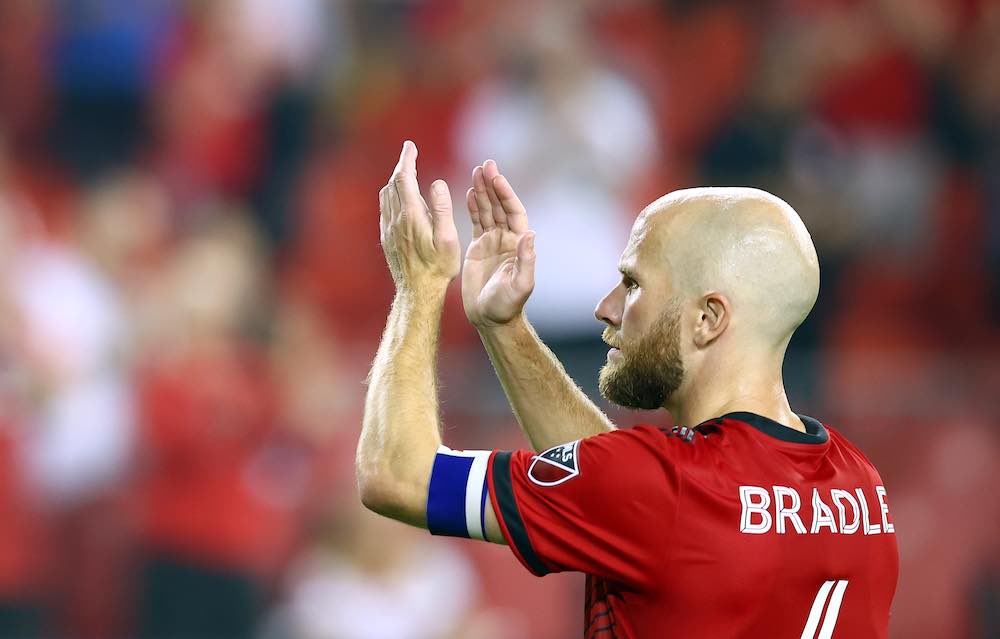 It was the Riqui Puig show last Wednesday night when the LA Galaxy midfielder put in an outstanding performance against Toronto FC at BMO Field.

The Spaniard scored a spectacular goal in the 89th minute — first goal in Major League Soccer — to send over 20,000 TFC fans home disappointed, having to settle for a 2-2 tie.

“It’s been a regular thing of these matches, we lost control of the match in a bit,” TFC striker Jesus Jimenez said of his team’s performance.

“It was very wide open for any other teams. We had a lot of counterattacks during the match, so it was very open and I think the tie was like a fair result for the teams tonight.”

Throughout the night, Puig caused havoc for Toronto as his pace, dribbling and movement created difficulty.

He had the most touches in the game with 90, made two key passes, won one aerial duel and had one goal.

“It was a great goal but there’s nothing we can do at the time,” Jimenez, said of the strike.

“It’s a great goal and we just have to congratulate him for the amazing goal.”

Douglas Costa opened the scoring for the Galaxy in the first half with a brilliant free kick.

Toronto showed resiliency in the second half as they got consecutive goals from Jimenez and Federico Bernardeschi to gain a 2-1 lead. That lasted less than ten minutes as Puig cancelled that it with his last-minute strike.

Toronto’s new signings continue to impress as they have been the backbone of their offense in recent weeks.

The Italian trio of Lorenzo Insigne (four goals and two assists), Domenico Criscito (one goal) and Bernardeschi (six goals and three assists) have now been involved in 14 of Toronto’s last 17 goals in MLS, including eight of the last nine goals. All three players have contributed to their recent run and have played a significant role.

Bernardeschi continued his strong form as he had another inspiring performance. He’s been red hot for Toronto as he has five goals and contributed one assist in the past six MLS matches. Since making his debut for the club, he has settled in quite well. The Italian was decisive for Toronto as he delivered from the spot.

An old face returned to BMO Field as Greg Vanney made his first trip back to Toronto since he left the club back in 2020.

The former boss managed Toronto from August 2014 to December 2020 and was integral during that span. He remains the coach with the most wins in TFC history. In addition, he guided them to the domestic treble in 2017, winning the MLS Cup, the Supporters’ Shield and Canadian Championship.

This was a disappointing result for Toronto as they dropped significant points. The club has 34 points with five matches remaining and need to leapfrog three teams in order to make the playoffs.

A win would have placed Toronto in the final playoff spot. Their inability to close matches this season has led to several dropped points this season.

“Yeah, I believe so because we have some points to grab. We still can make the playoffs.” Jimenez said.

“If we win two games, we can get closer to the playoffs. So, we will continue fighting until the end and we will see what we’re going to get.”