Caleb Wiley – Development And Opportunities With Atlanta United In MLS 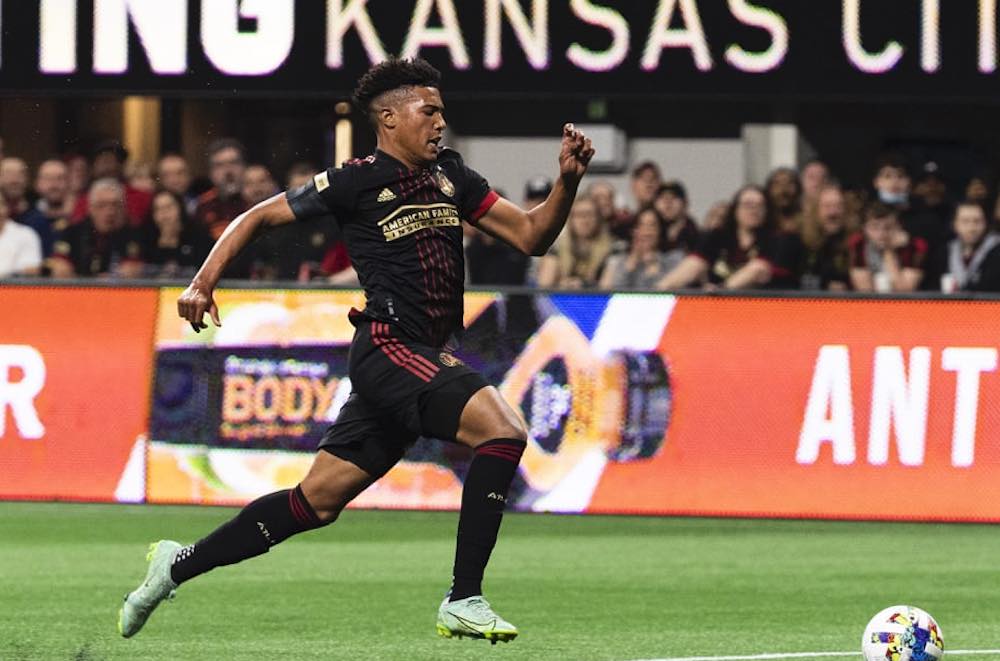 An interview with Caleb Wiley, by Mike Rice for WFi.

You’ve just got back from U20 duty. Coaches with different styles and players coming from clubs who play in different ways, what challenges come within the national team group?

“I wasn’t able to be part of [the 2022 Revelations Cup] but it was great to be amongst the group.

“There are different styles, players from different teams who play different ways but it’s the same quality and each player is amazing to play alongside.

“To go with the group helps my development and I really enjoy it.”

Before the season started did you think you’d be playing this much in the first team?

“No, no I don’t think anyone expected it either. But I’m super thankful for it and it’s helped me to improve a lot and I’m really excited about what the future holds.

“All the guys in the team are great people as well as players. It’s been crucial to the group and whenever I need anything they are all happy to listen and help me out — players and coaches.

“Any questions I have I can go to anyone, and they’ll do all they can to help me out and get better.”

How did it feel making your debut for the first team?

“It was incredible. There were a lot of nerves while warming up on the sideline and seeing the supporters around us but once I put on the jersey and got on the field it all cooled down.

“I was playing for my home team and had dreamed of making my senior debut, it was a moment I wont forget and one I’ve worked hard to accomplish.”

You’ve gone into a team with so much happening to it and one which has not had the chance to have a settled starting lineup each week.

“I’ve never experienced a team have this many injuries. It’s given me the chance to step up and get the opportunities.

“I’ve had to step up and prove I can be part of this team and despite the difficulties, it has given me the chance to play.”

How has the academy prepared you for this step up to the first team?

“Going through the academy there have been different coaches in the first team, which changes the style of play, so we have experienced a little of everything in our training.

“Now I’m with the first team there is a big focus on attacking and being one on one in the final third which I really enjoy.

“It’s definitely introduced in the academy but there’s still a lot to learn now I’m with the first team.”

Now in the first team, you have many experienced professionals alongside you who are able to offer support, including someone like Brad Guzan who has played in the Premier League.

“He has done so much in his career and to have someone like him to pass on advice is incredible for me to take on board and learn from.”

How has playing alongside players with different backgrounds in the game helped you develop more?

“We are all from different styles of the game and backgrounds, most have more experience so it’s cool to play with them and be on the same team, it’s great to learn from them.

“It’s taken some time for us to gel, coming from different backgrounds and stages of careers, especially with the injuries and changes, but I think we have really got things going well now and it will make sure the chemistry and togetherness will be really strong next year.”

How did it feel getting your first senior goal in front of the home fans?

“I still can’t believe it; it was such a special moment for me and my family. It happened so quickly. Getting in behind, getting onto the ball and toe poking it into the goal. It was an amazing moment I’ll never forget!”

How is soccer support growing in the city for the club as well as the excitement for hosting some of the World Cup in 2026 games?

“There’s a lot of people who play soccer around here where I live. There are a lot of fans of the club and it’s been cool to have been recognised by people a bit recently.

“It’s huge that the city will get to host a World Cup in 2026 and a goal of mine is to reach the USMNT by then.

“Atlanta has done so much for me and they can keep helping me grow. It would be amazing to make the squad and to get the chance to play here for the country would be incredible.”