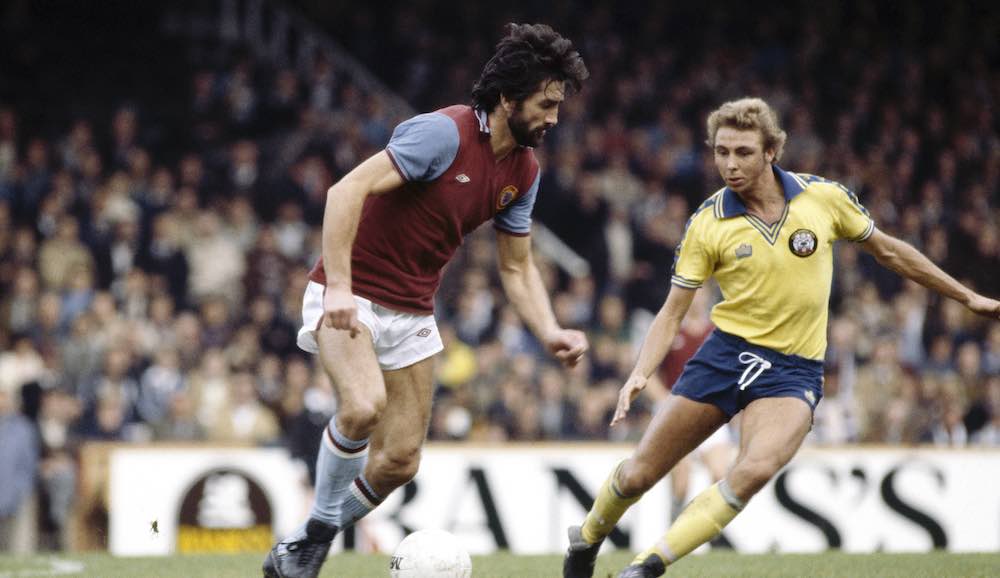 An interview with Dennis Mortimer, by Callum McFadden for WFi.

You started your career at Coventry City where you made more than 150 appearances for the club. How would you sum up your time at Coventry?

“I really enjoyed my time at Coventry, and I am grateful to the club because they gave me my first opportunity in professional football.

“I grew up in Kirkby and there was always an expectation that if you were a good player that you could be picked up by one of the local clubs on Merseyside.

“However, Coventry were the club that came in for me. They were a First Division club at the time which was ideal, so it felt like as good a place as any other to start my apprenticeship.

“I joined at 15 years old and signed professionally at 18.

“All I wanted to do when I was a kid was play football so to break into the first team at a First Division club was a dream come true.”

Your performances at Coventry lead to attention from other clubs. Aston Villa secured your signature in 1975. What attracted you to Villa at that time?

“Jimmy Hill was the chairman of Coventry at the time and he made clear that he had to move on a few of our assets and that I was considered to be one of those.

“I was made aware of their interest and because it was made clear to me that Coventry needed to sell players due to the financial situation at the club, it was a no-brainer for me to move on.

“I was not pushing for a move from Coventry because I was happy at the club with Gordon Milne as manager.

“However, once I arrived at Villa under Ron Saunders, I never looked back.”

You go on to become the most successful captain in the history of Aston Villa by lifting the league title in 1981 followed up with the European Cup in 1982. You were up against Sir Bobby Robson’s iconic Ipswich team for the league title. What are your memories of that historic campaign?

“In terms of the league title-winning campaign, it was the first title success for the club in 70 years, so it was a monumental achievement when you look back at it now.

“Ipswich Town were the team that many within the press, particularly the London press, at the time fancied to win the title.

“However, Ron Saunders did not get involved in any of that and took no notice of what was said about us on the outside.

“He kept us grounded as a team and we knew that it did not matter what the press wrote because the team that deserved to win the title would be the team who got their hands on the trophy come May.

“Thankfully, that was us and we delivered the title for the Villa fans.

“We also won by a margin of four points, which was a marker for how well we played as a side because Liverpool had only won the title in the previous season by one point and they were a superb side.

“Winning any league title takes resilience and we had that in abundance because anytime we dropped points or let ourselves down, we would bounce back by going on a strong unbeaten run.

“I had nothing but great memories from the games throughout the season. Lifting the league trophy at the end of the season was the ultimate reward and we made sure we enjoyed ourselves afterwards because it is the toughest trophy to win, in my opinion.”

“Ron was a straightforward manager and he believed in us as players and kept things simple. It relaxed us as players because he never had us worrying about any potential opponents.

“He made it clear us on the training field, each and every day, what he expected from us on a match day and if you carried out what he demanded then you would stay in the team and if you did not then you would not play.

“It was as simple as that and as such, we had a settled team because everyone knew their role and carried it out well.

“We only used 14 players in the season that we won the European Cup which is remarkable when you compare it to the size of modern-day squads.

“Continuity in our team helped us in the end because we knew each other as teammates inside out and knew how to get the best from each other.

“In regard to Ron Saunders leaving the club, as players, we were naturally disappointed that Ron left the football club.

“He always said that he was not a quitter so it was such a shame that he chose to leave the club because that was something no one would have expected him to do on his own accord.

“However, we got on with things as normal under Tony Barton because you know that managers can come and go but that you must always play for the shirt.

“Of course, you play for your manager too as we had done so successfully under Ron, but we had to continue giving everything that we had for Aston Villa and that is what we did.

“The chairman planned to hire a replacement for Ron, but Tony stepped up and we started well, and he was put in permanent charge which was the best decision that could have been made at the time for the club.

“Tony Barton was a key factor in our success under Ron and in lifting the European Cup at the end of the season.”

What are your standout memories from the final against Bayern Munich at De Kuip, Rotterdam?

“From a footballing point of view, any final is a one-off and a special occasion.

“Our goalkeeper Jimmy Rimmer leaving the pitch injured after 10 minutes is a standout memory of the final because he was an ever-present for us during our league success and in the run to the final.

“Nigel Spink replaced him to make his European debut in the European Cup final which as games go is quite the occasion to make your first appearance in the competition.

“Nigel was well known within the group but he had never played for us regularly and only played one game previous to coming on in the game, so we thought, ‘Crikey, how is Nigel going to handle this?’

“To his credit, Nigel handled the occasion spectacularly well and settled into the game and is rightly regarded as one of the heroes of the European Cup success.

“The other hero on the night was our only goalscorer Peter Withe who sealed the 1-0 for us over Bayern.

“He was a great goalscorer and you would always back him to score when it mattered.

“Keeping a clean sheet against Bayern, who were known as a free-scoring team in that era, was some achievement.

“They had three players who were top of the scoring charts in European football that season in Dieter Hoeneß, Paul Breitner and Karl-Heinz Rummenigge.

“Nigel kept them out, as did our team with our efforts all over the pitch.

“Lifting the European Cup as captain is something that I will always savour because sharing that moment with the fans and with my teammates and staff was a dream come true.

“That evening was magical, and I love looking back at all the photographs and the films of that era because it was such an extraordinary evening for everyone associated with Aston Villa.”

Finally, Dennis, your new book ‘The Full Morty’ is out now. What can the Villa fans expect from it?

“Readers of the book will get an honest account of my life from growing up in Kirkby to lifting the league title and European Cup at Villa via my time at Coventry.

“I look back at what went on during my career, and I want to share a good light on my fellow professionals and the good times that football can bring.

“It is a comprehensive look at my life in football and there is more than just football in the book.

“I focus on how I adapted to retirement which is a challenge for players at all levels.”