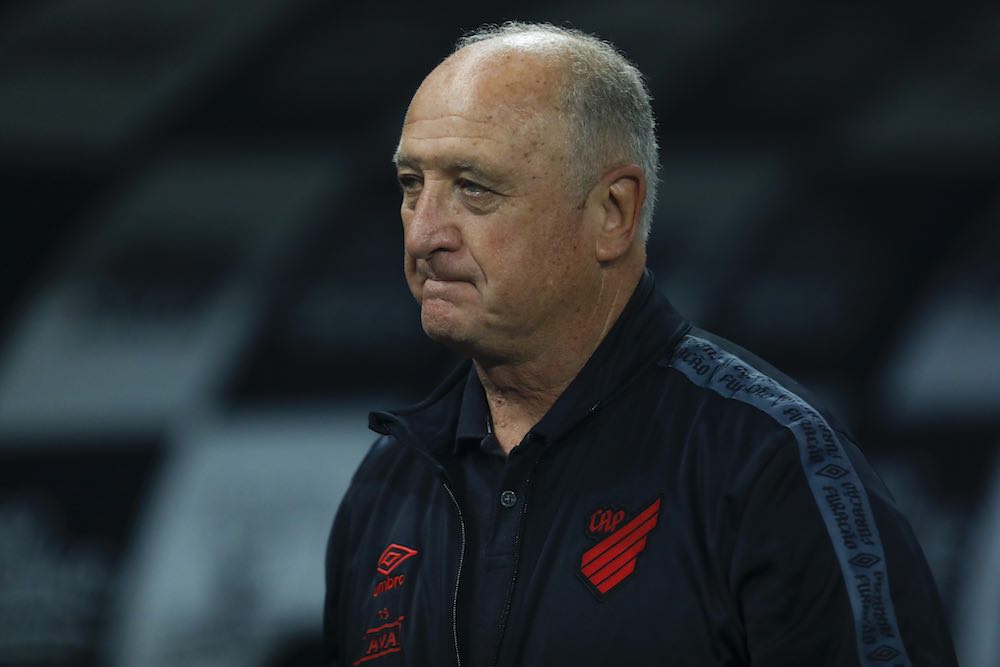 Athletico Paranaense have enjoyed incredible success in the past five years, with two Copa Sudamericana triumphs, two Copa do Brasil wins and three Campeonato Paranaense titles. Prior to that, the only major silverware Athletico could boast about was lifting the 2001 Brasileirão league title.

The one trophy missing from their cabinet is the big one — the Copa Libertadores. The pinnacle of South American football. Their greatest chance to date came when they took on São Paulo over a two-legged final in 2005,

The first leg was moved from Athletico’s home, Arena da Baixada, to the Beira-Rio in Porto Alegre due to an alleged capacity issue. This put them on the back foot before a ball had been kicked, as Athletico fans had to travel 703km for their ‘home leg’.

Athletico earned a draw in the first leg, but were comfortably beaten 4-1 away from home and saw their dreams of continental glory vanish.

17 years later and Furacão are back with a chance at Copa Libertadores glory, after sealing their place in a one-legged final, by seeing off back-to-back Libertadores champions Palmeiras in the Semi-finals.

“It’s been unbelievable so far, I dreamed a lot about this moment,” says Thays Kloss, a fan from 90min Brasil and independent Athletico Paranaense outlet, Trétis Oficial. “Every year the expectation is to compete in the Libertadores and the dream is to reach the final.”

“In the last one, I was only 11 years old, so I was still understanding football and I couldn’t enjoy it and celebrate.

“Also, because we had a controversial episode with São Paulo, which took away the possibility of playing the game in the Arena, it ended up being a sad memory. I was dying for us to reach the final again and to be able to live it all now that I can accompany the team in every game, to be able to live it with them.”

“At every stage, there was a lot of emotion. Libertadores is a different championship, it’s the cup that everyone wants and the one that we lack. The mix of emotions is a lot of joy, nervousness, expectation, and anxiety… but really happy to be living all this and having the opportunity to go to Guayaquil to see the match.”

As mentioned above, the last time Athletico reached the Libertadores final, Kloss was aged just eleven, but she still has memories of the 2005 finals that helped forge a deep love for Athletico.

“I remember a lot of the disappointment and anger that taking the game away from the Arena da Baixada left the crowd,” adds Kloss.

“I don’t remember much about the game itself. The expectation was high, but when the news that the game would have to go to Porto Alegre came, it was like a bucket of cold water for everyone. It took a lot of the cheer away from the fans and I believe the players.

“I remember more of the team, a strong team, that played much more freely to compensate for the technique. It was one of the teams that made me love Athletico even more. Many of my idols played in this final. So, I was very proud, but there was also this sadness.”

Athletico qualified in second place with ten points, the same as Libertad who just edged first place on goal difference.

In the Libertadores, it’s possible to meet the same team in the group stage and the round of 16, which is what happened to Athletico and Libertad. This time, it was Furacão who edged it with a 3-2 win on aggregate, sending them to the quarter-finals where they would meet Argentine side Estudiantes.

The first leg was a cagey affair, with both sides cancelling each other out in a 0-0 draw in Brazil.

A week later, Athletico had the tough task of trying to earn a victory in Argentina, to send them to the Semis. Another cagey match followed and with the game heading to a penalty shootout, 17-year-old star Vitor Roque showed bravery to beat experienced goalkeeper Mariano Andujar to the ball and head home the winning goal, sending Luiz Felipe Scolari’s men to the semi-finals.

The semi-finals paired Athletico with a Palmeiras side leading the way in Brazil and the back-to-back Libertadores champions. Many believed they would be in the final in Guayaquil for a third straight year, but Athletico were out to prove their doubters wrong.

The first leg was played in Arena da Baixada and an Alex Santana goal gave Athletico a one-goal lead to take to São Paulo, despite a red card for Hugo Moura, leaving them a man down 20 minutes from time.

A week later, Scolari’s men got off to the worst possible start, when Gustavo Scarpa gave Palmeiras the lead inside three minutes.

Thankfully, Athletico managed to keep the tie level on aggregate at halftime and were given a great chance of making the final, when Palmeiras centre-back, Murilo was shown a straight red for a horror tackle on Vitor Roque.

Despite being a man down, Gustavo Gomez got on the end of a long throw-in, to put Palmeiras in the driving seat.

In big games, experience is needed, as well as quality, and former Manchester City man, Fernandinho brought just that, when he picked out Vitor Roque with a wonderful pass, Roque then placed it on a plate for Pablo who levelled the tie.

With not long left on the clock, a David Terrens shot from outside of the box was enough to beat Palmeiras shot-stopper Weverton, sending Athletico fans not only into delirium, but to Guayaquil.

“Before the competition started, I believed that we could reach the semis, as it was designed,” says Kloss.

“I wasn’t super confident for the final, but I knew we’d put together a team we’d never had before. The club invested well so I was hoping that we could go further this time.

“When we were drawn against Palmeiras in the semis, honestly, there was fear, but I knew that either way we would face a great team in the semis.

“The path cannot be and is never easy. Despite knowing that I was a little afraid, I also knew that we would play well, that it would be a game where we would have chances.

“After the games we had against them this year, you could see that we would have more opportunities to play, to score. That would at least be a very interesting and good football game to watch.

“What happened at Allianz Parque was unbelievable, it was one of those magical and crazy nights that only football can provide. It was a turnaround in the score and emotions. To be sad because out of nowhere Palmeiras opened two-goal lead, but to believe that the team could do more. And went there and did it. 17 years later, we’re in the final again. It was insanely perfect.

“When the ref ended the game, It was pure emotion. Everyone looked at each other, hugged each other, cried. All too happy, still not believing that yes, we were in the final again. We waited so long for this moment that it was the dream coming true, a dream you’ve waited so long for and now it’s there, happening. There’s no way to describe it.”

With Athletico Paraneanse in touching distance of the Libertadores trophy, we asked Thays Kloss, what it would mean for the club to lift the trophy on October 29th, 2022.

“A dream come true,” she responds. “I believe that since 2005 Libertadores has been stuck in the throat of Athletico fans. Since then, we’ve been obsessed and longing for this cup. When you’ve come so close to achieving it, you can’t forget and want to go back and conquer. That’s what we want.

“Finally realizing this dream of so many years. Having followed the growth of the club to reach this moment and knowing that this would be the crowning of a project that made us great. It would be confirmation for anyone who doubts the size of Athletico Paranaense.”