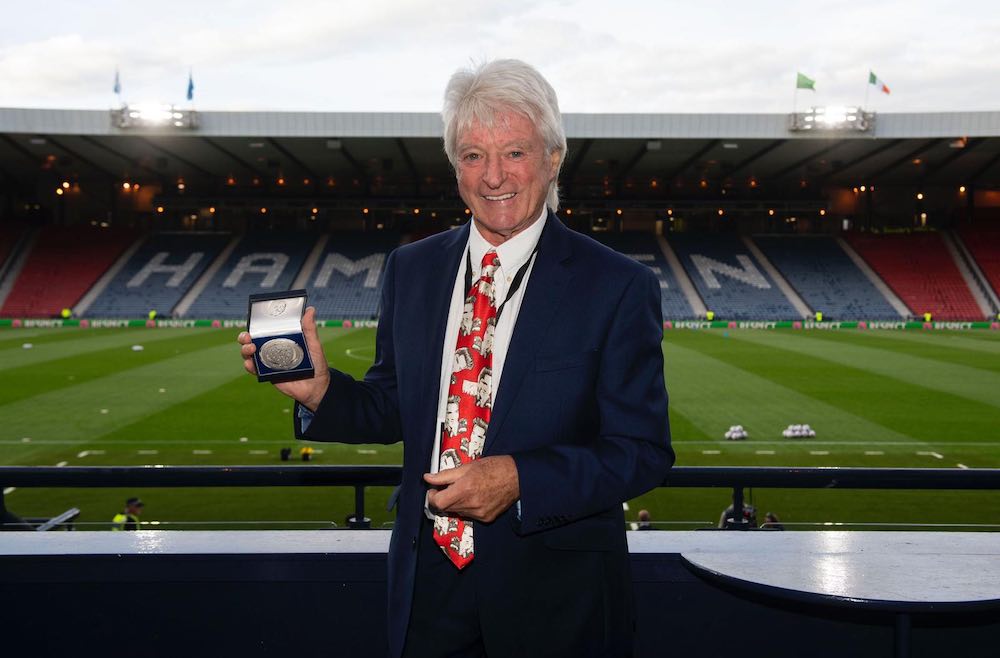 An interview with Willie Morgan, by Callum McFadden for WFi.

What are your main memories of representing Scotland and what did it mean to you and your family?

“I am just a normal working-class boy from Sauchie, so having the opportunity to play for Scotland was fantastic.

“I can honestly say that playing for Scotland one day was not something I dreamed about growing up because I never imagined that it would be possible.

“My dad worked down the pits and that was always the most likely outcome for me if it was not for football.

“I have to say that when I first walked out at Hampden, the fans were incredible with me. I felt as if I was ten feet tall. It meant so much to me but also so much to my father.

“He loved nothing more than seeing me represent Scotland.

“I returned to Hampden just a few weeks ago to receive a silver medal for reaching 25 Scotland caps during my playing career due to the decision to reclassify several tour matches that I played in 1967 as full international fixtures.

“That was a nice moment as I was presented the medal by SFA president Rod Petrie and Chief Executive Ian Maxwell.

“The only disappointment for me was not getting the medal presented to me on the Hampden pitch as I would love to have shared that moment with the Scotland fans because they always treated me so well.

“They are unbelievable fans who back the team no matter what.”

What is your personal highlight from your time playing with Scotland?

“My highlight has to be playing a big part in helping us qualify for the World Cup in 1974.

“I remember the game that we sealed qualification against Czechoslovakia like it was yesterday.

“I crossed the ball to assist Joe Jordan who scored the goal to take us to the World Cup.

“I can still picture it all in my head as we speak.

“I got the ball on the right wing, beat my full back and saw Joe making the run into the box.

“I crossed the ball with the outside of my right foot and the next thing I knew, Joe had scored.

“The noise of Hampden crowd and the feeling it gave me was amazing. You do not often experience highs like that. It was surreal. An unforgettable moment for sure.”

You were one of the best wingers in British football as was Jinky Johnstone of Celtic. You did not play together for Scotland often. Do you think you could have played in the same team or were you too similar?

“Of course we could have. Great players can always play together.

“I could’ve played on the left wing which I did at Manchester United from time to time.

“Don’t forget, George Best and I were able to play together successfully so Jinky and I wouldn’t have had a bother.

“With Bestie, we would switch wings throughout games which always kept defenders alert.

“If Bestie was having a problem with the right back, he’d give me a shout and we’d switch and vice versa. Jinky and I could easily have done that too.

“Jinky lining up on one wing with me on the other would have been a scary thought for defenders of any team.

“We would take players on, assist plenty and score goals too. It is just a shame we were not given the opportunity on a regular basis.” 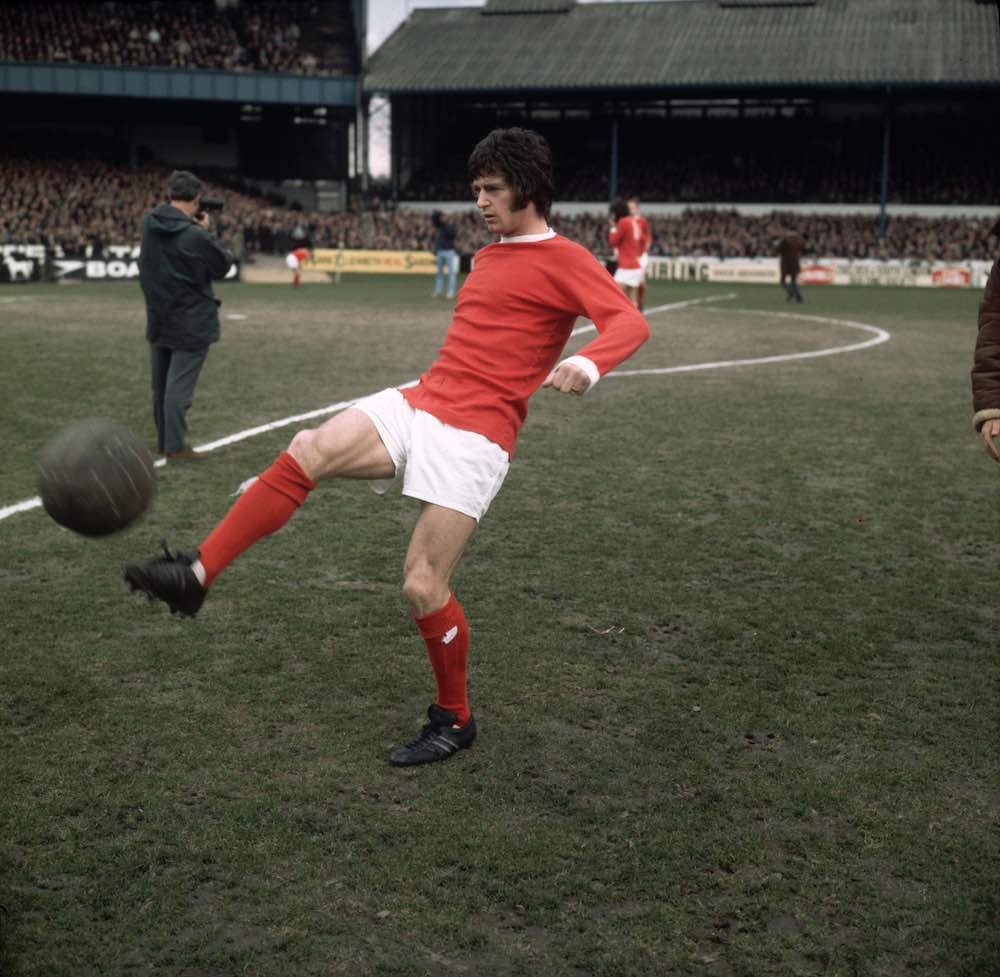 Circa 1970: Willie Morgan of Manchester United kicking a ball around before the start of a match. (Photo by Express/Express/Getty Images)

What is your view on the modern game?

“The modern game is ruined by coaches. They focus too much on trying to show how clever they are rather than letting players play.

“Too much coaching turns players into robots. Where are the great wingers on the modern game for example?  They just do not exist anymore.

“Players now are coached to play safe or relentlessly keep possession rather than looking to score as many goals as possible like we did when I played.

“It is the same with young kids. I hate hearing about young kids being coached. That is madness for me because you have to let kids play and express themselves.

“Ask any kid in the playground and they’ll tell you who can play. They don’t need coaching at that age. The best will always showcase that naturally.”

Given your view of the modern game, who do you believe is the greatest footballer of all time and are there any modern-day players who you rate highly?

“For me, the greatest player of all time is Pele, without a shadow of a doubt.

“He is out on his own for me. I played against him in America when I played over there, and he was phenomenal. He actually has his own dressing room which he invited me into after our game against the Cosmos who he played for.

“We swapped shirts and it felt amazing to have a match-worn Pele shirt such was my admiration for him.

“Unbelievably, I gave it to a young American player in the dressing room who told me how much it would mean to him to have it.

“Only I could give a shirt like that away (laughs) but meeting the great man and playing against him will always stay with me.

“There is only one modern player who comes close to Pele and that is Lionel Messi.

“He is often compared with Cristiano Ronaldo which I find strange because Ronaldo is a great goal-scorer – one of the best of all time – but he is not close to Messi.

“Messi can score just as many goals and run games on his own and win them on his own too. Ronaldo can’t do that to the same level.

“I have to be honest and admit that I do understand those out there who believe Messi could be the greatest of all time. I never thought I would see anyone as good as Pele, but Messi comes close, for me.

“He is wonderful to watch. I would pay to watch him anytime. He could have played in any era of football. That is the biggest compliment I can give to him. He is extraordinary.”