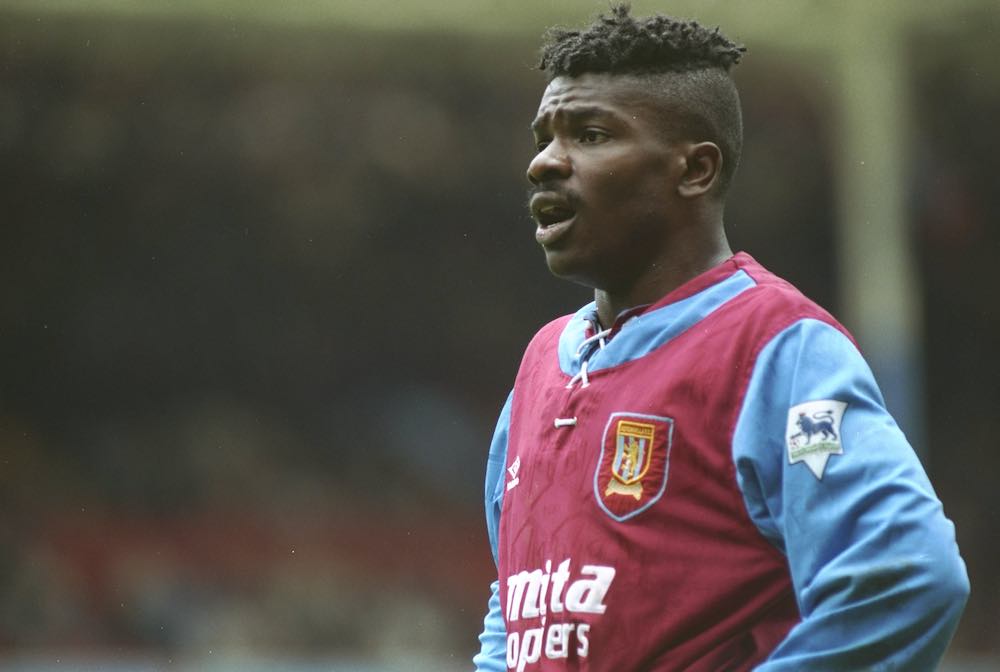 An interview with Tony Daley, by Callum McFadden for WFi.

You signed professionally for your boyhood side Aston Villa as a teenager. What was it like to sign for your club and play alongside your heroes from the European Cup winning side?

“It was a dream come true because as a youngster, everything was about Villa for me.

“I loved the club and, as you say in your question, the European cup side were my heroes as a kid.

“So, to be able to join the club and break into the first team at 17 alongside the likes of Peter Withe and co was an absolute honour.

“I thought that watching them from the stands was magical, but I was mesmerised when I trained with them, such was their quality and high standards.”

Your debut for the club was against Southampton at the age of 17. What are your memories from that day?

“Ironically, I did not know that I was going to be playing that day because I had been training with the first team for a few months prior to it while playing for the youth team.

“I played in pre-season with the team, but I was not expecting to play competitively yet because it was the norm for young players to travel with the team and help the kit man on a match day.

“That is honestly what I would be doing on the day I travelled to Southampton with the first team. However, on the Friday evening, Graham Taylor sat me down and simply said, “Look, tomorrow you are playing son. Be prepared!”

“It was a fantastic feeling to get my first minutes as a first-team professional on the pitch, but it was a frustrating day for the team as we lost 2-0.”

You played under Graham Taylor at Villa, Wolves, Watford, and for England. He must have had an enormous influence on your career, what was he like?

“Graham had a massive impact on me as a footballer but also as a human being.

“He was a fantastic coach and a great man-manager. He always got the best from me.

“On a personal level, he was very approachable, and he understood his players. I had a few off the field challenges during my time with him and he wholeheartedly supported me which sums up the mark of the man.

“I had enormous respect for him, and I owe him so much for galvanising my football career.”

At Villa, the team finished as runners-up in the league on two occasions while you were at the club. What was it like being so close yet missing out on the title in the end?

“However, the second half of the season seemed to be when the pressure got to us at times.

“Both of those clubs were used to winning titles and cups consistently throughout their respective histories and that was telling come the end of each of those seasons.”

Despite League title disappointment, you did go on to win the League Cup against Manchester United under Ron Atkinson. What was Ron like to work with and how did he prepare the team for the final against United?

“Ron was brilliant. Such a big character and he was great at helping the team relax and not overthink games of football or focus too much on the prospective pressure of the game.

“The build-up to the cup final was very relaxed. He took the team away for a few days and kept the team together.

“Manchester United were going for a treble in 1994 and our league form was not great in the last few weeks of the season but that did not worry Ron.

“Ron emphasised that we were underdogs, that the media did not give us a hope of winning the final and that all the pressure would be on Manchester United so to go out and enjoy the occasion.

“That gave us belief that we could succeed as we knew that all we could do is perform to our best and let United worry about playing the occasion. Thankfully, that approach paid dividends for us on the day and the cup was ours come the final whistle.”

The victory was comprehensive in the end with the scoreline reading Aston Villa 3-1 Manchester United. What was it like to play in the game itself?

“It was a tough game because United had quality all of the pitch with Cantona, Giggs, Keane, Ince, Irwin, Bruce, and Pallister.

“However, we stuck to our strengths and played the game rather than the occasion.

“I came close to scoring which would have been special but although I hit the post, my chance led to us winning a penalty that gave us a two-goal cushion which was crucial for us on the day.

“From minute one, we controlled the game and only were under the cosh in the final ten minutes when United were throwing everything at us.

“Despite that, we were able to see the game out and lift the cup. It was an incredible feeling for me as a fan of the club, and for the group of players that we had.

“We partied hard after that final; I can assure you (laughs). Great memories.”

You represented England on seven occasions and were a part of the European Championship squad for Euro ’92. How proud were you to pull on the three lions jersey?

“Immensely proud. Growing up, I had two dreams that I wanted to achieve: play for Aston Villa and represent England.

“It means the world to me that I have been able to do both because I grew up watching the likes of Keegan, Coppell, Anderson and co representing England.

“I honestly cannot describe how it made me feel to pull on the England shirt. It was unbelievable and it humbles me to look back on my time with England because it is something that not too many footballers have been able to do in their careers.

“I have to be honest with you and admit that walking into the England dressing room for the first time was frightening because the likes of Gary Lineker, John Barnes, and Stuart Pearce were a part of the team, and they were proper England legends.

“I was only a youngster when I was going into that environment but any nerves that I had were quickly quelled. The senior players were incredibly welcoming, and they were always happy to share their experiences with you and help you in any way that they could.”

You leave Aston Villa at the end of the 93/94 season for Wolves. Post-Villa, you represent Wolves, Watford and Forest Green. However, you struggled with injuries during those years. How tough was that for you to deal with mentally?

“I joined Wolves as their record signing at the age of 26 when I was expecting to hit my peak years.

“However, I was struck down with severe injury during my time at the club and it was not meant to be for me.

“Therefore, as I was coming towards the end of my career, I knew that I had to think about life after football, so I returned to university and studied Sports Science at undergraduate level, then at Master’s level.

“That established me as a sports scientist, after my playing career, at Sheffield Wednesday as head of sports science then at Wolves where I carried out the same role for ten years.”

Did you ever consider a career in coaching and management?

“No, the fitness side of the game was always my priority. I was the sort of person who loved pre-season.

“I used to love the long-distance running and the challenge of how to improve my fitness and stamina.

“Studying sports science was the next step for me to be able to stay in football and follow my passion for fitness. It is a decision that I am so glad that I made.”

Finally, Tony, you have just released your autobiography with Morgan Lawrence Publishing. Why have you decided to release your story now and what can readers expect from the book?

“That is a great question. Why now?

“Well, I have been asked to release a book for many years and I felt that during the first lockdown that it would be a good time to reflect on my life in football and finally do it.

“I have grandchildren now and I want to be able to leave something for them to be able to read, enjoy and learn about my footballing career.

“I also wanted to thank the people who helped me in my footballing career because it is important to recognise those who played a big part in your journey.

“In regard to what readers can expect, I have aimed to provide honesty and insight into the ups and downs of a life in football.

“I hope that they will enjoy the book and learn something from it too.”