3 MLS Players Watch For The United States In Qatar 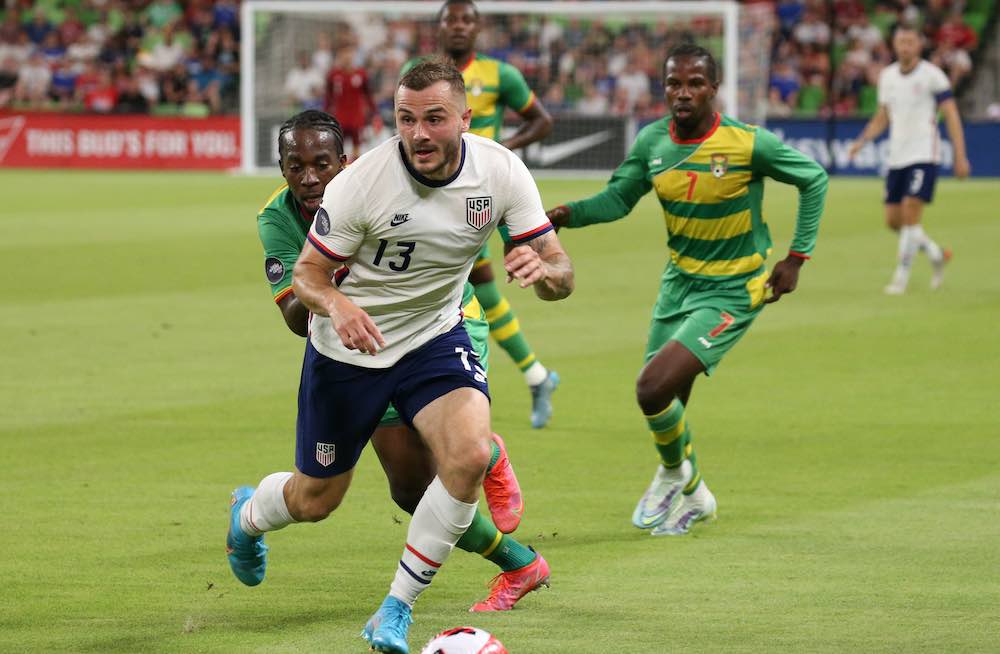 Nine of the 26 players called up are regulars in Major League Soccer. The league came to a tremendous end on November 5th when Los Angeles FC won their first MLS Cup in dramatic fashion. Gareth Bale scored the equaliser in the 128th minute to force the game to penalties which his side went on to win 3-0.

Bale’s Wales are the United States’ first opposition in the World Cup on 21st November, followed by England and Iran.

Three players from MLS, representing their nation in Qatar to look out for include:

The FC Dallas striker won plenty of plaudits earlier this season for his goalscoring form, and will likely be the USMNT starting centre forward.

Ferreira was named young player of the year in MLS this season and managed to score 18 goals (4th highest in MLS) and add six assists.

His side went on to the playoffs, though suffered defeat to Texas rivals Austin FC in the Western Conference semifinals.

Ferreira is a false nine who will roam and drop in deep to connect play. He isn’t the old-fashioned dominant, physical centre forward — he is very much a link in an attacking three who finds space and combines well.

Despite his 18 goals in 33 games, questions over Ferreira’s composure and goal threat continue to be raised. Qatar seems the perfect place to answer those questions and help his country progress out of the group stages and onwards.

The centre of defence has been hit badly by injuries to Miles Robinson and Chris Richards, who both miss out. Zimmerman, though, had already cemented himself as a starter.

Zimmerman has played in an impressive Nashville SC side who do a lot of defending, sitting deep and looking to spring counterattacks. The USMNT is slightly different in their desire to press higher, but Zimmerman has the mobility to be able to step into the new system well.

He is a tall and physical player, defends well and is also a threat on set pieces. He scored four times for Nashville this season with the third-highest individual goal tally on the team.

Who partners Zimmerman is still unknown. Fulham’s Tim Ream has been brought back in after around a year out of the team, while Aaron Long has been touted as the second starter due to his pace and relationship with Zimmerman.

Berhalter has only named four centre-backs, with Cameron Carter-Vickers being the other. We could see some changes alongside Zimmerman depending on the side they are up against and the system they play.

While Ferreira and Zimmerman are expected to start, Morris is my wildcard on the list.

As managers have been given the chance to name 26 players rather than the usual 23, some players will arrive at the World Cup in a use-in-case-of-emergency type role.

Morris has the quality. He has been involved regularly with the USMNT but has some big names ahead of him in attack like captain Cristian Pulisic, Giovanni Reyna, and Tim Weah.

The Seattle winger is a big, physical forward who has plenty of pace and quality. He has elements of a number of the forwards in this squad but doesn’t stand out ahead of them individually.

Berhalter will no doubt be prepared for moments others may be failing to get into games or he needs to change up his attack to change a game.

If Morris has the chance to get on the field with a decent number of minutes to affect the game, he could prove why he was chosen over players like Paul Arriola who have missed out.

Morris can play down the middle as a centre forward, when necessary, with his speed and strength as well as a keen eye for goal.

He’s a wildcard available to Berhalter and with no pressure on him, so he could surprise a few people if called upon.