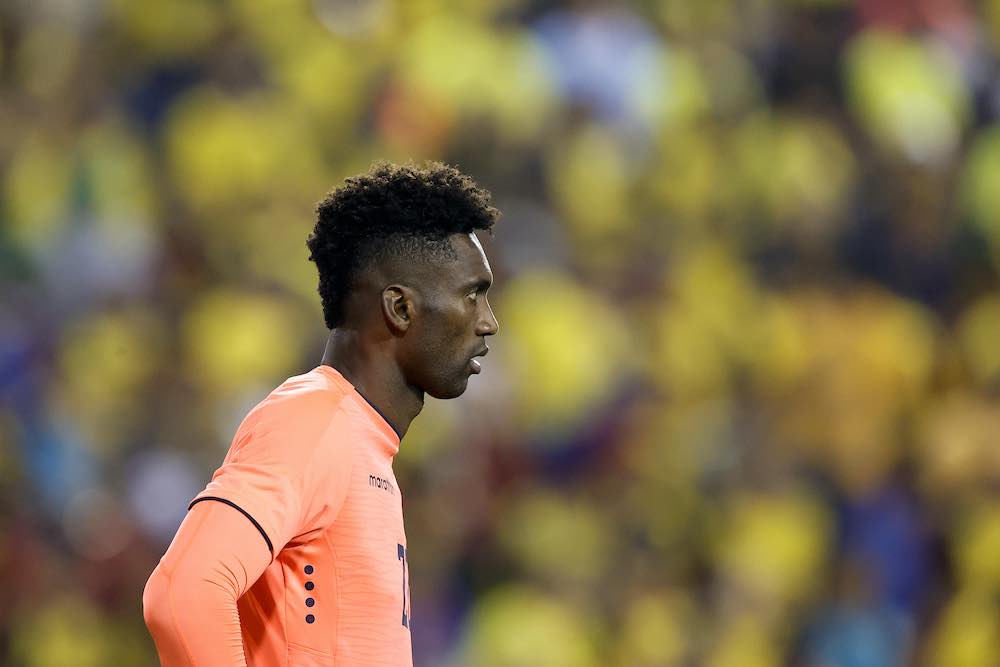 Ecuador have the third youngest squad going into the 2022 World Cup with an average age of just 25.6. With young talents like Moisés Caicedo, Piero Hincapié and Gonzalo Plata, you need experienced players to help them settle in.

35-year-old experienced goalkeeper, Alexander Domínguez brings just that kind of experience having played in Ecuador’s last World Cup back in 2014.

Domínguez began his youth career in 2006 joining one of Ecuador’s top clubs, Liga de Quito. His first spell at the club was extremely successful. In 2007, aged just 20, he went unbeaten for 719 minutes of football.

In his time at LDU, the 6ft 4in shot-stopper, played over almost 300 games for the club winning two league titles, two Recopa Sudamericanas, a Copa Sudamericana and the Copa Libertadores. His performances, for his club, earned him a call-up to the Ecuador national team in May 2010, where he was an unused sub against Mexico and South Korea.

Domínguez would have to wait until 26th March 2011 to make his international debut, doing so against Colombia in a friendly.

After serving as the backup to Marcelo Elizaga in the 2011 Copa America, he became first choice keeper for the 2014 World Cup qualifiers, playing a total of 12 matches for La Tri and helping Ecuador make their third World Cup finals as they finished fourth in qualifying and avoided having to play an Intercontinental playoff.

At the 2014 World Cup in Brazil, Ecuador were placed in a tricky group along with France, Switzerland and Honduras.

Domínguez was the first-choice keeper and their first game saw them take on the Swiss and a 93rd-minute goal from Haris Seferovic saw Ecuador suffer a heart-breaking 2-1 defeat.

Honduras were up next and the South Americans managed to bounce back thanks to a brace from the then West Ham striker Enner Valencia in a 2-1 win of their own. This meant they still had a chance of making the knockouts going into their final game against France.

La Tri went into the game as huge underdogs and managed to earn a 0-0 draw, despite playing the majority of the second half with ten men after Antonio Valencia was shown a red card.

Heroics from Domínguez helped Ecuador claim a point and saw him pick up the man-of-the-match award. Unfortunately, it wasn’t enough to keep Ecuador in the competition as Switzerland comfortably beat Honduras to finish second in the group with Les Bleus going through as group winners.

“Representing my country is the best, it is what one always dreams of as a child,” Domínguez tells WFi.

“It is the greatest source of pride for any player, and even more so to play a World Cup. It was a great experience facing such great players as Benzema, Pogba, Lloris, Griezmann, etc.

“It was an incredible match. Keeping a clean sheet against players of such magnitude — world-class figures — it represents a golden moment in my life.

“One always prepares to the maximum for all matches, and works hard to achieve the objectives that are set, but logically, facing those kinds of players generates double motivation, more so in a World Cup with everything it represents. For us, the players, it is the best.” 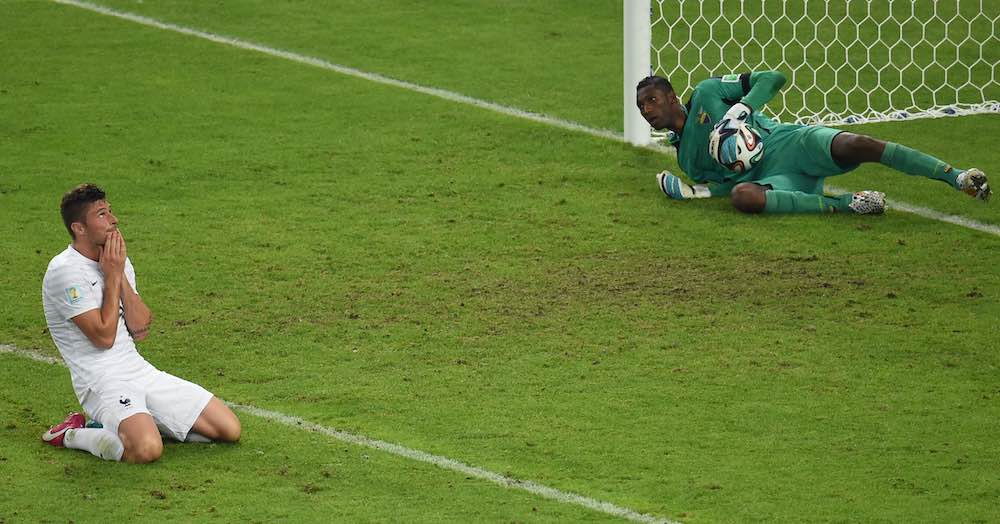 Following his heroics at the Maracanã, Domínguez finished the domestic season by earning a place in the 2014 team of the season, before repeating the feat in 2015.

In 2016, Domínguez fancied a challenge elsewhere and said his goodbyes to LDU, opting to move to Mexican outfit, Monterrey.

“My first memories at LDU were having joined a squad that lifted the Copa Libertadores and Copa Sudamericana with Edgardo Bauza, who represents a huge pride for me because together we brought the club to the elite level by playing in the Club World Cup Final against a Manchester United side featuring the likes of Cristiano Ronaldo, Wayne Rooney and Carlos Tevez,” Domínguez adds.

“The most beautiful moments are always when results are obtained, having participated in the golden age of the league gives me enormous joy and has transformed me into a benchmark player for the current squad.

“That generates triple the commitment to support the boys that have been appearing and lead LDU to fight again at international tournaments.

“Without a doubt, the most beautiful moments at LDU were winning the Copa Libertadores, Copa Sudamericana and taking the club to the elite of continental and world football.”

After his time in Ecuador and Mexico, Domínguez went on a mini tour of the Americas by representing Colón and Vélez Sarsfield of Argentina, Cerro Largo of Uruguay, and Colombia’s Deportes Tolima.

His time in Colombia saw him add the 2022 Superliga de Colombia title to his name.

“Luckily, I have been able to play in very prestigious institutions outside of Ecuador,” he says.

“The experiences have been very positive and have allowed me to grow as a goalkeeper and as a person.

“Fortunately, I defended the goal of one of the most important teams in Mexico, Monterrey. Then I went to Argentina where I am deeply grateful to Santa Fe and all the people of Colon, who transmit their love to me day by day and it is a club that has been champion, that has played Copa Libertadores.

“I won a title in Colombia. The truth is that I am happy with the experiences I had. I was drawn by the possibility of Tolima because it is a big team in Colombia, with serious aspirations. It is growing by leaps and bounds and we had the Copa Libertadores ahead of us.

“We managed to become Superliga Colombiana champions, as well as earning a place in the last 16 of Copa Libertadores having qualified against the Atletico Mineiro who have amazing players like Hulk, Nacho Fernández, Matias Zaracho, and other figures.

“Without a doubt, it was a very good step for me, despite having been short.”

While on his travels in club football, Domínguez played a major role in helping Ecuador qualify for the 2022 World Cup, featuring in ten matches during qualifying.

Then in July, he returned home, joining LDU Quito for a second spell.

“It’s an immense joy to take Ecuador to a World Cup again,” he adds. “It was complicated due to the quality of the teams.

“Nations like Colombia, Chile, and Peru have been left out, but with the group and the manager, Gustavo Alfaro, we have achieved the goal and we are going for more.

“It gives us great joy to see Ecuador in the elite of world football,” he said regarding qualifying for the World Cup.

“LDU is my home, it’s where I’m happy, it’s where I trained, where I grew up and where I came back to take the club to the top again.

“I want to give back to Liga as much as it has given me, that is my driving force and my daily motivation.”

The upcoming World Cup will see Ecuador take on Senegal, Qatar and the Netherlands in their group. La Tri will be hoping to show the level of quality they showed to earn their place in the showpiece event.

Domínguez gave his thoughts ahead of the tournament.

“We want to make a good  World Cup. We are in a group with great teams, but we will continue working hard to take Ecuador to the top.”