World Cup 2022: From Doubters To Believers – Ecuador Hoping To Cause Another Surprise 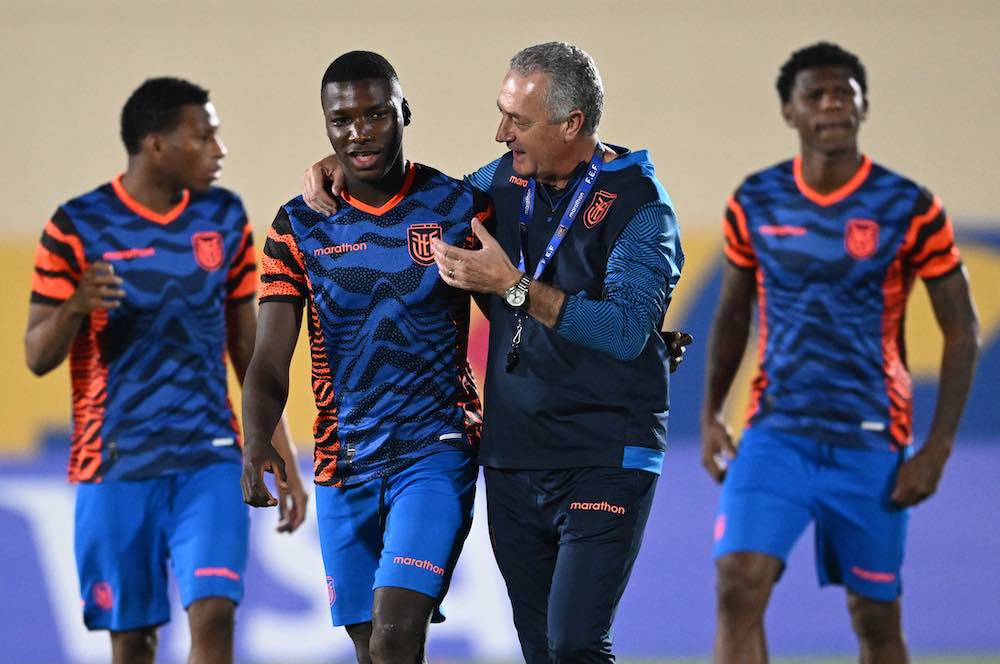 After missing the previous edition in Russia, Ecuador are back at the World Cup after qualifying in fourth place in a difficult South American qualifying section.

La Tri qualified behind the three CONMEBOL nations who have lifted the World Cup — Uruguay, Brazil and Argentina.

In the 2018 qualifiers, Ecuador finished in a disappointing eighth which led to a major overhaul of the coaching staff and players, but it didn’t come without a tough start.

In 2018, Hernán Gómez, the man who led Ecuador to their first World Cup finals in 2002 was brought in and this time things wouldn’t be so successful. Ecuador crashed out of the 2019 Copa America finishing bottom of the group with zero wins.

This led to the dismissal of Gomez and in January 2020. The son of Johan Cruyff, Jordi, replaced Gomez in what turned out to be a waste of an appointment. By July 2020, Cryuff resigned without holding any training camps or playing any matches, though this was mainly down to the COVID-19 pandemic.

The 2019 Copa America failures would be a blessing in disguise. A major overhaul of backroom staff and the appointment of Argentine coach, Gustavo Alfaro, helped turn Ecuador from doubters to believers.

Wfi sat down with Ecuadorian Sebastian Torres in Santa Ana, Guayaquil, to discuss the country’s journey to its fourth World Cup finals.

“After the failure of the 2019 Copa America, a whole new FA took over,” says Torres.

“A change of image, crest, president and ideology came into place,”

“New president, Francisco Egas was trying to get a project going for 2030, which included building bases from the youth teams, so the senior team can be competitive again in ten years.

“Part of that was a better scouting network and that was key to building the 2019 U20s team that won the South American championship and got 3rd place in the U20 World Cup. 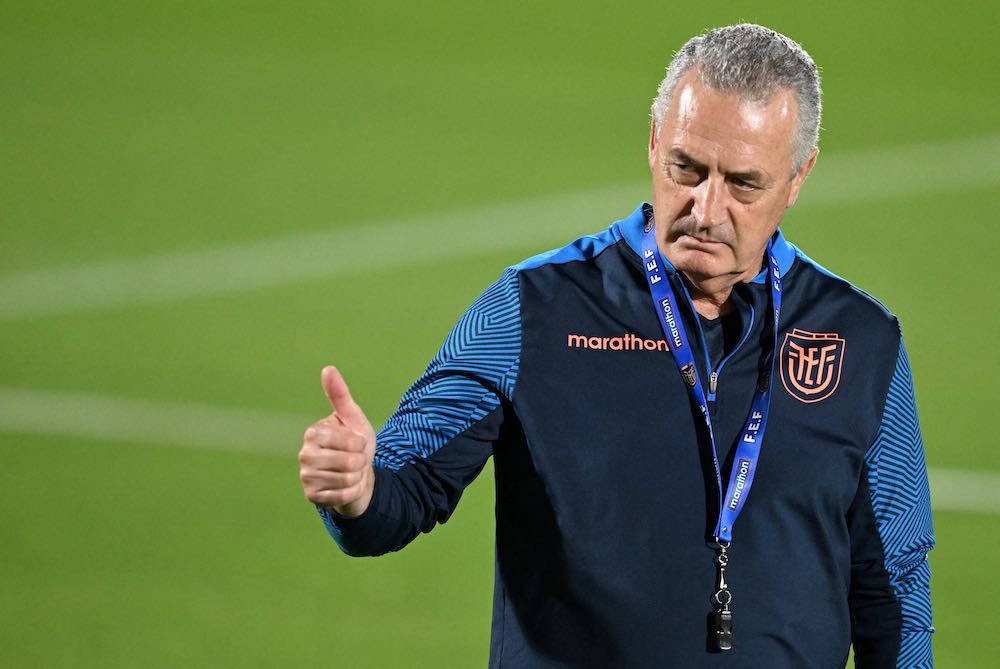 Ecuador’s coach Gustavo Alfaro gives a thumbs-up during a training session at Essaimer SC in Doha on November 19, 2022 on the eve of the Qatar 2022 World Cup football match between Qatar and Ecuador. (Photo by Raul ARBOLEDA / AFP) (Photo by RAUL ARBOLEDA/AFP via Getty Images)

“The staff in the senior team noticed this when they got into the roles and started giving youth a chance in the first team, which saw good results.

“I feel the fact that Gustavo Alfaro is a motivator helped them settle in the senior team fast. It has to be mentioned that Independiente del Valle’s youth work has produced amazing results with most of the young guys now in the senior team coming from there.

“It wasn’t expected for this young team to qualify this year, but they have matured fast and have shown great quality.

“Here people started to wake up when we qualified for the World Cup. There’s a big expectation. This time it’s a bit different I’ve noticed.

“The last three times we qualified our players had very little top club-level experience. Only the likes of Antonio Valencia and Felipe Caicedo, you could say had that edge.

“This time around, however, there are players like Moises Caicedo, Pervis Estupiñán, Piero Hincapié, Gonzalo Plata and Carlos Gruezo who have a lot more experience and at a very young age.”

Even after qualifying there was drama, as Chile contested Ecuador’s place in the World Cup, stating that full-back Byron Castillo was born in Colombia and therefore shouldn’t be eligible to play for Ecuador.

On April 1st 2022, Ecuador were seeded fourth for the World Cup draw and were handed an interesting group along with the hosts Qatar; 2010 finalists, Netherlands; and current African Champions, Senegal.

“The mentality has changed a little from we’ll go and try to do well, to, we can beat the top dogs in the competition,” Torres adds.

“That’s what gives me the most excitement, and I feel most people feel that way about it too. It’s a different World Cup with a young, hungry squad that thinks they are capable of great things.

“It’s clear that people are hopeful about it. There’s a sense of pride among people here, especially after the whole Chile drama that caused a lot of nerves among some fans.

“The game against Qatar is arguably going to be the biggest game in Ecuador’s history, for it being an opening game of a World Cup, which everyone across the world is going to have their eyes on.

“Confidence is high. There’s a feeling that this young team is prepared to be the first country to beat the hosts in the opening game since this format was created.

“Despite the higher individual quality of Senegal and Netherlands and the host status of Qatar, the players have shown they can compete against the world best during the qualifiers and also at club level.

“The fact that our team have performed well gives a lot of hope that we can make a good run and one even better than the 2006 World Cup where we reached the Round of 16.”

The aforementioned round of 16 game saw Ecuador frustrate Sven-Goran Eriksson’s England, who edged a 1-0 victory following a second-half free kick from David Beckham.

Ecuador begins their 2022 World Cup journey on Sunday against host Qatar at the Al Bayt Stadium.