Are ‘Golden Generations’ A Blessing Or A Curse? 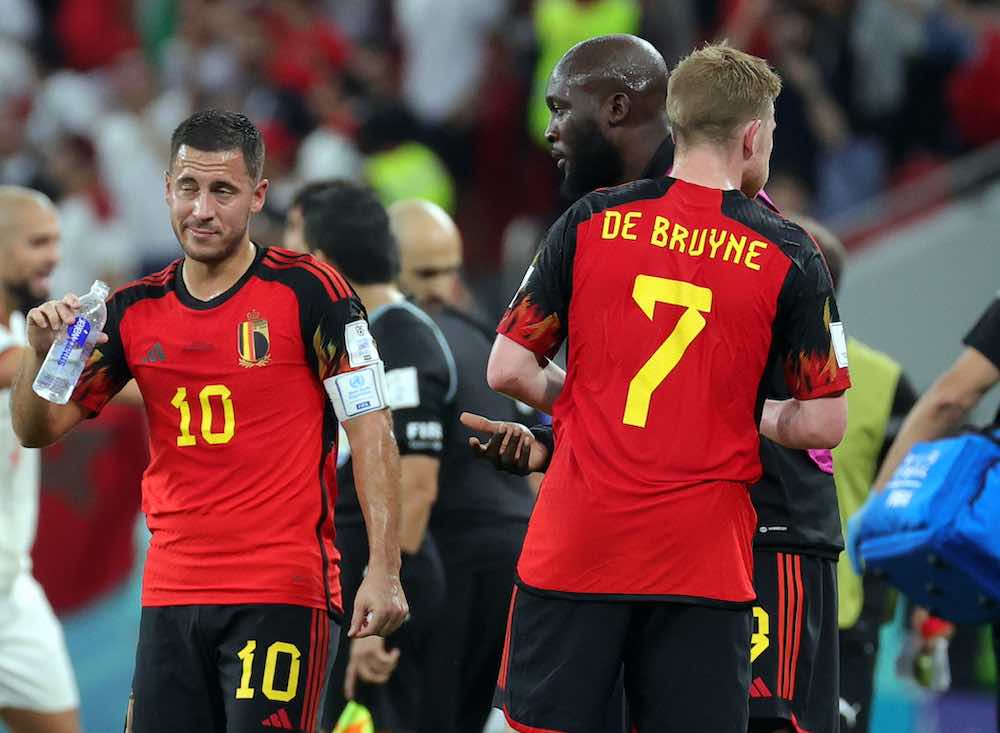 Belgium’s draw to Croatia in their final game of Group F brought the curtain down on their much-talked-about golden generation of players at the world’s most iconic football tournaments. Indeed, the stalemate at the Ahmad bin Ali Stadium was enough to condemn the Belgians to the earliest possible exit from the World Cup in Qatar.

Incredibly, the likes of Kevin De Bruyne, Eden Hazard, and Romelu Lukaku, who notably, was one of the favorites in the World Cup Golden Boot betting odds going into the tournament, have now all left Qatar without leaving their mark on the event. Instead, Belgian players like Lukaku will have to watch on as Lionel Messi, who is tipped to finish the tournament as the leading goalscorer at odds of 12/1, scoop up the accolades they were initially predicted to win.

This is, of course, a condensed version of Belgium’s history over the last decade given that their golden generation has had to stand by and witness other nations winning top honors despite having a star-studded lineup. If you’re an England fan then perhaps you are now experiencing a sense of deja vu onwing to the fact that the Three Lions suffered the same fate while the likes of Frank Lampard, David Beckham, Steven Gerrard, and Wayne Rooney played for them. With this in mind, the time has come to ask if golden generations are a blessing or a curse.

Disaster in the desert

Perhaps the answer can be found by focusing on the Belgian’s failed World Cup campaign in Qatar which was marred by fallout and distrust. In fact, you can even go back a bit further than the start of the World Cup to pinpoint the time when the first cracks began to appear in the squad after De Bruyne gave an interview to the Guardian on the eve of the tournament. When quizzed about Belgium’s chances of winning the showpiece in the desert during this one-on-one, the Manchester City midfielder instantly replied by saying ‘no chance.’

The 31-year-old then went on to say that Belgium’s aging squad would cost them the chance to win the World Cup and that they had blown their best opportunity four years ago in Russia when they were knocked out in the semi-finals. Now, it doesn’t take much imagination to understand why some senior members of the Belgian squad were upset by De Burnye’s frank interview once it was published. Naturally, this set the tone for a frosty reunion when the squad arrived at their remote training base in Qatar which was situated 150km away from Doha, cue the second problem that split this squad in two.

Essentially, a significant amount of the Belgian team took exception with being so far away from Doha given that most teams were based within 20 minutes of the city which, crucially, gave them better access to their families. Ultimately, this was something manager Roberto Martinez was keen to avoid so that his team could remain totally focused on the task at hand in the Middle East. Predictably, this decision backfired as most of the squad ended up feeling cut off and isolated.

Roberto Martinez has announced that he will stop as national coach of the Belgian Red Devils. pic.twitter.com/l7EBqiOAeD

Could Martinez have been a bit more sensitive to the fact that players want to see their families when touring? The answer has to be yes given that history is full of reports of fallout when players are kept away from them during big tournaments. But in the same breath, these so-called golden generations are incredibly pampered and some would even say unmanageable given that at the first sight of discomfort or annoyance, they begin to implode.

If that’s overly harsh then perhaps there’s another argument to be made about golden generations knowing how exceptionally talented they are and therefore finding it harder to adapt to adversity of any kind, whether it be a few careless words from a team member to the media or a poorly thought out training camp location courtesy of the side’s management. The inescapable reality is that these things are going to happen to teams but the higher maintenance a squad requires, the less likely they are to find ways of not letting it affect them.