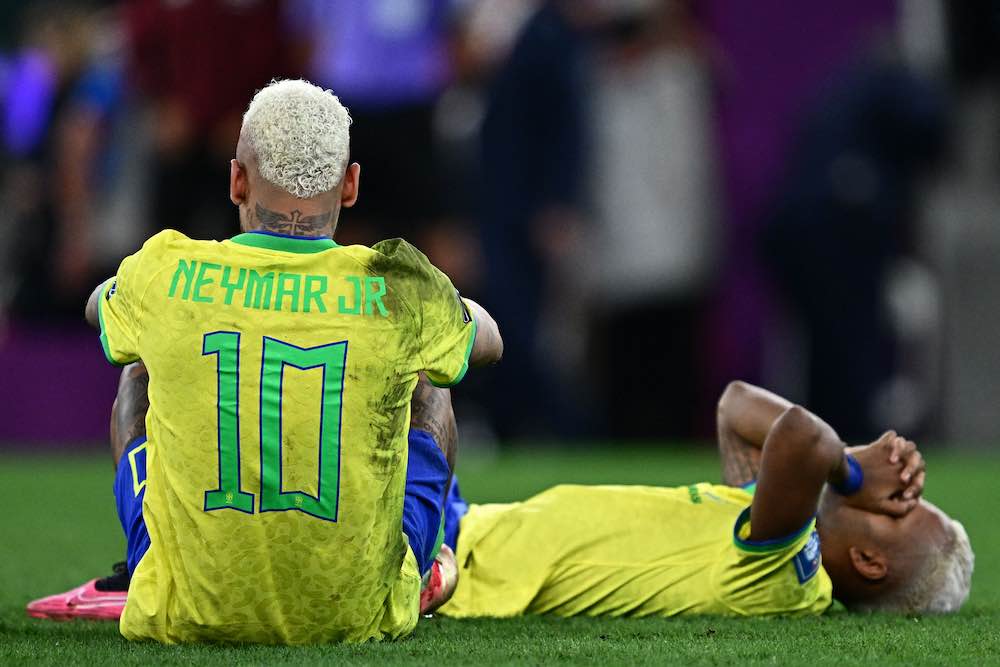 Going into the 2022 World Cup, Brazil were one of the pre-tournament favourites. As is the case at most World Cups for the South American nation, fans were confident of bringing home what would be their sixth title — commonly referred to as the ‘Hexa’ in Brazil.

In a sea of yellow, green and blue at the Lusail Stadium, Tite’s men opened up against Serbia in a repeat fixture from the 2018 World Cup, which saw a 2-0 victory for Brazil.

After just over an hour of constant Brazilian pressure, the Serbian backline finally cracked. Neymar dribbled into the area, before teeing up Vinicius Junior whose shot was saved and parried into the direction of Richarlison who tapped in from close range.

Moments later, Brazil would put the icing on the cake in magnificent fashion, as Vini Jr’s outside of the foot cross saw Richarlison take two touches, one to control the ball up in the air, before he improvised with a spectacular volley, as Brazil started their quest for the Hexa in style.

Their second outing was once again a clash that had happened in the 2018 World Cup, as they faced off against Switzerland. On that occasion, the match ended all square in a 1-1 draw.

This time around, as in their first match, Brazil. enjoyed more of the ball and created all the chances, but were made to work to find a breakthrough against a stubborn defence.

Brazil thought they had taken the lead when Vinicius Junior showed excellent composure to beat first Nico Elvedi and then goalkeeper Yann Sommer, but VAR detected that his teammate, Gabriel Jesus, was offside and the goal was chalked off.

It took a Real Madrid link-up between Vini Jr and Rodrygo, who set up Casemiro to fire a rocket into Sommer’s net and Brazil were into the last 16 with a game to spare.

With an eye on their last 16 clash, Tite opted to rotate his usual starting 11 against Cameroon.

As in their previous two matches, Brazil went into the break goalless, despite having the majority of the chances.

The second half would continue in this pattern, but this time, it wasn’t Brazil who would be celebrating come the end of the match, as Vincent Aboubakar’s stoppage-time header left Ederson flat-footed, giving Cameroon a famous victory over the Seleção.

The round of 16 paired Brazil with South Korea, a side Brazil knew well having played and beaten them in a friendly in June of this year.

Unlike in their previous games, Brazil stunningly started the game as they raced into a 4-0 lead inside the first half thanks to goals from Vini Jr, Neymar, Richarlison and Lucas Paqueta.

It was a scintillating display of attacking class and ruthlessness, every goal was celebrated as a collective group and with a typical Brazilian dance — even manager Tite joined in!

Despite their dominance, Brazil still needed Alisson Becker to pull off some outstanding saves to deny South Korea, until he was eventually beaten by a wonder strike from Paik Seung-ho.

With the game won, Tite brought on Palmeiras shot-stopper Weverton for the final ten minutes, meaning that Brazil had fielded all 26 members of their squad.

Brazil set up a tie with 2018 beaten finalists Croatia in the quarters, where people were either predicting a comfortable Brazil victory or a tight cagey affair.

Unfortunately for Brazil, it was the latter, as Croatia managed to take the game to extra time by defending as a unit and not taking too many risks. Their keeper Dominik Livakovic was switched on at every moment to ensure he would not be beaten.

That was until added-time of first-half extra time when Neymar, who had been quiet in the game, went on a spectacular run linking up with first Rodrygo and then Lucas Paqueta, before taking on Livakovic and striking the ball into the roof of the net.

Brazil thought their job was done, but this was far from the truth as substitute Bruno Petkovic fired home from a beautiful counter-attack and ensured the game went the full distance.

Going into the shoot-out, Croatia came in having beaten Japan on spot kicks in the last round thanks to some great work by Livakovic. But this was Brazil’s first World Cup shootout since beating Chile at the 2014 World Cup.

The PSG centre-half sent the keeper the wrong way, but struck the post, ending their 2022 World Cup dream.

Following the game, Brazil manager Tite announced that he would be stepping down as manager.

The search for a new manager begins, with a foreign manager being a possible option, this would be the first time since 1965 that Brazil would be led by a foreigner.

From the Brazilian side of things, many of the current players have already spoken about Fluminense’s Fernando Diniz and how he should be the next leader of Seleção. Whoever it is will be expected to secure the Hexa.