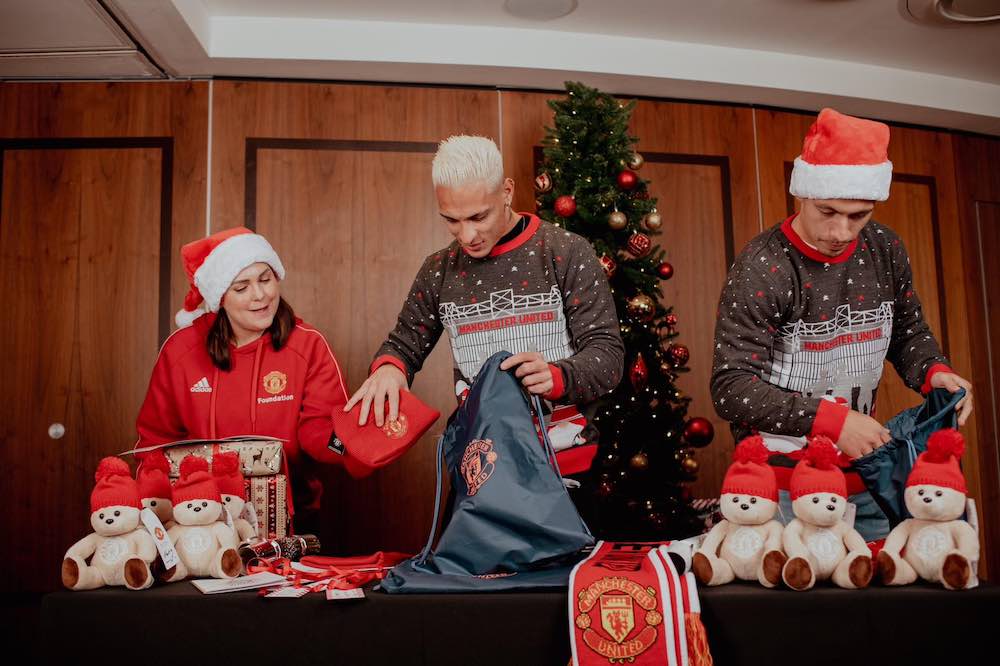 Club captain Harry Maguire said: “Supporting those in our local community is one of the most important things that we do as players and staff at Manchester United, especially around Christmas time. For us, sending well wishes and packing gifts for the hospitals, putting smiles on people’s faces is really important.”

Marcus Rashford added: “It’s obviously something that as a team we enjoy doing, supporting the children and the staff at the hospitals. To put a smile on young people’s faces and seeing them happy gives us a massive boost over Christmas.” 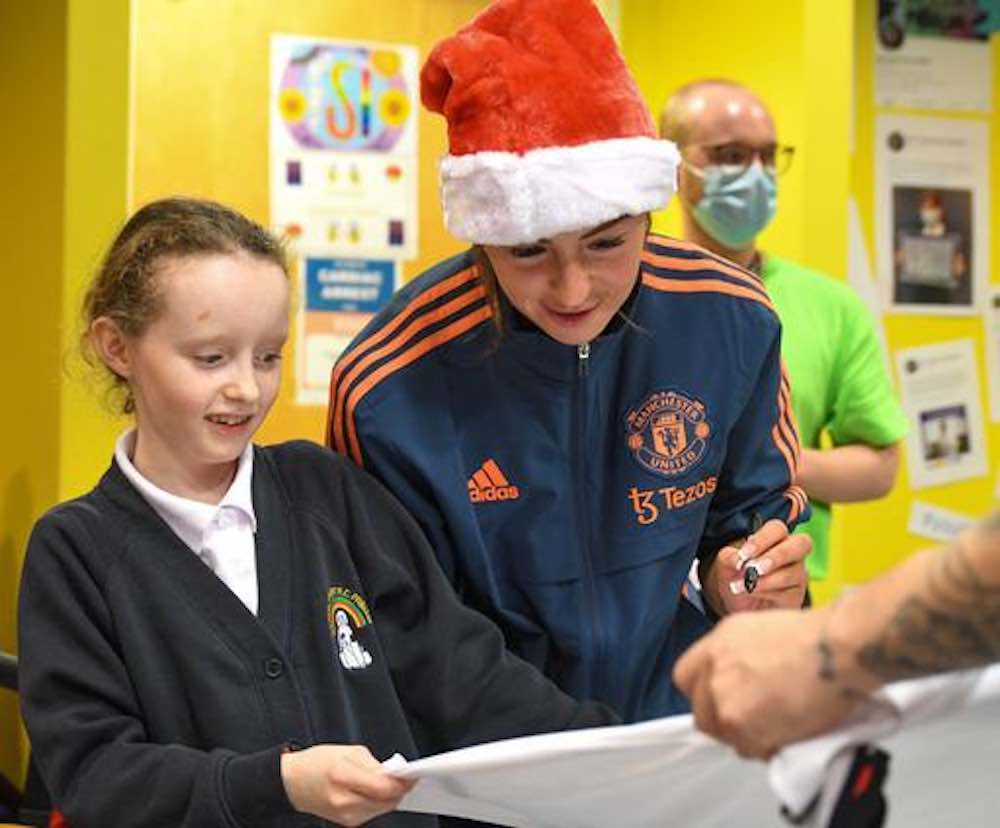 Katie, whose mum was a former staff member at Royal Manchester Children’s Hospital, understood the importance of the visit.

“It’s been amazing for us to put a smile on the children’s faces; it’s something that we really look forward to every year, that we can come and spread our energy and love to the children who hopefully will be getting better soon,” said Katie.

“We know how big of a club Manchester United is, but at the heart of it is always the community.”

Spending time at Francis House in Didsbury, Ella Toone said: “It was nice to spend some time giving gifts to some fans. It was really moving; it’s nice to show our faces and hopefully make some of the families smile.”

So far this year, over 2,400 items of Adidas kit has been donated and distributed to Foundation participants and over 55,000 United-themed hats, gloves and scarves have been delivered to young people to support them through the winter months.