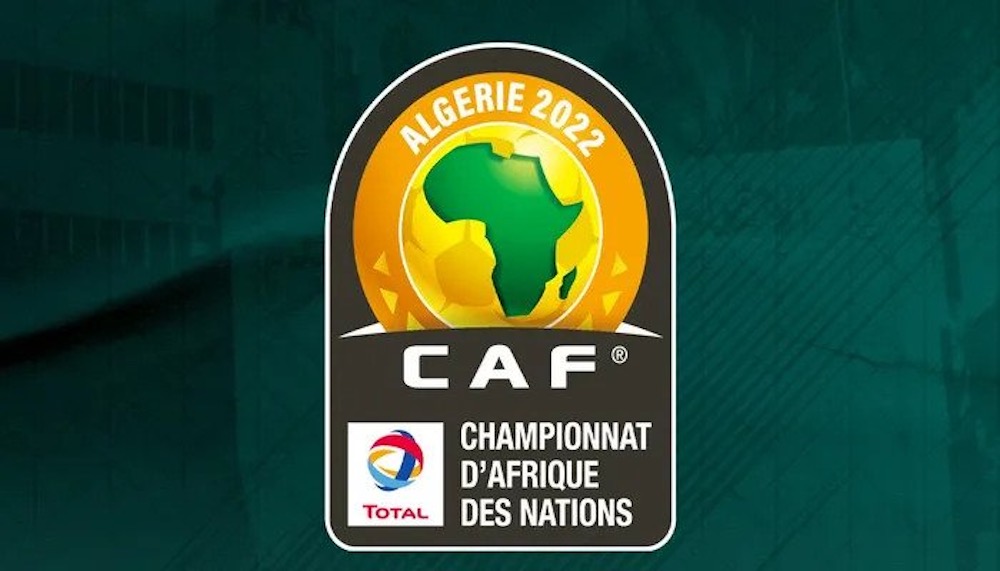 A shootout between Mozambique and Libya left the latter eliminated from moving onto the last eight. An early own goal where Chico deflected a Libyan cross into the back of the net.
For a long while, it seemed like it would be yet another 1-0 win, but the 55th-minute substitution of Melque changed everything. 20 minutes after he stepped foot on the pitch, Melque showed some individual brilliance when he got the ball on the wing, cut inside to the edge of the 18, and fired a goal to the near post.
Mozambique carried its momentum to its second goal six minutes later, where winger Nelson fired in a cross to the middle of the box. Nené, another super-sub, latched onto it, drilling his header out of reach of the Libyan keeper. Mozambique continued its scoring spree with a goal in the 84th minute. Melque got the ball in the same spot where he created his first goal, but instead of going for glory, he played a perfect ball to Lau King, who buried the chance. 3-1, Mozambique.
Libya got a second goal when Victor Guambe played a pass towards the grateful Libya striker Anis Saltou, who withstood a rough tackle from Guambe to convert the golden opportunity. But Libya could not equalize and get a point back, knocking them out of the competition.
It was Melque who was the man of the match, who came off the bench to create two goals and steered Mozambique from a one-goal deficit to a comfy two-goal lead. With the help of Nelson, midfield anchor Amadu, and striker Isac, Mozambique infiltrated the opposing box often and controlled the tempo of the game(to a degree). Belqasem Rajab was the heart of Libya in this game, and he carried the team to an okay performance as they struggled to convert their many chances.

Algeria booked a trip to the last eight with a win over a stubborn Ethiopia side. Aimen Mahious‘ beautiful finish that the Ethiopian keeper could not hold prevented parity as Algeria earned their second win of the tournament. Bookies favor Mahious’ side to win the entire tournament, and with a strong performance against the contending Ethiopians, their dream may soon become a reality.
Yet, it was a close game. Algeria held 48% of the possession and completed around 50 fewer passes than their foes, but let off 14 shots(five were on target). They got inside the box and created great chances.
Although Mahious was there to finish off a very good corner from USM Alger winger Meziane Bentahar, the work of the midfield(Kendouci, Zakaria Draoui, and Houssem Eddine Mrezigue) carried the Fennec Foxes to success.
With a point against Mozambique in the third matchup, Algeria will clinch third place in Group A. For Ethiopia, a win against Libya and a Mozambique loss to Algeria could put them through with a good enough goal differential.
The whole Algerian team played well, but the performances of Bentahar(who got the assist), Kendouci, Draoui, Mrezigue, and Mahious all stood out. Ethiopia’s Solomon kept the offense from getting started and had another great performance, although it was in vain.

Player of the Match: Congolese and AS Vita Club center-back Guy Magema

The Ivory Coast collected its first point of the tournament with a scoreless stalemate against DR Congo. Neither side could get their chances to land, despite their quality. Both of the teams’ number nines, Vignon Ouotro and Jean-Marc Makusu, were inefficient at best and mediocre at worst. It only made sense that the match would be a battle of the defenses.
It was the Congolese back line who starred in this 90-minute slog for a point apiece. Mazembe keeper Baggio Siadi came up with five saves, and the wingback pairing of Chadrack Isaka and Issama Mpeko was solid, but the center-back duo of Guy Magema and Ikoyo Iyembe was elite.
They combined for 105 touches, over a quarter of the team’s total touches. Magema was the main attraction in Constantine, as he accumulated five tackles, four interceptions, nine clearances, and completed eight of sixteen long balls.
Other stars of the match include Ivorian wingback Kouassi Attouhoula and Ivorian keeper Charles Ayayi. Ivory Coast’s Zougrana put in another great effort(despite his late second yellow card), and Congo’s Maxi Nzengeli reprised his role as the squad’s chief creator.

Uganda shocked Senegal with a tight 1-0 win to thrust themselves into first place in Group B. Senegal’s profligacy was on full display, as Cheikh Sidibe missed a penalty in the middle of the first half. With Vipers winger Milton Karisa(who had a disallowed goal against DR Congo) converting a deflected shot, Uganda held on to collect the full three points.
A win against a struggling Ivory Coast side will clinch first place in Group B. Yet, the margins between the teams are so fine that despite being in first place, a loss could bounce Uganda out of the competition.
It was far from a dominant performance for Uganda. Senegal had 18 shots, three times more than Uganda, but could only steer four of them on target. Senegal held 62% possession, hit the woodwork once, and they did everything right. Yet, with sheer luck or Senegal’s inability to convert chances, Uganda emerged victorious thanks to Karisa’s shot.
Lamine Camara asserted himself as a midfield maestro, completing 46 out of 56 passes, and 15 out of 19 long balls. He was physical and imposing in the match, and he had two shots on target. The Metz target will be key in putting Senegal in the last eight(which they can do with a win, but may not do with a draw.
Nafiani Alionzi, who had four saves including a big penalty stop, was the main factor in Uganda’s success. Previous goalscorer Moussa Ndiaye, star Ugandan defender Kenneth Semakula, and creative playmaker Derrick Ndahiro also had a lot of good performances.

Player of the Match: Ghanaian and Hearts of Oak center-back Konadu Yiadom

Ghana found themselves threatened by Sudan early in their second group stage fixture but ended up easing to a four-goal thrilling win over Sudan. Sudan opened the scoring with a beautiful bit of link-up play that exposed the Ghanaian defense. Mohamed Abdelrahman who got the assist and young prodigy Al-Golozi Nooh who finished the beautiful sequence.

But, not long after, Ghana surged back. Dennis Korsah banged in a powerful cross to the back of the box, where Solomon Adomako waited. Adomako banged his header toward Konadu Yiadom, who prodded a shot toward the goal.
Yiadom’s shot took a heavy deflection on the way in, giving Ghana its first goal. After Ahmed Adam tripped Daniel Afriyie in the box, officials awarded Ghana a penalty(with the help of VAR). Afriyie slotted his penalty to the bottom left, giving Ghana the lead.
Ghana kept up its scoring streak with a stoppage-time, chaotic goal from Seidu Suraj. He caught the Sudan keeper out of position when Simba Sylvester sent in a cross to Jonah Attuquaye. A defender cut the pass out, but Suraj was there to bring an end to the game.
With the win, Ghana secures qualification to the last eight. Sudan will have an uphill battle to qualify, but a win, but a win against Madagascar would guarantee them qualification to the quarter-finals.
Konadu Yiadom’s performance elevated Ghana to a higher level. His deflected shot kickstarted a scoring spree. The Hearts of Oak defender not only provided fiery offense but dogged defending. He had nine clearances and three interceptions along with 7 won duels of 11 total.
Yiadom also showed his pinpoint passing, as he had 87% passing accuracy and 55 total touches. The 22-year-old could definitely make a move away from Ghana to a more competitive league elsewhere in Africa, or even in leagues from Belgium, Germany, Italy, and more.
Other impressive players included star Ghana keeper Ibrahim Danlad, who had three saves, and Sudan defender Salaheldin Nemer, who was imperious on defense.

Angola left itself in a tough situation when they drew with an underdog Mauritania side. They only have two points following a 3-3 draw to Mali. The only way Angola can advance would be with a scoreless stalemate in the Mali-Mauritania match, and then a drawing of lots between Angola and Mali to decide the group champion. There were countless chances for the Angolans, as lead striker Depú (who scored a brace against Mali) and the Angolan attack could not connect with anything.
The highlight that summarized the game was when Depú raced onto the ball in the wider areas. Spotting Gilberto at the back post, he boomed in a strong cross to freeze the keeper and give Gilberto an open net. But Gilberto knocked his shot wide and off target. The miss evoked memories of Raheem Sterling in the 2020 Champions League quarter-finals.
Angola’s disappointment is not Quinito’s fault at all. The defender started up most of Angola’s attacks, completing 85 passes and getting 104 touches. He completed eight of twelve long balls and was key in stopping counter-attacks with four clearances. He was one of the main reasons Angola’s back line was so sturdy, and it’s a noticeable improvement from when they gave up four to Mali.
Other players who were good in the game include fellow Angola center-back Lulas, Angola midfielder Alem, and Mauritania keeper Namori Diaw.

Niger and Congo battled to another scoreless draw. The draw means that Congo is eliminated from the last eight, and Niger must beat Cameroon to go through. Although it was a stale game, as neither side could create nor convert chances, the highlight came when Déo Bassinga tucked away an incredible finish in the second half, but had his goal disallowed due to offsides.
As is usual in scoreless draws, it was the defense who showed their skills in the matchup. Having held 57% possession and firing off 12 shots, Congo controlled the pace of the match. 20-year-old Janard Mbemba made full use of that, getting upfield often and intercepting several passes. He was a nightmare to try to attack, as he had two clearances and won five aerial duels. Along with the Congolese back line in Arnavy Mombouli, Luifrid Lessomo, and Bryock Malonga, they controlled the ball well, kept the clean sheet, and created a lot of good opportunities even though it amounted to nothing.
On the other side, Nigerien keeper Mahamadou Djibo and Nigerien striker Abdoul Aziz Ibrahim played pretty well for their side as they set up a do-or-die fixture against Cameroon. 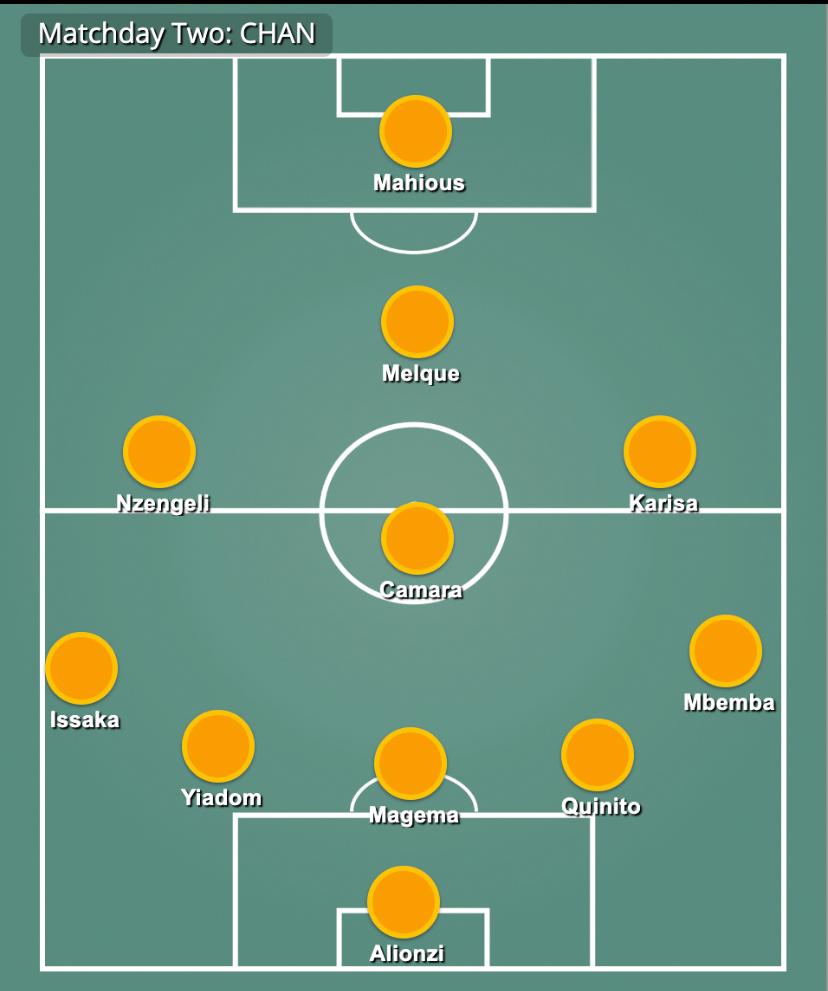 Morocco: 0 points: Morocco dropped out of CHAN after a row between Morocco and hosts Algeria. Morocco expected to be able to fly directly to Constantine, where they would play their three group-stage matches. Yet, due to political tension between the two nations, Morocco decided to more or less pull out.